Weeks 3 & 4: Am I an apostate if I prefer Jesus Christ to Russell Nelson? 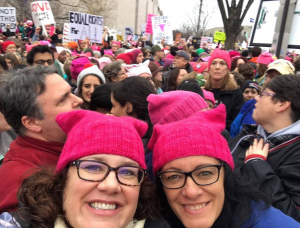 A couple of Sundays ago  I preached three back to back sermons at All Souls Anglican church on ‘The Way of Jesus and the Women’s March in Washington DC.’
My family, dressed in their Mormon Sunday best, sat on the front row listening to my discourse on the feminist Jesus.   I was so happy that my boys were able to witness the depth of my love for Jesus and why as a woman Jesus continues to mean so much to me.  I was pleased that they were able to see the gratitude of the congregation as they greeted me with congratulations.

It felt good that my sons got to see me as religiously respected.  The last time I tried to talk about Jesus and women in my ward, people left the room.  My boys were privy to the shouting that happened in the aftermath.  ‘She spoils every Sunday’ was the noisy accusation.

After preaching last Sunday I went to my ward.  I snuck in the back and listened to testimonies about Russell Nelson, and I felt oddly adrift.  Maybe that’s because I don’t have a testimony of President Nelson.  Nathan does.  He has confidence that the succession of the Presidency is all by divine decree, and that Russell Nelson’s tenure as President of the church is meant to be.   When I look back I might have said the same thing once.  I’m not sure what happened,  except that one day my eyes seemed open wider than the day before and it no longer felt very true.   So, church was somewhat unsatisfying.  I show up because I want to worship God, not Russell Nelson.

I remember when I was baptised at 8 years old.  I loved the idea of being in a special relationship with Jesus, so my baptism was a profound experience.  But, I feel like there’s been a bait and switch.  Because, now, without even realising it, my Mormon belonging is not so much premised on my acceptance of Jesus as my Saviour, its premised on my acceptance of and devoted attention to the ‘Brethren’.   As a Mormon, I’m supposed to follow them.  Following the Prophet I’m assured will never lead me or the church astray.  But the trouble is, I have been lead astray and on many occasions.

Take last week for instance.  In the Press Conference in which the newly constituted First Presidency presented themselves to the world, Dallin Oaks said this:

“I think its also valuable to remember something that I have found useful to cite when I talk to youth.  I remind them that its dangerous to label themselves as a particular nationality,  geographic origin, ethnic circumstance or whatever it may be.  Because the most important thing about us is that we are all children of God.”

There was a time in my life where I took this injunction to live a ‘Gospel Culture’ before everything else.  I wanted to make sure that I was living a life recognisable to the Prophet and affirmed by him as the way I should be as a Mormon.   But it was impossible, and it had me reeling away from everything that gave me firm ground to stand upon so that I could grow and flourish.  Everyone needs to sink their roots deep into ground that is stable and true.  So, it wasn’t until I really owned my ancestral, national, ethnic, political, gender and cultural identities that I began to feel solid and my relationship with God blossomed.   The years of my trying to become something I’m not, nor will ever be, could have been better spent.  But,  who continues to pay the cost for that part of my life filled with anxiety about my not-enoughness, and the poor decision making that ensued?  I do.  Not Dallin Oaks.

Sure, there are some things LDS apostles and prophets say that I consider good to know, worthwhile, even uplifting at times.   But, my heart tells me that I’m not required to follow anyone but Jesus. His was a personal invitation, and I take it personally. To follow someone suggests that I am their disciple. If I follow President Oaks, I am a disciple of Dallin Oaks. If I choose to follow President Nelson, that makes me his disciple, His student. But, neither President Oaks or Nelson treat me like a student. A student/teacher relationship based on the Jesus teaching model, out of which came Christian discipleship, involves meaning-making, dialogue, questioning, thoughtful engagement, storytelling, immersion in sacred text, and being open to the arguments and wrestle that often ensues.

So, if I see President Nelson and the General Authorities of the LDS Church as distinct from God, and if I feel no obligation to follow them unless their petitions and counsel line up with personal revelation and scripture, does that mean I’m an apostate?

If Jesus Christ is more important to me than LDS Church leaders, does that make me an apostate?

If I can’t reconcile the Gospel of Jesus Christ with some of the policies and practices of the LDS Church, does that make me an apostate?

A couple of weeks ago I preached the Way of Jesus and the Woman’s March on Washington DC.  My family came in support, and they were so proud of me.     But, would President Nelson have been proud of me?  I doubt it.

Fortunately,  I don’t really care, because my spiritual becoming isn’t President Nelson’s business.  It’s God’s, and She was all over it. 😉

It’s likely that people are going to be terribly offended by my lack of loyalty to the President of the LDS Church.   This will be more important to them than my devotion to Jesus Christ and I fully expect the pitchforks.     But, if I can’t be honest, if I have to swallow down my true feelings or questions, what kind of religious life is that for anyone?   So, based on the last couple of weeks at the LDS Church, I don’t feel any real reason to stay except that it’s my spiritual home – even if its a vexed one. 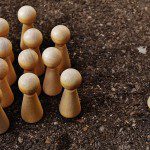 January 17, 2018
Dear First Presidency: We are not your flavours
Next Post

March 28, 2018 The First Presidency Letter on Clergy Sexual Abuse That Never Came
Recent Comments
0 | Leave a Comment
""Kiwimormon" So called intellectuals are pretty ignorant. May 2021 Gates couldn't save their marriage. How ..."
Once were warrior Hoarding the Sacrifices of the Ordinary
"The BoM account in Alma 63 doesn't mention the destination of those "ships", indeed, whoever ..."
Douglas Self What ever happened to Hagoth?
"There's no certainty that Hagoth himself was aboard any of these ships; nor that the ..."
Douglas Self What ever happened to Hagoth?
"President Nelson would be horrified if he tought people loved him more than Jesus Christ."
Wendy Quirke Weeks 3 & 4: Am I ..."
Browse Our Archives
get the latest from
KiwiMormon
Sign up for our newsletter
Related posts from KiwiMormon