In the Wake of General Conference: Let’s Talk About Spiritual Abuse 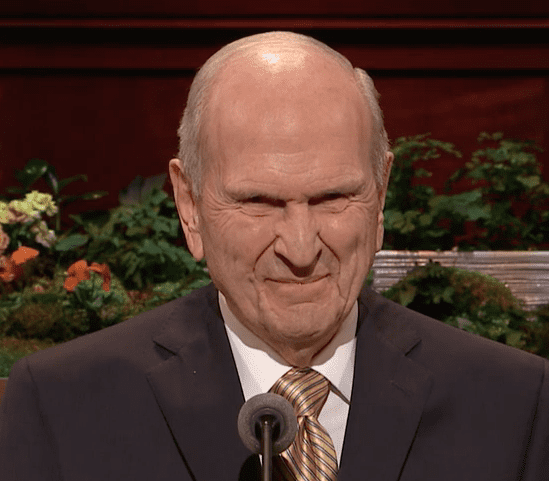 Zina Huntington (1821-1901) was a young woman in her prime when she married Henry Jacobs.   But Joseph Smith had long fancied her.   Her marriage to Henry, however, was no impediment to Joseph whose superior priesthood afforded him the right to approach the married Zina with a polygamous marriage proposal. This he did proclaiming that he’d had a revelation involving (you guessed it) flaming swords and angels and threats of death.  She finally consented.

When Joseph Smith was killed, Zina was claimed by Brigham Young as deceased estate.

How did Joseph and Brigham convince Zina to deprive herself  of the romantic love that she appeared to have with Henry?

They spiritually abused her.

They used their power to manipulate her.  They appealed to her spiritual sensitivities and that deeper sense of ‘moreness’ that is associated with spiritual feeling.  They could do this because they had set up a vertical structure with them at the top.   From there they declared their ‘revelation’ to be superior and the church was obligated to treat their declarations as good as God.  If the people didn’t follow them, they were warned that their disobedience would lead to dire mortal and spiritual consequences.

It’s not a new thing.  Those claiming priestly or prophetic status were making a mess of God back in the days of Jeremiah, enough for him to lament:

“From the least to the greatest,
all are greedy for gain;
prophets and priests alike,
all practice deceit.
14 They dress the wound of my people
as though it were not serious.
‘Peace, peace,’ they say,
when there is no peace.

The trouble is,  our soul selves, our spiritual selves are probably the most wide-open part of us.  We want to feel that there is more to us than just our bodies, our minds, and this life.   And we get a sense of our moreness in prayer, or reading scripture, or seeing a landscape, or hearing a beautiful song that hints at a frequency of love that hums under and through our hearts.

But, many of our religious traditions aren’t always committed to our spiritual formation.  Spiritual formation is that training that is necessary for us to read our spirituality well, and to manage it healthfully.    It takes time, effort, gentle guidance and maturity to spiritually form.   But many religious traditions have a history of arousing our spiritual feeling, and then exploiting that spiritual tenderness.  They imprint the church’s authority onto our opening souls and make the church’s discourses, demands and beliefs a compulsory spiritual language through which we are to understand the Divine’s working in us.

Much like Zina Huntington who would go on to attest that she did the right thing, even though she  mournfully observed that:

“…a successful polygamous wife must regard her husband with indifference, and with no other feeling than that of reverence, for love we regard as a false sentiment; a feeling which should have no existence in polygamy.”[1]

Zina was never to experience an intimate pair bond with Joseph or with Brigham.  She was deprived of a loving sexual and life partner that she may have found in Henry, her chosen husband.  This power to decide what was right for her heart was removed from her by the religious authority of men who exploited her spiritually to satisfy their own ego needs.

I say this because General Conference has just passed and it strikes me that while Conference builds religious resolve it may also spiritual weaken.   As well as being a theological muddle, General Conference is what you get when you combine a disinterest in spiritual formation, with a febrific desire to secure religious commitment by theologically and exegetically untrained white males with profound ego needs.  Oaks wants us to ride his same-sex marriage hobby horse which always has dire consequences for the Mormon LGBTQ community.   And Nelson (whose intention to court adoration has been troubling in the extreme)  has now directed the womenfolk off social media (which might be a good thing because sensitive feminine hearts might be affronted by the now offensive name ‘Mormon’).

If the intention was for us to be spiritually well formed then it didn’t show.   General Conference demonstrated that the General Authorities of the Church of Jesus Christ of Latter-day Saints, however well-intentioned some may be, are theologically careless and contradictory and in order to cover over their dullness in scriptural exegesis many resorted to religious drum-beating leading to a kind of grating ego filled spiritual falsity:

“The way you can spot a false system is that the leaders require the place of honor.  It is our belief that the less secure a leader is, the more important titles will be to him or her.”[2]

Shaming us into agreeing with the leaders’ positions is a spiritual abuse and is really about our religious leaders using their institutional power to meet their ego needs.   People with ego needs who support false spiritual systems too often enjoy descending from pulpits knowing that the people will be frantically and even hopefully doing what they are told.  Even when those pronouncements are destined to keep the people spiritually half-starved.

“When all is said and done, abusive spirituality is more interested in supporting doctrines (spiritual mind-sets, mentalities, ways of viewing God) than in supporting people. It is not interested in learning the true conditions in which God builds a living relationship with people—by grace, for free, to become a wellspring of inner spiritual resource.”[3]

I’ve had the many experiences wherein I’ve felt the pressure to take the ‘counsel’ of my male leaders seriously only to find that that path is a spiritual dead-end and didn’t really serve my spiritual needs after-all.   Too often I would ignore the quieter voice of the spirit in favour of that louder demanding voice of my male leaders which, in the end, made my spiritual burdens heavier, not lighter.

So, I feel safe in saying to all of the Presidents and men with titles who think they have the power to order my spiritual world and the spiritual world of young women like Zina Huntington,

‘No.
I belong to God.
I don’t belong to you.
And if you think I can only get to God through you,
you don’t know God.’

September 17, 2018
When Church Leaders are More Important than Church Children
Next Post

December 9, 2018 When the LDS Church Disciplines a Woman
Recent Comments
0 | Leave a Comment
Browse Our Archives
get the latest from
KiwiMormon
Sign up for our newsletter
Related posts from KiwiMormon