​What Can We Do to Bring Hope to Suffering Children?

​What Can We Do to Bring Hope to Suffering Children? December 15, 2017 Dr. KP Yohannan

Due to acute poverty in the rural villages, abandoning children is a choice that some parents are almost forced to make. An online search reveals . . . the horrible situations in which children in this generation find themselves trapped.

In India alone, there are 11 million children . . . who have been abandoned, and 90 percent of them are girls.[i] Three million of these children end up living on the streets. [ii] 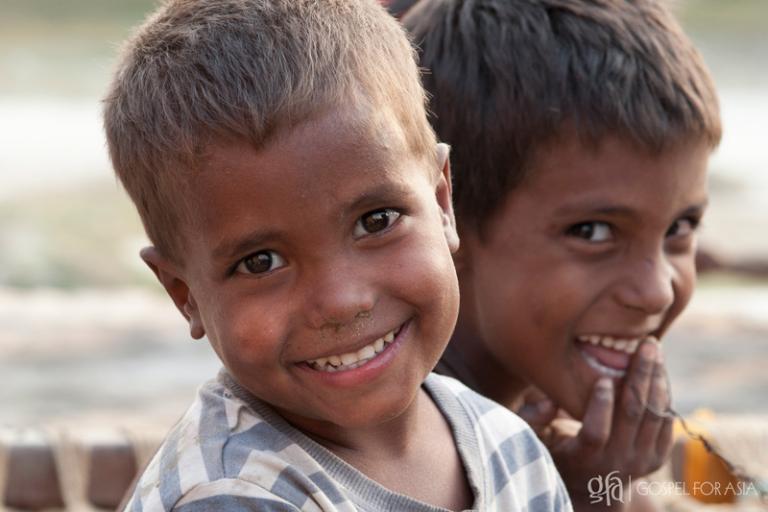 We encountered one such street child just outside a GFA-supported Bridge of Hope center; she had been living on the railroad tracks. At about three in the afternoon, as all the students were going home, one of the staff members saw a little girl standing all alone with her head down, weeping and not saying a word. She couldn’t have been more than 9 years old.

The teacher approached her to ask what was wrong, but she could not stop crying. Eventually, in barely a whisper, these words came out: “My brother also died.”

Then her story started to tumble out. Her parents had died several years earlier, and she had been left living on the railroad tracks with her brother. That was until he, too, recently passed away.

The little girl said that the children she used to play with were all gone. They left her and were now in the center. So she had come to ask, “Would you take me too?”

Of course we did. But the sad reality remains that most such children do not find a place of hope like this.

Throughout the slums of Asia, there are millions of children living with only one of their parents. Many dads and moms have died because of easily preventable diseases. Some are simply overworked, their bodies failing because of exhaustion and undernourishment. If the father is gone, it becomes even harder for a family to survive. There is a huge social stigma attached to being a widow that makes it very difficult for the mom to get a job.

Even when both parents are alive, they spend so much time working menial jobs just to survive, like cleaning streets or working in a landlord’s field, that they end up with few hours to spend at home with their kids. Children left in such conditions easily become rowdy and uncontrollable.

This is just what happened to two young boys. Their father had left the family in order to go to a big city where he thought he could make some money. Vichy and Tusli, ages 9 and 7, quickly became quite disobedient.

The father had thoughtfully left their mother some money to help care for the family while he was gone. Vichy and Tusli promptly stole it and wasted it.

Their lives were spinning out of control. They would wander around the slum stealing from people, harassing other children and generally being troublemakers. Everyone considered these boys a headache, but no one knew what to do with them. Many were actually afraid of them and didn’t want to stir up any trouble for themselves. 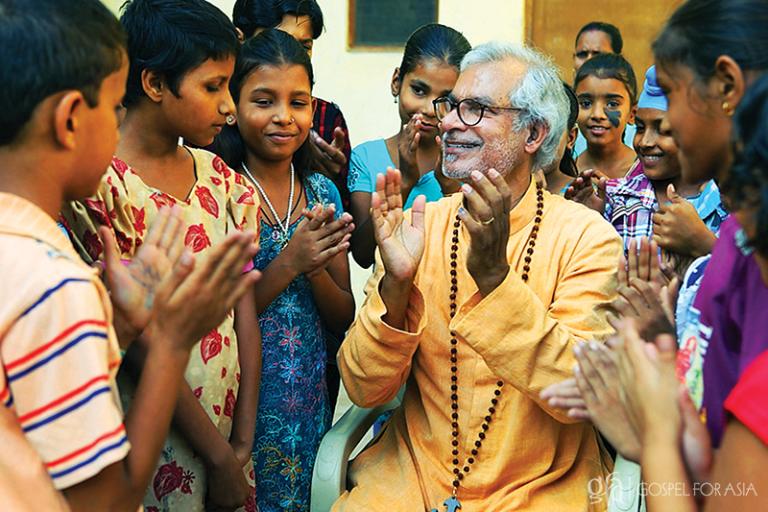 When Yadav, the leader of the local Bridge of Hope center, found out about the plight of this family, he was burdened by the Lord to help. He made arrangements for these two brothers to be enrolled in the center. It took a great deal of patience just to get these unruly boys to sit through their lessons. Yadav devoted a lot of his time to helping them and would pray for them as he taught them how to live. Slowly he instilled discipline into them and demonstrated respect and kindness while sharing lessons from the Bible.

The two boys started to change, and eventually, their lives turned around completely. . . .

God is able to work amazing transformations in the lives of such children, and we have seen Him using Bridge of Hope to bring hope into their lives. But for the millions of children still waiting in the rural villages and slums, there remains little chance of change unless someone can step in and help. . . .

One of the most shocking reports I ever read appeared in the Indian Express several years ago. On the front page was a photo of a little boy, half naked, lying on the sidewalk of a busy street. Next to the boy was a dog. Upon closer inspection, I saw that it was a female dog, and the little boy was actually sucking her milk. The caption read, “This Dog Is His Mother.” The three-column article went on to describe the heartbreaking agony that homeless children face as they try to survive on their own. 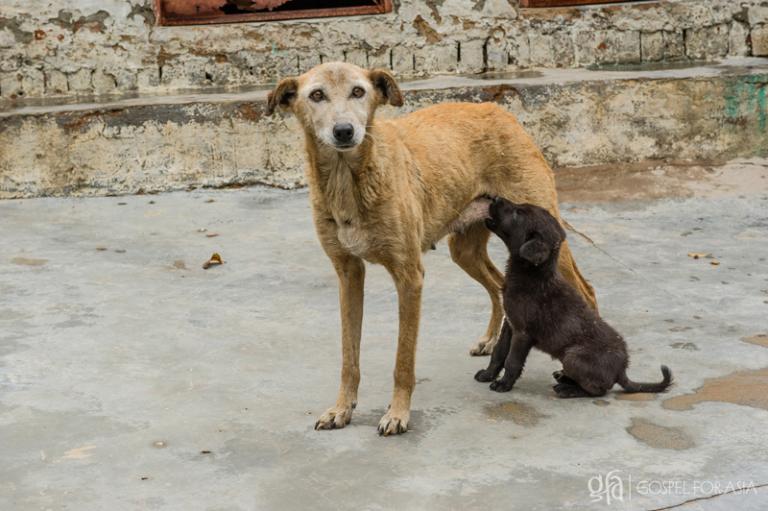 That article came out several years ago, and I wish I could report that things have gotten better. But I can’t because the media keep telling me otherwise.

During one of our weekly prayer meetings, a staff member presented a story he had read recently on the BBC News website. Here was a photo of two little children, maybe 3 or 4 years old. Their stomachs were distended eight to ten inches out from their bodies. They lived near a quarry where their parents worked. The earnings from their backbreaking hours of labor produced enough for only one meal a day. In their desperate hunger, the children had eaten mud from the quarry, making them sick. In fact, one of the two was already showing signs of early kidney failure. . . .

My heart aches as I hear what is happening to God’s innocent creations. It is hard to realize this is not a novel, this is not a movie, and this is not even a nightmare. This is reality—reality for millions of children on the earth at this very hour.

The reason for such brutality, pain, abuse and all suffering is, in a word, sin. This sort of agony is not the way God meant for us to live when He created us. But Satan came to destroy, tear down and kill (see John 10:10), and he is at the source of this heartache, leaving these children hurting and destitute.

Looking into their faces, you won’t see innocence and trust, but rather hunger, pain, suspicion and fear.

When we see their plight, we ask ourselves, why is this happening? Is there an answer to their suffering? Who are these desperate children in crisis, and what can we do to bring them hope?

I have a huge dream that someday we can help half a million children and give them hope for a better future in the name of our Lord. I was just in Delhi and helped hand out blankets to people sleeping on the streets. I found out there are 100,000 people who are homeless in Delhi. Fifty percent of them are children. With the government and all the organizations combined, 3,000 of these people are being helped. What is happening to the rest of these 100,000 people?

Through Gospel for Asia’s Bridge of Hope Program GFA is able to be a part of helping 82,000 children in Asia in desperate need. Each child is enrolled in a center and receives a uniform, a backpack and school supplies like pencils and books. They get a hot meal each day and are cared for by the staff. Every year they get a medical checkup. This is the first time many of these children have seen a doctor.

My heart hurts with how much is left to be done to reach these little ones who are deprived of so much. But today there is an answer for 82,000 children that once were without hope. Today there is a way to offer the many who are still in desperate need a better tomorrow.

To find out more about Gospel for Asia’s Bridge of Hope Program, check out this recent report from Asia.

To get your own free copy of No Longer a Slumdog, go here. 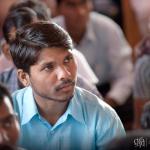 December 12, 2017
Lack of Humility is the Proof of Counterfeit Spirituality
Next Post 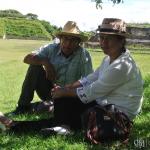 December 17, 2017 My Tribute to a Migrant Worker, His Story & Our Ongoing Friendship
Recent Comments
1 Comment | Leave a Comment
"Amen, Dr. Yohannan. The gospel is the most important thing there is, and we believers ..."
Eileen Six Days in a Ditch
"Amen and amen brother Jesus has call us to continue his work on this earth ..."
Marie God’s Purpose for You
"Amen."
Eileen We Must See the Real Jesus
"Good article!"
Roger McKinney Where is God in the COVID–19?
Browse Our Archives
get the latest from
Living in the Light of Eternity
Sign up for our newsletter
POPULAR AT PATHEOS Evangelical
1