Radio: The Church Needs to Rethink the Way it Communicates

The purpose of World Radio Day, held yearly on February 13, is to celebrate the profound influence of radio. At a relatively cheap cost, radio continues to impact lives all around the world in countless ways.

Since the conception of this annual event in 2012, each year a unique theme has been chosen such as:

This year’s theme is Radio and Sports.

I doubt that the General Assembly of the United Nations, which endorsed the proclamation of World Radio Day and thereby made it a time to be celebrated by all U.N. agencies and their partners, will ever choose the theme of “Radio and Religion.” But as an ordained minister who spent 20 years of my life broadcasting 15 minutes a day, six days a week on more than 500 outlets, I do have some initial thoughts I’d like to share on this topic.

To begin with, I see radio as incredibly personal. People seldom listen to the radio when in a group setting. They tune in as individuals. Exceptions could be pointed out, like hearing the play-by-play of a ballgame when in the car with a friend. But generally speaking, radio is more personal than, say, television, where several people will often watch a show together.

I believe this simple observation has a strong bearing on the question of how, for example, the church best makes use of radio. Through the centuries, the normal way the church has communicated is by preaching. This lecture method can be quite effective when talking to a group. But when it’s a one-on-one conversation (which most of radio is), “projecting like a preacher” is generally not the easiest or best way to build a following. 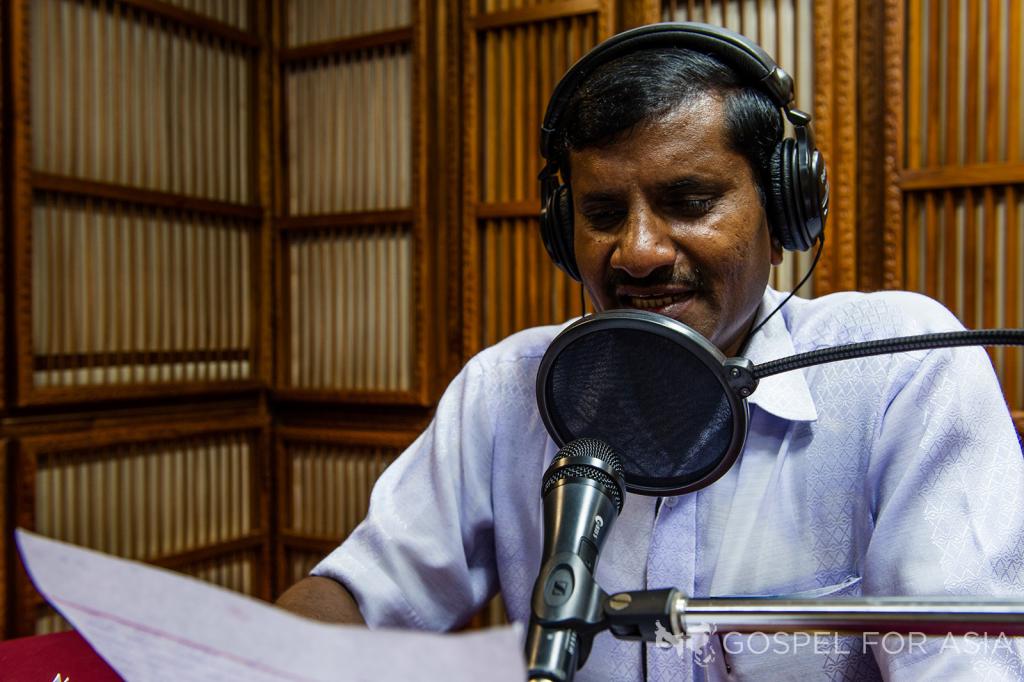 I’m not saying it can’t be done. There are still some incredibly gifted preachers around. But ask yourself, “Wouldn’t using a preacher voice in a normal one-on-one conversation with someone seem out-of-place?” After a short while you would ask, “Why are you talking at me and projecting your voice like that?”

I believe this is the reason many people identify “the preacher sound” when scanning the radio dial, and instantly turn it off. The tone is inappropriate to them!

“How is it, then,” you ask, “that certain ministers have been able to build such large followings on radio?” It’s because church people are accustomed to preaching. To them it’s a carryover of what they’re used to. But it’s not a part of the non-church crowd’s bank of warm memories. What this means to me is simply that when programming religious shows for a secular audience, it’s best to maintain a conversational tone.

I believe this is one of the main reasons Gospel for Asia has been so successful in its radio outreach. Back when Dr. K.P. Yohannan recorded his first program in India, he talked in a normal conversational manner. In the years that have followed, his on-air ministry has mushroomed to 113 languages across 14 nations.

Had he taken the more traditional preaching approach (and Dr. Yohannan is a powerful preacher), I don’t believe he would have seen the same amazing results.

All this is to point out that to use radio effectively, the church needs to rethink the way it communicates. Let me make another observation.

To speak effectively, one needs to know not only what you feel led to say, but also who is in your target audience. Restated, every week the average pastor wrestles with “Who is going to be listening to me, and what is it Jesus wants me to tell them on His behalf?”

Now pay close attention. When you shift the audience—which you do if you broadcast that same sermon on either a religious or secular radio-station—what was appropriate in the first setting (your congregation) doesn’t necessarily fit the second (a radio outlet).

Ministers, who are used to talking primarily to long-time Christians, need to understand that the opportunity to communicate with a secular audience, for example, requires new skills and often a different message. 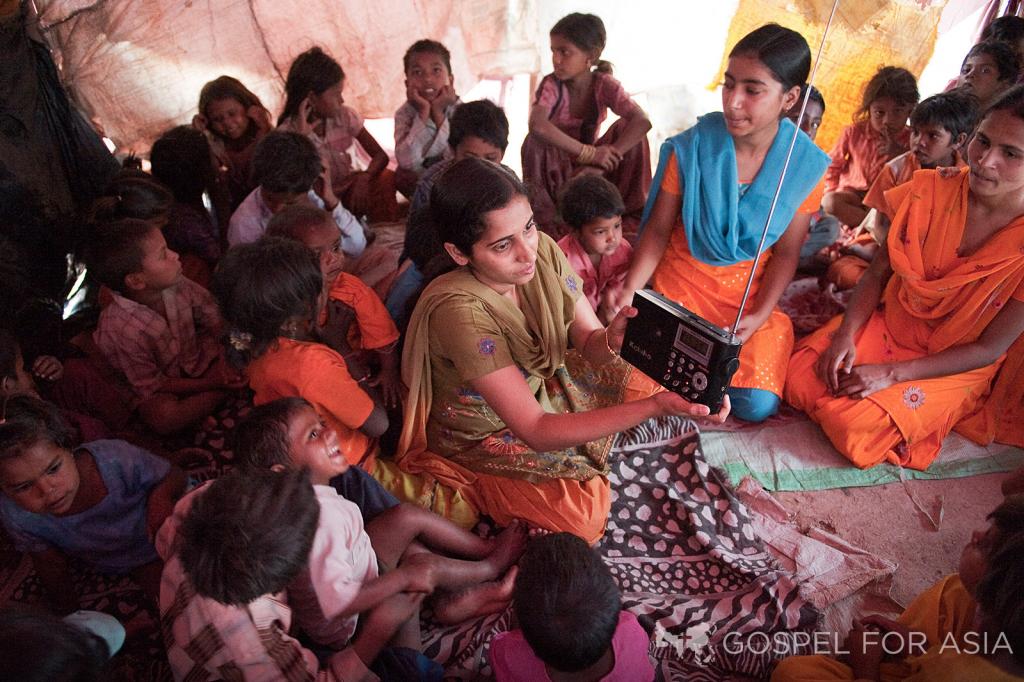 It’s interesting to me that even when Jesus speaks to the seven churches in Asia Minor, as recorded in Revelation chapters two and three, He doesn’t take a one-sermon-fits-all approach. Rather, He delivers seven unique messages, each calling for a different response.

Our Lord’s words in His famous Sermon on the Mount, which was given to what we would probably categorize as an everyman audience, were totally different and much more friendly than when He addressed the Jewish religious leaders in Matthew chapter 23 and called them hypocrites. All of which, once again, says to me that your audience matters, and the one-size-fits-all approach is difficult to pull off.

So even if time is available to purchase on a secular or religious radio outlet, it’s not safe to assume that your sermon, which was carefully prepared for your local church people, is equally appropriate for this much different audience.

The truth be told, if you were asked to speak to a religious gathering of various denominational folk, and also including Catholics and Orthodox listeners, or more daring yet, to a secular audience such as a civic group, a school function or a community gathering, you would prepare very carefully. Your target audience would make you sensitive to your word choices, your illustrations, your overall message thrust, etc. And your first such attempt might leave you feeling a bit overwhelmed. Well, I believe you have to envision a similar learning curve when contemplating speaking via radio to a multivariable church audience on religious radio, or more difficult yet, to a largely non-church crowd.

Well, it’s a big topic about which people have many opinions, and this short article doesn’t begin to explore its depths. So let me conclude by writing that as someone who spent lots of time in studios, carefully fashioning my words for maximum impact, I want the new generation to understand that even though radio has been around for a long time, and yes, its impact is still profound, for the church to use it effectively will still require careful thought and lots of prayer. 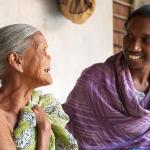 February 9, 2018
In My Country, If You Contract Leprosy, It's Believed You Are Cursed
Next Post

February 16, 2018 For the End to Honor God, the Means Must Honor God
Recent Comments
2 Comments | Leave a Comment
"Amen, Dr. Yohannan. The gospel is the most important thing there is, and we believers ..."
Eileen Six Days in a Ditch
"Amen and amen brother Jesus has call us to continue his work on this earth ..."
Marie God’s Purpose for You
"Amen."
Eileen We Must See the Real Jesus
"Good article!"
Roger McKinney Where is God in the COVID–19?
Browse Our Archives
get the latest from
Living in the Light of Eternity
Sign up for our newsletter
POPULAR AT PATHEOS Evangelical
1

Unbelievable, But True
Preventing Grace
Related posts from Living in the Light of Eternity

Claim and Proclaim the Divine Name. But Why?
Why did Moses ask God to provide his name at the burning...
view all Evangelical blogs
What Are Your Thoughts?leave a comment
Copyright 2008-2020, Patheos. All rights reserved.