Every One of Us is Called by God for His Purposes

Every One of Us is Called by God for His Purposes July 11, 2018 KP Yohannan

There is great significance in the way Paul introduces himself at the start of 2 Timothy: “an apostle of Christ Jesus by the will of God.”

From the first letter he wrote to this his last, Paul knew this one thing: He was called by God.

He is making this fact clear to Timothy, saying, “I want you to know that I have not been running this race for 30 years because I wanted to do it. I haven’t been doing it because Barnabas called me or because a church paid me. I am not in this because my parents said, ‘He will be a servant of God’ or because of some organization or Bible college. My ministry is by His will. I am doing this for one reason: God called me” (see Acts 13:1–2).

Endurance in the Race when You are Called by God

Paul’s reason for making this so clear is because the assurance of your call is the foundational element to staying in the race for the long haul. This knowledge acts as a stronghold to fall back on when the going gets tough. And when the end seems so far out of sight, it is this calling from the Holy One that propels you forward one more step. Everything in your behavior and attitude is influenced, guided and regulated by this one factor.

Although the call of God that we are addressing now refers to the full-time call to ministry, please understand that each and every one of us is called by God for His purposes. As His daughters and sons, and coheirs with Christ, each one of us is called to live as witnesses to His great power, love and mercy.

Vocation does not change this fact. We will all give account of how we have fulfilled the requirement—the privilege—of being His representatives in this world. 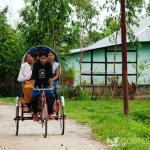 July 3, 2018
Grateful for 82 Years in the "American Miracle" but My Primary Allegiance Is Elsewhere
Next Post 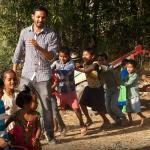 July 20, 2018 Have the Kind of Faith that Defeats Huge Giants with Simple Stones
Recent Comments
1 Comment | Leave a Comment
Browse Our Archives
get the latest updates from
Living in the Light of Eternity
and the Patheos
Evangelical
Channel
POPULAR AT PATHEOS Evangelical
1