The One Key to Love, Unity and Following the Lord

The One Key to Love, Unity and Following the Lord November 16, 2018 KP Yohannan

“You know one of the hardest things I have to deal with is to sit in front of a man who has done awful, stupid things in his life or ministry yet has no conviction of sin. Even if he is caught, he acts as if there is no problem and simply asks for a transfer. I am weary of it.”

These were the exact words to me from a minister whose denomination appointed him as a counselor for its ministers and church workers across several nations.

Many respected Christian agencies report record attrition rates of up to 80 percent for their well-trained, postgraduate field workers. Most barely survive their second term, and only a few make it past their third. The number one reason for leaving the mission field is personal relationship conflicts. They simply can’t get along with their co-workers or the leadership. 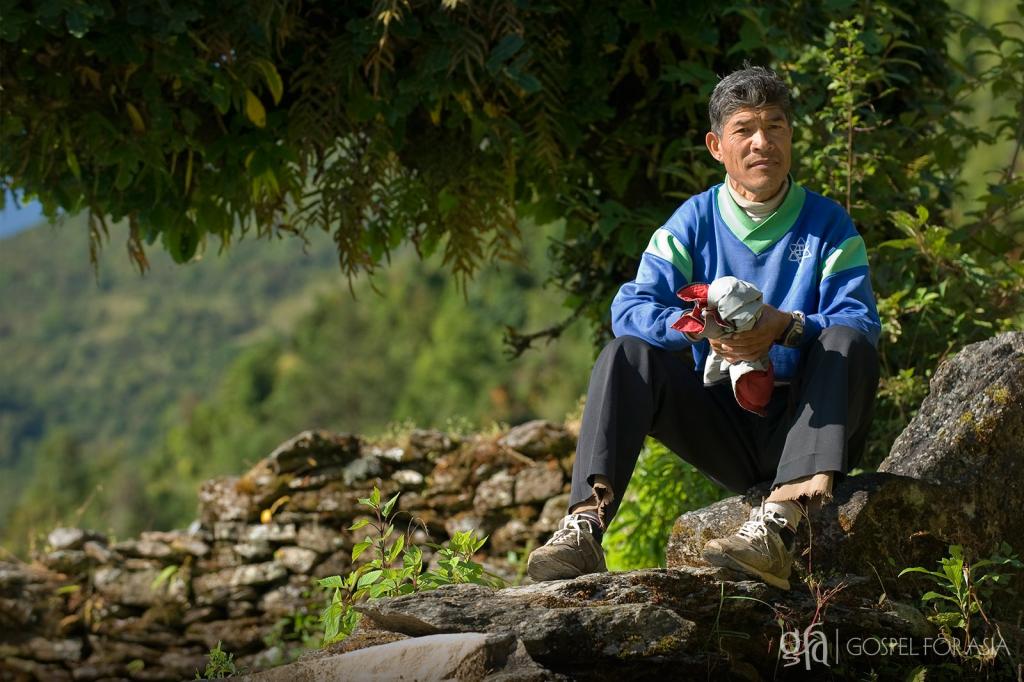 An Unwillingness to Humble Ourselves in Relationship

Recent studies have estimated the divorce rate among born-again Christians in America to be anywhere from 35 percent to as high as 72.5 percent. Incidentally, the likelihood of divorce appears to be identical for both believers and nonbelievers. Most couples file for divorce not because of a spouse’s infidelity, but because of incompatibility. Again, it’s a relationship problem that destroys the foundation of our families and fills our prisons with delinquent teenagers.

Because these reports are not about secular society but represent the condition of the Church at large, we must ask ourselves:

What’s wrong with our hearts that we would produce such a poor testimony?

It seems our hearts are no longer tender toward our God, toward our brothers and sisters in Christ or toward our spouses and families. At the center of each of these relationship problems is our unwillingness to humble ourselves and take responsibility for our sin. Instead, we fight and manipulate others to protect our self-image.

The phrase “I have sinned against you with my words, attitude or response” comes only with great difficulty over our lips. We find it much easier to say, “I just made a dumb mistake . . . forget it.”

What’s missing in our so-called repentance is the deep sorrow the prodigal son had when he realized how much he had hurt the heart of his father. This sorrow caused him to lay aside all pretense and self-protection and then to confess with a broken heart, “Father, I have sinned against heaven and in your sight” (Luke 15:21).

Even When We Are Right, Our Attitude Can Be Hurtful

Several leaders from a mission field I was visiting approached me with the urgent request to help them make peace between two co-workers. I agreed to talk with both men. The interesting thing was that neither one was willing to give in and admit any wrong.

“Even truth can divide and destroy if it is not soaked and covered in love, grace and mercy—and presented with a tender heart.”
I realized that, technically, the brother who was the leader was absolutely right in what he had said and done. If he took his case to a court of law anywhere in the world, he would be vindicated as innocent. But if he was so right, why was the other brother so hurt? Why did he continue to insist he had been wronged?

Finally I spoke to the leader.

“I understand what you said to this brother,” I told him. “But tell me, in what spirit did you speak those words?”

There was dead silence. Then he responded: “I understand what you mean.”

Even truth can divide and destroy if it is not soaked and covered in love, grace and mercy—and presented with a tender heart.

If that tenderness of heart is missing in our relationships with our brothers and sisters, God’s work is greatly hindered. For Jesus said, “If two of you agree on earth concerning anything that they ask, it will be done for them by My Father in heaven” (Matthew 18:19). With these words, the Lord clearly identified the foundation of prayer: oneness in relationship with each other.

How Is Oneness Possible?

Before going to the cross, Jesus prayed His incredible prayer on our behalf recorded in the Gospel of John. His main petition was “that they all may be one” (John 17:21).

But how is this oneness possible? Will it happen if we all think the same thoughts and, as a result, respond to one another with great kindness, love and understanding? And can we achieve these same thoughts by some deeper-level education that eliminates all differences between us and causes us to live above such things?

You already know the answer. 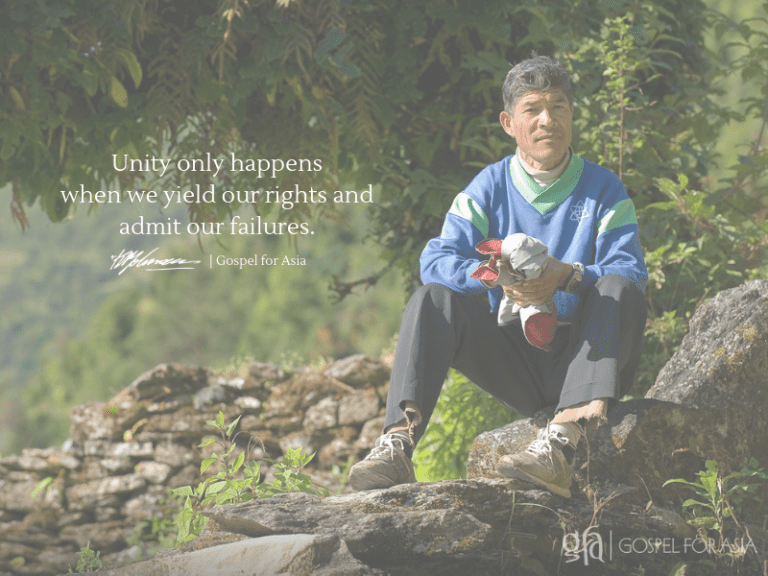 Humanly speaking, that is impossible. Even in a small local fellowship, the believers come from different family backgrounds and upbringings. All have different personalities, behavior patterns, levels of education and spiritual understanding.

However, one key to love, unity and following the Lord is our willingness to take responsibility for our sin. We will say, like the prodigal son, “Father, I have sinned.”

And that attitude will open the way for God to unite us as His people and fulfill His promises. The thief on the cross experienced this truth in the last minutes of his life when he said, “I deserve this punishment for what I have done.” And Jesus immediately responded, “Today you will be with Me in Paradise” (Luke 23:43).

Unity only happens when we yield our rights and admit our failures. If we desire the oneness with our brothers and sisters for which Jesus prayed, then keeping a tender heart is not simply an option, but it is our highest priority.

Whom does the Lord want you to talk to? Don’t put off His best for your life.

Read more posts on relationship and brokenness on Patheos by Dr. KP Yohannan.

Read the booklet The Beauty of Christ through Brokenness by Dr. KP Yohannan Metropolitan. 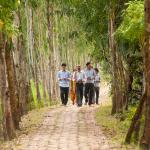 November 14, 2018
Empowerment Happens Through Giving Faith and Potential to People
Next Post 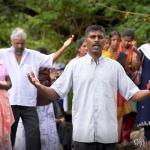 November 21, 2018 Dr. KP Yohannan Shares 7 Practical Ways to Overcome Discouragement
Recent Comments
0 | Leave a Comment
Browse Our Archives
get the latest updates from
Living in the Light of Eternity
and the Patheos
Evangelical
Channel
POPULAR AT PATHEOS Evangelical
1

Let's Talk about Cults--Theologically
Roger E. Olson
Related posts from Living in the Light of Eternity

In Stone and Story: Early Christianity in the...
Dr. Longenecker, a professor at Baylor University who specializes in Christian origins,...
view all Evangelical blogs
What Are Your Thoughts?leave a comment
Copyright 2008-2021, Patheos. All rights reserved.