Living in the Power and Authority of Our King

Living in the Power and Authority of Our King June 18, 2020 KP Yohannan

WILLS POINT, TX – K.P. Yohannan, founder of Gospel for Asia (GFA World and affiliates like Gospel for Asia Canada) shares on Jesus’ desire for us to live in His authority and power.

The Bible tells us that we are no more citizens of this world. Our citizenship is in heaven (Philippians 3:20). We belong to our sovereign King, and His name is Jesus, King of kings and Lord of lords.

How then are we to live and represent our King?

Under a real monarchy, you simply obey the wishes of the king without discussion or question. The Lord Jesus left us with a clear picture of His desires for our generation. We know from Scripture exactly what He wants us to be doing, and that He wants the world to see His life in us. Not only do we have the Holy Spirit to enable us to live this life, we also have Christ’s example for us recorded in the Gospels, and the lives of His apostles and disciples in the book of Acts.

Jesus Wants Us to Operate in His Authority and Power

Christ wants us to move in the same mysterious authority and power that surrounded His earthly ministry. In Matthew 7:29 we read, “For he taught them as one having authority, and not as the scribes.” He confounded the best academics and theologians of His day—as well as kings and rulers of all sorts.

From the beginning of the Church, we see this same quality reproduced among the apostles. In Acts 4, Peter and John were dragged before the Sanhedrin—the most powerful religious court in Israel—and were questioned about where they had received authority and power to heal a cripple. 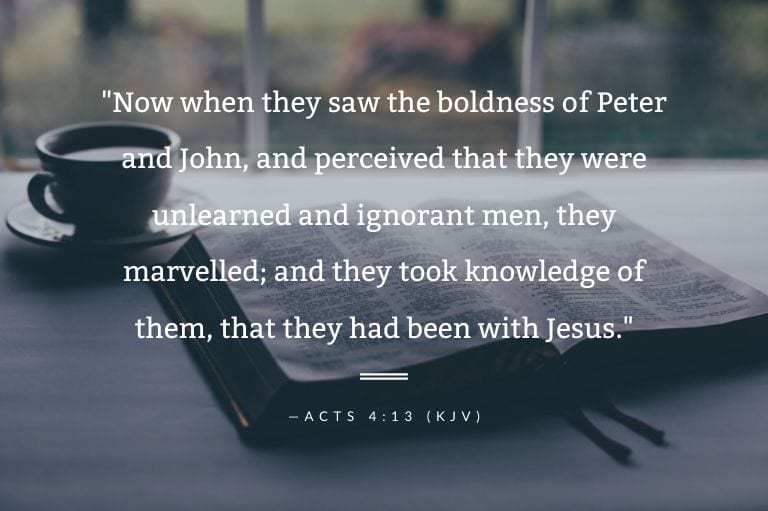 “They Had Been with Jesus”

In verse 10, Peter, in the power of the Holy Spirit, boldly replied, “Be it known unto you all, and to all the people of Israel, that by the name of Jesus Christ of Nazareth, whom ye crucified, whom God raised from the dead, even by him doth this man stand here before you whole.”

This eloquent answer stunned the lawyers and priests. In verse 13 we read, “Now when they saw the boldness of Peter and John, and perceived that they were unlearned and ignorant men, they marveled; and they took knowledge of them, that they had been with Jesus.”

Now we get the full picture. These highly educated, suave, sophisticated leaders recognized that something unusual was happening. Something “out of this world” was going on! They weren’t used to having a bunch of uneducated men answer like that.

By this they knew that these less-educated fishermen had been with Jesus—the same life and energy that blazed out at them from the Galilean they had arrested and killed was alive again in these disciples. And this same Christ-life, lived by the apostles, is also meant for you and me.

Living Victoriously Over Satan, Sin and Death
Are you living in the power of the Risen King, who has won the victory over Satan, sin and death? Starting today, ask the Lord daily for His grace, that you may live with His power as His worthy witness in a dying world.

Share with us in the comments below about your favorite Scripture verse that speaks of Christ’s life and power lived out through His people.

KP Yohannan, founder and director of Gospel for Asia (GFA World), has written more than 200 books, including Revolution in World Missions, an international bestseller with more than 4 million copies in print. His Road to Reality radio program airs on more than 200 outlets worldwide. He and his wife, Gisela, have two grown children, Daniel and Sarah, who both serve the Lord with their families.

Gospel for Asia (GFA World) has been serving the “least of these” in Asia since its beginning in 1979, often in places where no one else is serving. GFA World national workers serve as the hands and feet of Christ by ministering to people’s needs so they can understand the love of God for them for the first time. GFA is engaged in dozens of projects, such as caring for poor children, slum dwellers and widows and orphans; providing clean water by funding wells; supporting medical missions; and meeting the needs of those in leprosy colonies. Through GFA’s Bridge of Hope Program, tens of thousands of children are being rescued from the generational curses of poverty and hopelessness. 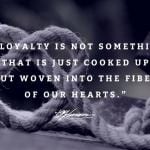 June 10, 2020
We Owe Each Other a Terrible Loyalty
Next Post

July 8, 2020 God's Purpose for You
Recent Comments
0 | Leave a Comment
"keep Preachin Jesus is Coming Back He sees Our work"
brother in Christ He is Looking for You
"Amen, Dr. Yohannan. The gospel is the most important thing there is, and we believers ..."
Eileen Six Days in a Ditch
"Amen and amen brother Jesus has call us to continue his work on this earth ..."
Marie God’s Purpose for You
"Amen."
Eileen We Must See the Real Jesus
Browse Our Archives
get the latest updates from
Living in the Light of Eternity
and the Patheos
Evangelical
Channel
POPULAR AT PATHEOS Evangelical
1