We Owe Each Other a Terrible Loyalty

We Owe Each Other a Terrible Loyalty June 10, 2020 KP Yohannan

WILLS POINT, TX – K.P. Yohannan, founder of Gospel for Asia (GFA World and affiliates like Gospel for Asia Canada) shares on this most important aspect of integrity: loyalty.

In Psalm 78:8, God has some painful, emotional words to say about His people concerning an important aspect of integrity—the loyalty in our hearts to that which God has called us.

Unfortunately, God says of His children that their “hearts were not loyal to [Him].”

God puts great emphasis on the loyal heart, advising the wise man to “let not loyalty and faithfulness forsake you; bind them about your neck, write them on the tablet of your heart. So you will find favor and good repute in the sight of God and man” (Proverbs 3:3–4).

Through this verse we see that loyalty is not something that is just cooked up but woven into the fiber of our hearts. And, by nature, loyalty is often costly. Woodrow Wilson, the 28th president of the United States, said it perfectly: “Loyalty means nothing unless it has at its heart the absolute principle of self-sacrifice.” 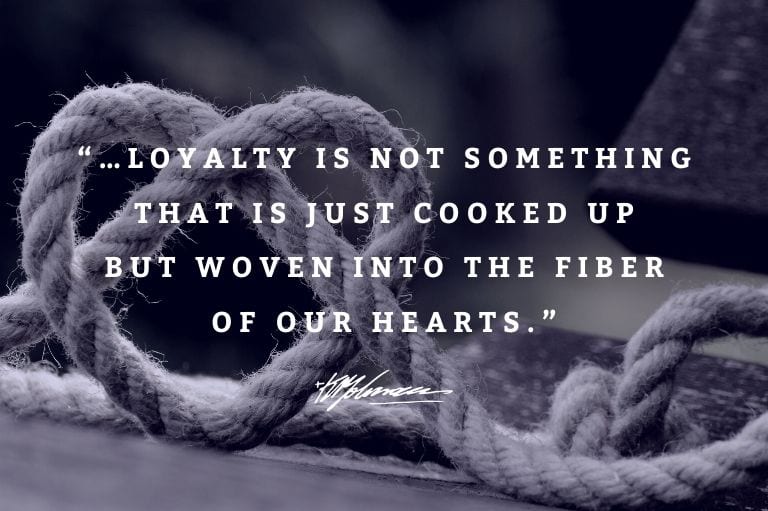 Do I Live a Sacrificial Life of Loyalty?

Look at your life.

Now stop and think about how many people from numerous diverse backgrounds and stages of life you will come into contact and rub shoulders with throughout your life. You can imagine the many conflicts and misunderstandings that can arise quite easily!

If you are tempted to think that life now should be as it will be when we are finally in heaven together, you must wake up! We are still on earth. We’re still living here in the flesh with all its struggles, failures and misunderstandings. We must be purposeful in order to protect and maintain our loyalty to others.

So, take a simple next step: When someone comes to you complaining about another person, or you are tempted to complain yourself, stop and ask,

Often the first thing we do is complain, criticize and tear people down without taking even one day to stand in the gap, pray and agonize before the Lord for them. G.K. Chesterton summed it up well when he said, “We are all in the same boat in a stormy sea, and we owe each other a terrible loyalty.”

Where is Your Loyalty?
Are you maintaining a clear conscience in the area of loyalty to the people and leaders in your life who the Lord has called you to serve? Today, search your heart and consider any areas that need confession and correction.

Is there someone in your life who you look up to as being a loyal person? What actions in their life exemplified loyalty? Let us know in the comments below!

KP Yohannan, founder and director of Gospel for Asia (GFA World), has written more than 200 books, including Revolution in World Missions, an international bestseller with more than 4 million copies in print. His Road to Reality radio program airs on more than 200 outlets worldwide. He and his wife, Gisela, have two grown children, Daniel and Sarah, who both serve the Lord with their families.

Gospel for Asia (GFA World) has been serving the “least of these” in Asia since its beginning in 1979, often in places where no one else is serving. GFA World national workers serve as the hands and feet of Christ by ministering to people’s needs so they can understand the love of God for them for the first time. GFA is engaged in dozens of projects, such as caring for poor children, slum dwellers and widows and orphans; providing clean water by funding wells; supporting medical missions; and meeting the needs of those in leprosy colonies. Through GFA’s Bridge of Hope Program, tens of thousands of children are being rescued from the generational curses of poverty and hopelessness. 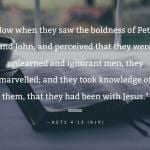 June 18, 2020 Living in the Power and Authority of Our King
Recent Comments
0 | Leave a Comment
Browse Our Archives
get the latest from
Living in the Light of Eternity
Sign up for our newsletter
POPULAR AT PATHEOS Evangelical
1

Religion as "Communal Solidarity" or "Personal...
Cranach
Related posts from Living in the Light of Eternity