Mark Lilla’s dissection of identity politics in The Once and Future Liberal is incisive. He doesn’t spare the conservative movement or the Republican party in the least, but he at his sharpest in analyzing what he calls the “abdication” of liberalism and the Democratic party.

Liberals, he argues, once had a vision for all of America and all Americans. Reagan brought an end to the dominance of Rooseveltian liberalism, but instead of renewing the liberal vision, liberals “lost themselves in the thickets of identity politics and developed a resentful, disuniting rhetoric of difference to match it” (59).

Lilla blames the “romanticism” of the 60s, which rose, he argues, in the same affluent suburbs as Reaganism did. There was a dark shadow to the affluence of suburban America, an anxiety that Americans were losing their souls.

Lilla writes, “A whole new vocabulary was developed to express that anxiety. People read about being submerged in mass society, of becoming an organization man, a faceless member of the lonely crowd condemned to join the rat race” (69).

These tropes gave voice to the romantic ambivalence about society itself: “Romantics see society . . . as somewhat dubious, an imposed artifice that alienates the individual from itself, drawing arbitrary lines, creating enclosures, and forcing us into costumes that are not of our own making” (71).

This can give rise to the impulse “to flee so as to remain an authentic, autonomous self” or to the “impulse to transform society so that it seems like an extension of the self” (72). Commonly, romanticism gives rise to both impulses at once, leaving the romantic political actor “torn between opposed impulses” (72).

Romantics of the 1960s wanted not only to overcome the alienation of society, but to heal the breach between their personal and transformative political impulses. Their aspiration was formulated in the claim that the “personal is the political.” As Lilla says, this can mean two things: It can imply that every personal relation is in fact a struggle for power; or it can mean that political action is a personal expression (74-75).

“The personal is political” meant that everything is connected, as both personal and political. This marked a sea change in American liberalism. Older liberals couldn’t understand what young radicals were on about: “Yes, capitalism was the enemy of the people. But was the comb the enemy of the soul” (72).

Identity politics tore the New Left romanticism apart. The problem was that every group “wanted there to be no space between what they felt inside and what they did out in the world. They wanted to feel at one with political movements that mirrored how they understood and defined themselves as individuals” (76).

Identity politics fused political and personal into a seamless whole: Political action was all about the self-expression of the political actor as X (whatever X might be). And this took up “a pseudo-political and distinctly American rhetoric of the feeling self and its struggle for recognition” (78).

Universities are central to his story. Before the 60s, progressives were part of the urban working class or lower-income rural folks. But “today’s activists and leaders are formed almost exclusively in our college and universities” (61). That’s where identity politics took shape and took over.

New Left romantics eventually retreated from politics and turned to the universities, intent on making university towns “morally pure, socially progressive, and environmentally self-sustaining communities.” There they established “a thoroughly bourgeois setting without a trace of the demos, apart from the homeless men and women who flock there and whose job is to keep it real for the residents” (80-1).

Radicals “turned the university into a pseudo-political theater for the staging of operas and melodramas.” The real story, Lilla argues, isn’t about the hypocrisy of tenured radicals but the fact that romantic professors taught students “a particular conception of what politics is” – namely, self-expression, an expression of some group identity (82).

Intellectuals developed “a whole scholastic vocabulary” to express the malleability of identity, the impossibility of generalization, terms like “fluidity, hybridity, intersectionality, performativity, transgressivity, and more” (86-7).

At its extreme, identity politics becomes a matter sheer willfulness: “If all identification is legitimately self-identitication, there is no reason why [anyone] could not claim to be anything she imagined herself to be” (88).

As identity politics took over the universities, argument became impossible. “Speaking as an X” became a trump card for anyone speaking to a particular issue: “It sets up a wall against questions, which by definition come from a non-X perspective. And it turns the encounter into a power relation: the winner of the argument will be whoever has invoked the morally superior identity and expressed the most outrage at being questioned” (90).

Taboo replaces argument. In one of the most scintillating paragraphs, Lilla describes the university as “stuck in the world of archaic religion”: “Only those with an approved identity status are, like shamans, allowed to speak on certain matters. Particular groups – today the transgendered – are given temporary totemic significance. Scapegoats – today conservative political speakers – are duly designated and run off campus in a purging ritual. Propositions become pure or impure, not true or false. And not only propositions but simple words.” Identitarians “have become like buttoned-up Protestant schoolmarms . . . parsing every conversation for immodest locutions and rapping the knuckles of whose who inadvertently use them” (91).

Lilla saves the unkindest cut for last. He linked Reagan-era individualism to the identitarian trajectory of liberalism in academia, the media, law, and Democratic politics. Some students took classes to figure out how to make millions; others “were taking classes where they learned how very special those selves were.” Both express the same breakdown of solidarity and charity and politics; both express the breakdown of citizenship and the possibility of saying “we.”

With a nod to Marx, he concludes that “the intellectual and material forces of the age were working together to keep them self-involved, and to convince them that narcissism with attitude was both good business and good politics. Identity is not the future of the left. It is not a force hostile to neoliberalism. Identity is Reaganism for lefties” (94-5). 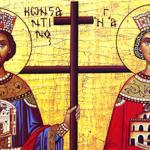 January 31, 2018 Hand of Yahweh
Recent Comments
0 | Leave a Comment
"Hi,1° The historicity of the Gospels shouldn’t be a problem for the period of Jesus' ..."
Yves Millou Can We Trust the Gospels?
"And your theocracy is an alternative? Come now. We know you wish our society's restrictions ..."
Eric Mallo Rawls, Envy, Sacrifice
"Psalm 19:5 likens the Sun to a groom. To, what, then, is the Earth to ..."
Daniel Mark Pech God of Days, God In Days
"he did"
Michael R Shotwell Theology’s Handmaid, Again
Browse Our Archives
Follow Us!

What Happens in the Lord's Supper...
Euangelion
Related posts from Leithart 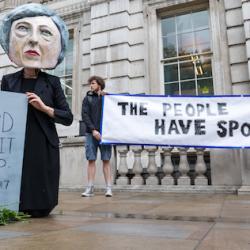