The Parable of the Talents Revisited 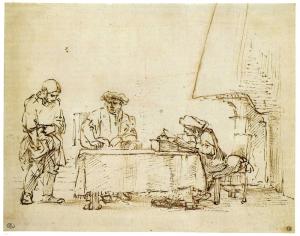 Over the past few weeks, during Year A of the Eucharistic lectionary, we’ve been hearing a series of parables from Matthew told by Jesus shortly before his crucifixion. Many of these are of a rather threatening nature. The foolish bridesmaids are shut out in the dark. The slave who didn’t invest his master’s money is, again, thrown out into the darkness. The “goats” who didn’t recognize the King in the person of the “least of these” are cast into the fire. As the liturgical year winds down, we have stories that point us toward the end of the world as we know it, toward the destruction of the powers that rule this world and the coming of the true King to judge the world he has made.

Advent doesn’t bring relief, at least right away, from this threatening tone. In Advent we look not only back at the coming of Jesus in the flesh but forward toward his coming in glory, and the first Sunday of Advent, in particular, retains the apocalyptic tone of the last Sundays of the liturgical year. Since we’re now in Year B, we get Mark to start us off. It’s a short passage about a man who goes away on a journey and leaves his slaves to take care of things while he’s gone, commanding the doorkeeper to keep watch. Similarly, Jesus says, we should watch because we don’t know when the “Son of Man” will return.

This parable, with the master going on a journey and entrusting his slaves with tasks in his absence, is as close as Mark gets to the Matthaean “parable of the talents” which we had a few weeks ago. My Patheos colleague “Fellow Dying Inmate” (whom I refer to as FDI for short) stirred the pot with two posts on that parable in which he argued that the master in the story can’t possibly be God.

FDI points out that for ancient Mediterranean peasants both the harsh master and the financially successful slaves would be despicable figures. How can such people be held up as role models?

FDI is rightly reacting to a highly unfortunate trend in modern American interpretation in which the parable is actually seen as some kind of defense of capitalism, promoting wise investment of money and so on. Whatever the story means, I’m quite sure it doesn’t mean that. FDI is quite right that in the first-century Jewish context the behavior of the master and the first two slaves would be worthy of condemnation, not praise.

But I think FDI, here as elsewhere, is way too confident in the “Context Group’s” particular interpretation of what “Mediterranean peasants” are like as a lens through which to read the Gospels. Scholars such as Pilch, Malina, and Rohrbaugh, on whom FDI heavily relies, have a lot to say of value about the ancient Mediterranean context and how it can enrich our understanding of Jesus and the New Testament. But often, it seems to me (at least in FDI’s recounting of their work), this approach becomes a kind of “Procrustean bed” that unduly limits interpretation. The text must mean this kind of thing and not that because “Mediterranean peasants” always and only think like this and not that. It’s not clear to me that these assertions are always based on solid evidence that is particular to the text or to the specifics of Jesus’ context (rather than “ancient Mediterranean society” generally).

Other parables about harsh masters

Luke provides a particularly helpful vantage point because he gives us two stories, unique to the Third Gospel, which present even more glaring problems if taken too literally: the dishonest steward (16:1-13) and the unjust judge (18:1-8). In the first of these, Jesus advises his followers to behave like the dishonest steward who cheats his master in order to make the master’s debtors likely to take him in when he loses his job. This story supports FDI’s position insofar as it’s clear that “bad” behavior by a servant is being held up as a model to follow, and it seems quite likely that the master here isn’t intended to be God. (Though I’m not 100% sure about it even here–the servant losing his job may be a reference to death, and the point may be not to “cheat God” but to show mercy to God’s other clients, our neighbors.) But the parable of the unjust judge quite obviously compares God to a figure who is not admirable. In that story, the point is clearly an ironic “a fortiori”–if an unjust judge gives in to constant supplication, how much more confident can we be that the just Judge will eventually intervene to save his “elect” who cry out to him for relief.

Similarly with the steward. The steward is a smarmy, dishonest person who acts solely in self-interest–the kind of person that, again, Jesus’ hearers would have run into far too often. Jesus obviously isn’t telling his followers to be like that, but rather using the desperate ploy of this thoroughly unamiable person to make an ironic point about how we should use any wealth we might happen to have–in order to “make friends” in the true Kingdom that is coming.

I believe that’s how we should read this cluster of parables in Matthew as well. When we put all the passages I’ve mentioned together, we see I think a consistent pattern across all three Synoptics. Jesus uses tyrannical kings, harsh masters, and dishonest stewards as metaphors, over and over again. And in the majority of these cases he’s clearly using them as metaphors for God or for behavior he is encouraging his followers to adopt.

It seems likely to me that he’s doing the same thing in the parable of the talents. The real-life masters who “reap where they have not sown” are, in the parable, represented by the third slave. By seeking the goods of this world in a ruthless and dishonest way, they are failing to “invest” the treasures that matter and they are going to be judged and condemned by the true Master when he returns.

I admit that I’m not an expert on first-century Mediterranean culture. But it seems likely to me that Jesus’ hearers would have gotten the point precisely because harsh masters and their usurious slave-agents were such a ubiquitous part of the landscape. Jesus is saying, “in the Kingdom everything will be flipped. The people who are the masters now will be confronted with the real Master whose rules seem just as bizarre and unfair to them as theirs do to you. The people who try to please their tyrannical masters by oppressing and extorting you are, in the Kingdom, the ones who are failing to invest what they have been given by the true Master.”

I don’t know that this is the “right” meaning of the story. But it fits. It fits the general pattern of the parables I’ve mentioned, and it fits everything I know about Jesus’ cultural background–and about the apocalyptic Second Temple Judaism that formed his particular religious background.

Cleaning up a disturbing story

FDI makes much of the idea that we are reading the text wrong because we aren’t Mediterranean peasants, so we don’t see that the master and the first two slaves are obviously the bad guys. And of course I’m not a Mediterranean peasant. But neither is FDI, or the “Context Group” scholars he follows. (Or, for that matter, the liberation theologians and others who have taken the same interpretation of the parable.)

I suspect that, in fact, FDI’s revulsion at the idea that the Master could be God would seem rather weird to a Mediterranean peasant. I suspect that to Jesus and his hearers these metaphors came naturally, because that was the world they lived in. To them, the answer to tyrannical kings and unjust masters was an appeal to the true King and Master who would give the tyrants a taste of their own medicine.

So I think FDI’s interpretation actually “cleans up” the story far too much. I think it reflects contemporary Western liberal sensitivities rather than the values of actual ancient peasants.

Some years ago, when I was Episcopalian, I went to a lector training session in which the priest suggested that we should use alternative language rather than “the Word of the Lord” after the Scripture reading. Later, I asked her what the problem was with “Word of the Lord.” She said that “Lord” language might be offensive to African-Americans with a history of having been enslaved. I pointed out that in my experience African-American Christians are perfectly happy with that kind of language, because they see God as the true Lord and Master who brings freedom from unjust human masters. She responded that it’s possible that many African-Americans have internalized the values of their oppressors so that they don’t actually see that the language is problematic.

In other words, I think that often modern white Christians invoke oppressed people as a way of promoting values and concerns of their own. (Generally with the sincere intention of defending the oppressed people, to be sure.) When we do this to African-Americans or other contemporary groups, they can speak for themselves and tell us if we’re getting it wrong. But ancient Mediterranean peasants can’t do that. This is precisely why, as Schweitzer pointed out more than a century ago, appeals to the “historical Jesus” wind up looking suspiciously like the promotion of particular values the scholars making the appeal happened to hold already.

Perhaps the most uncomfortable possibility for us as modern Westerners is not that the master might not be God, but that he might. What if, when we have done what we think is the reasonable, prudent, moral thing to do, he will return and say, “that is not what I meant at all, not that, at all”? What if our “prudent investment” is actually a shameful waste of the resources God has entrusted to us? What if God’s scale of values is just as radically different from ours as the values of the master in the story are from those of a Mediterranean peasant? 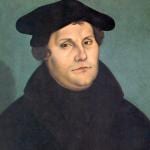 November 1, 2020
The Pope, the atheists, and salvation by grace
Next Post 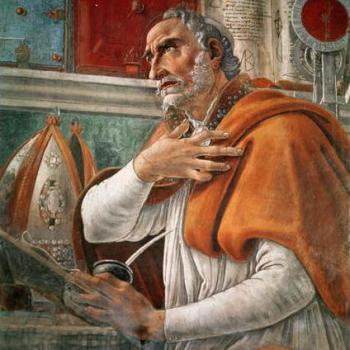 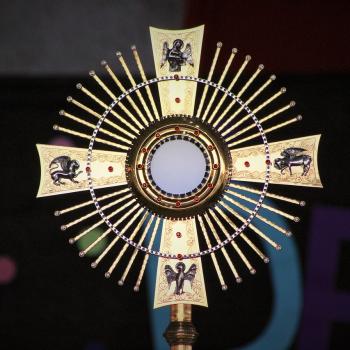 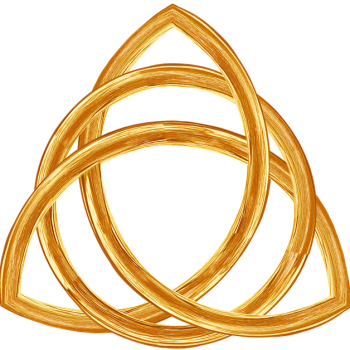 A Deeply Disappointing Angelus Address
During my tenure as Someone Who Expresses Opinions on the Internet, I...
view all Catholic blogs
What Are Your Thoughts?leave a comment