On Learning to Listen

I was pacing the uptown side of Prince Street station, waiting for the R train. The subway posters marking my progress from one end of the platform to the other reflected my vague anxieties. Non-traditional age college students tossing their graduation caps in the air. A couple on a beach, canoodling into their vacation. Even the subway map itself. Everything I looked at only seemed to emphasize the ways in which I could or should have been on my way in life; charting some kind of clear course. Instead, I was still adrift and questioning.

I wasn’t even on my way home yet on this particular Saturday afternoon. I knew the faint glimmerings of light down the line were just an urban mirage; there was still no real sign of the train. I decided to turn on a podcast while I waited.

It came from a series I had just started listening to, intrigued by its mysterious-looking logo of an eight-pointed star with Arabic calligraphy, and equally mysterious-sounding name: The Threshold Society.

“Bismillah ar-Rahman ar-Rahim,” I heard a gentle male voice say. “In the name of God, the infinitely Compassionate and infinitely Merciful.” At those words, it felt as though something burst in my chest. Tears filled my eyes. The station blurred away and I sank down on a bench. I didn’t really know why I was crying. I only felt wonder and relief.

I had been delivered from confusion to certainty.

Something had already shifted in my spiritual life several years earlier, when I went beyond books and started listening to teachers – as in listening with my ears, not just with my mind. It seemed there was a qualitative difference between reading about something and hearing it. It made me wonder whether, in the same way that smells are supposed to bypass the rational part of the brain and go straight to our emotional core, sound might follow a similarly direct route.

Once, music had been able to move me. I still remember the shock of the first school jazz band concert I attended in the third grade (which was actually something more like the jazz-rock fusion of the 1980s). Feeling the vibrations of the bass and the drums within my own body was so intense, so visceral. It was an explosion of sensation that turned my sense of reality inside out: was I hearing the music being played, or was it playing me?

As a teenager, my sense of “I” remained inseparable from the music I listened to, which was mostly melancholy and British. Bands like The Smiths and The Cure not only defined me as a black-garbed Goth in a heavy metal high school, but also put words and a sound to my longing. It was a time when I had started to ask spiritual questions and look for answers in traditions beyond the one I was raised in. Christianity had never made much sense to me as an explanation of the human state. By contrast, the books I read about Buddhism that focused on impermanence and suffering chimed with my intuitive sense of the way things really were.

But really, I wanted guidance. Not about what I was supposed to do – which, in my childhood, had meant attending Mass, going to confession and learning the catechism – but about a general way to be in the world.

That question only got knottier as I navigated the transition from adolescence to adulthood. I could no longer define myself as a smart kid or an oddball once I reached the liberal arts college in Oregon where most of the other students appeared to be eccentric geniuses. Music didn’t work either, as my tastes were too commercial to garner respect from classmates who played in indie bands or had their own radio shows. In this highly critical, intellectual milieu, I put my spiritual search on hold and aimed to find answers in philosophy. Yet even when I read the texts of the German “Enlightenment” in the original, I could not discern a clarion bell of truth. It was only a cacophony of competing opinions.

Those voices, along with news reports and popular non-fiction books, became the ones I listened to throughout my 20s and 30s. The only real competition they had was the talk radio of busyness and anxiety that occupied my mental airwaves otherwise. It played morning to night. By then I was living in New York, and I believed it was necessary to pay attention to those voices not just to be informed, but to keep up, and be a person in the know.

That chatter kept me going through the rounds of a big-city routine, and it also wore me out. I wished I could shut it off, but I couldn’t. At times I tried to recoup some serenity by listening to classical music. Like a desperate patient in search of a cure, I sought out the best-known, most respected practitioners: musicians like Leif-Ove Andsnes, Yo-Yo Ma and Matthias Goerne, who performed at venues like Carnegie Hall and Lincoln Center. For these concerts, I always bought two tickets. The guys I asked out seemed happy enough to come along to what they assumed was an innocuous high-culture outing, not knowing I had a secret agenda. Afterwards, I would make sure to ask my dates what they thought of the performance first so I could just agree and paraphrase. I was too ashamed to admit that, despite doing my best to listen, I had not managed to hear anything.

Even during concerts where the rest of the audience was rapt, my mind kept bleating like that one cell phone that only seems to get louder the longer its hapless owner searches in vain for the ringer. This was a bad sign. Because my monkey mind wasn’t just wrecking my experience of live music. It was playing havoc with the rest of my life, too. I knew I had to do something.

I was sitting in a yurt with my eyes closed, tears streaming down my cheeks. It must have been late in the evening; on the trail from the main house, I’d seen the moon rising above the forested Coast Mountains and turn the lake below into a mirror that reflected whirling galaxies of stars. But I wasn’t thinking about time in the usual way. I was only thinking I wanted this moment to go on forever.

Following the sound of that voice on the Threshold Society podcast had led me here: to a rustic retreat center in Whistler, British Columbia. It had all happened through a series of very unlikely circumstances. This included the fact that, although I didn’t have money for the plane fare, I suddenly discovered I had just enough frequent flyer points for a round-trip ticket.

Then an even greater miracle occurred. On this, the first night of the retreat, I’d gone to the yurt after dinner with the others, and we sat down on cushions across from a group of musicians. They included a tabla player, a singer, and an oud player. It was several years since I had last been at a concert, and I didn’t have high expectations. Trying – and failing – so often to shoosh my monkey mind at performances before was part of what led me to start meditating in earnest. That in turn created a desire for even more quiet. I stopped listening to the radio and, eventually, even stopped listening to music. It happened so gradually that I never really missed what had once been both a daily habit and a source of pleasure and comfort. Until now.

I realized to my amazement that I was not only aware of the sounds of the instruments. I was hearing the notes, separately and together, like words spoken in a particular person’s voice. I was taking it in with understanding.

I was finally listening to music.

Like that moment in the subway, I found myself crying from the sheer intensity of emotion. But I had also glimpsed something. Or maybe it would be more accurate to say I had discerned a faint signal that, with my newfound ability to really listen, I began to hone in on.

It was the answer to that big question about a way to be in the world that had troubled me as a teenager. In adulthood, the drive to get out and do things had eclipsed my sense of a still, inner center as the ground of my being. But now I had found it again, thanks to several years of intensive meditation practice, followed by meeting Sheikh Kabir Helminski at the retreat in Whistler. I had recognized him not just as the source of that gentle male voice on the podcast but as the teacher I had been searching for. And he gave me a word for this way of being. He called it presence.

Like mindfulness, presence begins with opening the awareness and focusing the attention. But then it goes beyond just watching thoughts. For me, presence is a practice of full-body listening. It’s like plugging my feet into the ground, tuning in and then emptying my mind of the fragmented, “little-I” noise in order to receive the all-encompassing, “big-I” signal. The receiving equipment is not in the ears or brain, however. The receiver is in the heart.

In the Mevlevi Sufi tradition, we often talk about the heart as a mirror. But if presence is full-body listening, then the heart may be more like a radio telescope. It’s the receiver that can decode the One syllable of meaning from a whole universe of sound. 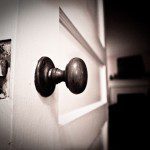 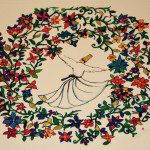 August 16, 2016 Turning to the Quran: Reflections on Learning to Whirl
Recent Comments
0 | Leave a Comment
Browse Our Archives
Follow Us!

About Burgers and Boycotts: BurgerIM
Al Mihrab
Related posts from The Living Tradition 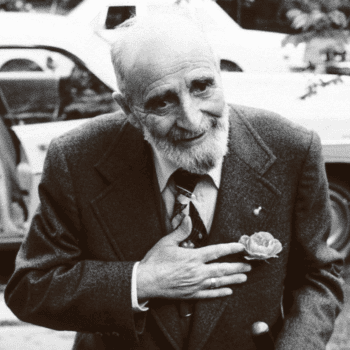 Muslim
“God appears in the one in whom poverty...
The Living Tradition 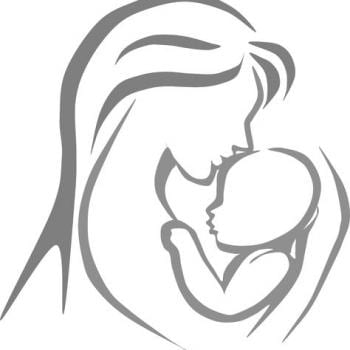