What the Heart Knows

My wife and I were recently invited to lead another service at our local Unitarian chapel and when thinking about what our theme should be, it occurred to us that both Muslims and Unitarians champion the use of reason, firmly insisting that reason should be a bedrock of faith.  Yet within Islam, there has always been a mode of knowing which transcends human reason, an intuitive knowledge of the heart which Sufis in particular have attempted to explore. Perhaps here was something less familiar that we could share with our Unitarian friends.

Knowledge of the heart is not unheard of in the West; rather, over the centuries, it often seems to have been dismissed, forgotten, or misunderstood, leading to a tragic imbalance. This imbalance now affects the East as much as the West; the contemporary Muslim world is probably just as divorced from the heart as any other community, often more so. Urgent questions arise from this: What happens when we lose our connection to the heart, as individuals or as a civilization? Might our rationality become cut off from its source, dry, and lifeless? Could this be the great tragedy of the modern age – that we are no longer in touch with the heart’s inner space, and have become soulless, materialistic, and obsessed with quantity over quality?

We began the service by exploring the heart from the perspective of one of the great works of Western literature: “Ode to a Nightingale” by John Keats. The poem begins with these words:

My heart aches and drowsy numbness pains
My sense, as though of hemlock I had drunk,
Or emptied some dull opiate to the drains
One minute past, and Lethe-wards had sunk…

In Greek myth, the river Lethe was said to flow through the underworld and induce forgetfulness. It is as if the heart is depriving Keats of the use of his outer senses, forcing him to forget the everyday world, and pulling him towards the underworld. Once he is in the embrace of the heart, the poet encounters a nightingale singing of summer “in full-throated ease”, whose ecstasy is so intense it has to remain in the shadows. If it came out into the open, into the world of our everyday experience, its song would be too much for our lesser reality to bear.

The nightingale seems to exist in a transcendent place where all opposites are reconciled. It embodies eternal summer and makes the poet think of the warm south, and yet he encounters it in “embalmed darkness” where he can hardly see. And though he becomes drunk with ecstasy on hearing the nightingale’s song, he also experiences an overwhelming desire for death. He tells us:

Darkling I listen; and, for many a time
I have been half in love with easeful Death,
Call’d him soft names in many a mused rhyme,
To take into the air my quiet breath;
Now more than ever seems it rich to die,
To cease upon the midnight with no pain,
While thou art pouring forth thy soul abroad
In such an ecstasy!
Still wouldst thou sing, and I have ears in vain—
To thy high requiem become a sod.

And the poem finishes with Keats asking:

Was it a vision, or a waking dream?
Fled is that music:—Do I wake or sleep?

The standard interpretation of the poem is that it is the lament of a poet who cannot stay in the unreal world of his artistic imagination (represented by the nightingale) but must return to the real, material world of decay and suffering. I would argue that this is to misunderstand the poem and apply the word ‘real’ to the wrong world. Keats wishes us to consider that our everyday reality is a kind of sleep, and that he is truly awake in the presence of the nightingale. What we commonly take for reality is a pallid reflection of the timeless world where the nightingale sings in ecstasy. The place where we access this higher reality is the heart.

After exploring the poem, we sang a hymn called “All Loves Excelling” (a song of ecstasy much like the nightingale’s that asks God to “enter every trembling heart”) and then invited the congregation to consider a great figure of Western philosophy: Parmenides. Parmenides is often called the “Father of Logic” and his work influenced Socrates and Plato. Most academics like to present him as a rather dry rationalist, somebody you wouldn’t associate with the heart at all.

However, a contemporary Greek scholar, Peter Kingsley, who happens also to have a deep appreciation of mysticism, has challenged the prevailing view. He has provided more accurate translations of Parmenides’ work and noted that disturbing elements that scholars have tended to ignore or mistranslate point to the fact that Parmenides was a mystic, an initiate in the Greek mysteries. Rather than developing logic through dry, rational thought, logic was a divine gift bestowed on him in an altered state of consciousness, a journey into the underworld brought about during a process called “incubation”:

The formal side to incubation was simple enough. Usually you’d lie down in a special place where you wouldn’t be disturbed. Sometimes it was a room inside a house or temple; often it was a cave or other place considered a point of entry to the underworld…

The similarities between lying down for incubation and approaching the state of death were very clear to the Greeks. They were obvious enough from the deathlike stillness, from the way incubation sites were seen as points of entry to the underworld…people allowed into the sacred area would lie there in utter stillness for days at a time like animals in a lair. And the priests would take care of them, initiate them into the mysteries; for anyone else the area was deadly.[i]

Perhaps we can see similarities between the practice of incubation and what Keats describes in his ode. Both require a kind of shutting down or forgetting of the outer senses and a journey into an inner darkness. Both involve a kind of death, or at least a deathly stillness. Muslims might also be reminded of Surah al-Kahf.

Parmenides tells us he met the queen of the underworld who imparted to him knowledge of the nature of reality. Part of what he is told is that there is indeed a higher reality which is changeless, just like the world of the immortal bird that Keats encounters. The goddess who tells him this is Persephone, who spent half the year in the underworld and the other half on the surface of the earth, bringing in her wake spring and summer. Like the nightingale she therefore reconciles opposites. Perhaps we might see in this a lesson: the descent into the darkness of the heart can cause the beauty of spring to blossom in our lives.

Our exploration of the legacy of Parmenides was followed by the hymn “We Sing the Roses Waiting”, a homage to spring by Ralph Waldo Emerson. During the service, we also listened to the famous passage from Elgar’s Cello Concerto in E Minor which swells like an uprising of the heart, and invited the congregation to consider their own lived experience. Inspired by a friend’s recent observation of his own life, we asked, “Aren’t the important decisions in our lives more often based on intuition than reason? Doesn’t the heart know what experts don’t and what reason and common sense deny?”

Finally, we turned to Rumi to make more sense of what we encountered with Keats and Parmenides:

The Call of Perfection

The rational mind is a denier of Love,
though it may pretend to be an intimate.
It is clever and knowing, but not empty of itself.

Until your angel has become nothing, it is a devil.
In word and deed the rational mind is our friend,
but when you come to the case of intimate feeling,
it’s worthless. It’s worthless because

it hasn’t left its own self-existence;
it didn’t willingly become nothing.
Most die unwillingly, but the Spirit is perfection
and its call is perfection.[ii]

Perhaps what Rumi is getting at here might help us understand the kind of death that Keats and Parmenides want us to know about. It is a death of the ego and the rational mind that must always be right, always be in control, figuring things out so that it can feel self-important and powerful. Reason is certainly an important tool, but there comes a point where it becomes an obstacle, too full of itself and not receptive of the Divine. The heart, however, is that spiritual organ which is receptive.  And the heart is not something vague or imaginary. In the Quran, and for the Sufis, the heart refers to something very specific, the existence of which we can verify for ourselves through various spiritual practices. Kabir Helminski describes working with the heart like this:

The heart work begins with the development of presence and remembrance of God (zhikr). Remembrance draws the light of spirit into the heart from where it is distributed to the psyche as a whole. With presence and the subsequent opening of the heart, the egocentric aspects of the self can be transformed into more evolved human qualities.[iii]

We finished our service by invoking Ya Salam (“O Source of Peace!”) as a congregation eleven times. Once again, we were moved by the receptivity and warmth of the Unitarians, forever curious and open to new perspectives. Our service was well received; for some it brought tears, for others an opportunity for deep reflection. May Muslims and Christians, people of all faiths and none, have more opportunities such as this to taste together the heart’s peace.

[i] In the Dark Places of Wisdom, Peter Kingsley, Golden Sufi Center 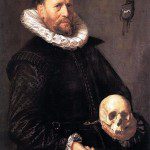 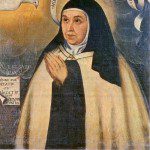 April 20, 2017 On Saints as Friends of the Divine
Recent Comments
0 | Leave a Comment
"Brilliant!"
Ajoy Datta The Spiritual Opportunity of Working on ..."
"Thank you Ajoy, the power of imagination is indeed underestimated. Kabir Dede always reminds us ..."
Saimma Dyer Stepping Up To Spiritual Activism
"Just came across a quote by James Baldwin which I think is relevant: "The interior ..."
Ajoy Datta Stepping Up To Spiritual Activism
"I really enjoyed reading that. Thank you."
iljasb Finding Forgiveness with al-Ghafur
Browse Our Archives
get the latest from
The Living Tradition
Sign up for our newsletter
POPULAR AT PATHEOS Muslim
1