Guide Us on the Straight Path

Back when I was a punk rock teenager, I learned there was a way to be even more rebellious than shaving your head or tearing holes in your clothes: it was called being “straight edge”.

Symbolized by a big black X (often drawn in marker on the back of the hand), kids who were straight edge didn’t drink, do drugs or smoke. Most of them were vegetarian or vegan. Often politically active or at least outspoken, they were always deadly serious.

So when I came to Islam, hearing certain people described with a squint and hand gesture pointing to an imaginary line was familiar. Immediately I understood that such ‘straight-path’ brothers and sisters would be people with a program. I imagined they were both earnest and detail-oriented in a way that my own nafs resists. They would pay attention to things like which foot to use when coming into a room, and always perform salaat within the prescribed 10 minute-window.

Part of me admires that level of sincerity. At the same time, I have found myself wondering if there is more than one way to follow the straight and narrow path. Or if that is even what the surat al mustaqim really means. Particularly in the Sufi context, where we are concerned more with the inner essence than outward appearances, what might the esoteric dimension of the straight path be?

A few years ago in Turkey, our group had sohbet with a spiritual friend who talked about the surat al mustaqim as something rather different from the bright line separating right from wrong that is conjured in my mind by the conventional wisdom. Our friend talked about the straight path not so much as a high bar of behavior to hold oneself to, a rigid form of personal discipline as it seemed in the case of my straight-edge teenage friends, but almost the opposite: a kind of spiritual DNA, a hidden code for manifesting one’s most personal form of development and the highest expression of one’s nature. 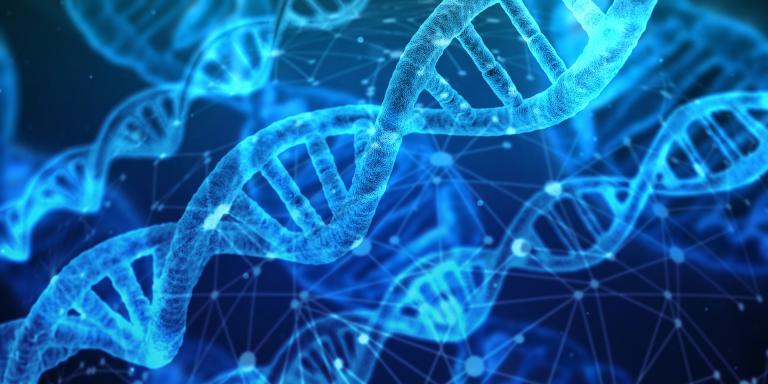 The surat al mustaqim in this sense is the means by which the apple tree produces fruit and the bees make honey.  And so for the human being, the straight path would be a direct connection to one’s Source and Sustainer that offers a similar possibility for transformation.  Not only in the sense of refining one’s own state of awareness to be attuned to subtler dimensions of reality, but also to be an agent oneself of transformation. In our tradition we are reminded that one of the main characteristics of the awliya or friends of God is to have a qualitative effect on their surroundings, especially being a conduit for the Divine qualities of mercy and beneficence to manifest in the world.

As the Fatiha says in so many words, the straight path is the way of blessing, which might also be understood as developing a capacity to receive Divine grace and guidance. I imagine it less as a fine line to walk and more as a form of alignment: being content with God’s decree such that I am grateful for all of life’s circumstances and awake to the moments when I have the opportunity to be of service. When I am able to do that even in small ways – holding my umbrella over a stranger’s head during an unexpected downpour, trying to listen more often than speak  – I experience a sense of inner “rightness” or symmetry which feels very much like the particles of my being lining up around some kind of invisible scaffolding. While existing in the Unseen, this magnetic pattern is real enough to gather me and all the different parts of my life into coherence, when I can remember and trust that it is there.

Thinking of the surat al mustaqim this way seems to resonate with the Hadith Qudsi that says: “When I love my faithful servant, I become the eyes by which s/he sees, the ears by which s/he hears and the steps by which s/he walks.”

It may not necessarily be easier, but it seems more ease-ful to live this way: and why wouldn’t the straight path be a continual melting surrender to the Divine, rather than the big black X of no? 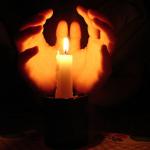 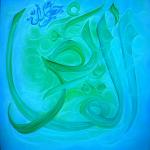