I have often wondered why the Beautiful and the Joyful do not usually appear in Islam’s traditional lists of Divine Names. Most of the listed Names are in the Quran, and these two are not. So it might at first seem that God does not wish to be seen as beautiful or joyful.

However, the Quran does refer to the Divine Names as a whole as al-Asma ul-Husna, meaning “the Beautiful Names”. For example: To Hu belong the Most Beautiful Names [59:24].[i] So perhaps all the Names together manifest beauty, and we could infer from this something about the nature of beauty itself: it is what we recognise when we perceive a certain coherence or wholeness.

Looking at a few of the Names – the Subtle (al-Latif) or the Balancer (al-Adl) for instance – can help us appreciate this. Most of us would accept that subtlety and balance play a role in creating beauty, and we can assume the other Qualities do too. In fact Muslims have sometimes attempted to divide the Names between Names of Beauty (Jamal Names) and Names of Power (Jalal Names), because the more gentle ones in particular seem to evoke this beauty, whereas the more stringent ones evoke a sense of power. Taken altogether, perhaps there is a sense of overpowering beauty.

A variation of Jalal normally appears individually among the Divine Names: there is al-Jalil (the Powerful, Mighty, or Majestic ). This tends to make the lack of a similar variant for al-Jamal appear all the more significant. Even though Muhammad said quite plainly, “God is beautiful and loves beauty”[ii], we might ask, Why does God not self- identify as the Beautiful?

Turning to the concept of God as the Joyful, the Quran does not name Allah as such. Allah is described as being pleased on a number of occasions due to the beautiful character or conduct displayed by men and women. Ridwan is one word used to describe Allah’s good pleasure, for instance: Return to your Sustainer well-pleased and well-pleasing [89:28].

Outside the Quran, we find Hadith Qudsi that powerfully communicate a sense of God’s joy. Rumi certainly sensed it, for he addressed God with these words, “You are joy and we are laughter,”[iii] and he makes it clear that joy is the result of witnessing God’s beauty. But despite these inspirational examples, the fact remains that the Quran is not explicit with regard to this quality of God either.

Could it be that these two qualities are best left to be discovered rather than pointed at too overtly? After all, no beloved should ever have to tell her lover she is beautiful, and the joy of love needs to be tasted in the secluded chamber of the heart. Perhaps it makes sense that Allah’s most ecstatic pronouncements are not found in the Quran but in the Hadith Qudsi, those intimate whispers from Allah to the beloved Prophet. Human experience teaches us that flaunting beauty or joy tends to diminish them. Is Allah’s shy reserve even meant to be a lesson to us?

Beauty and joy seem to require a certain modesty, and at the same time a kind of stepping back (perhaps out of ourselves) to perceive the Whole. The Divine Names could be said to form a sacred container in which we experience beauty – and within that beauty the joy awaits. After all, beauty and joy are– along with Love Itself – the nearest we can probably get to describing the Divine Essence (Dhat) hidden within the Divine Qualities. Both the Qualities and the Essence are denoted by the Name Allah, which is broken down etymologically by The Physicians of the Heart as follows:

The word “Allah” according to some scholars, comes from the root waliha, and this root combines the vast concepts of total love and being passionately beyond all constraints of mind. Combining these, we get the meaning “to fall madly in love, to utterly dissolve in an insane yearning.”[iv]

There is danger here—something so beautiful and joyful that it makes us lose control. God is described as the Infinitely Loving (al-Wadud) in the Quran, and it is also a Name that appears in all the traditional lists of Ninety-Nine. Again, that small voice asks, If God is explicitly named as the Loving, why not the Beautiful? Why not the Joyful?

Unhooked from love, perhaps beauty and joy are simply too heady. A sense of beauty based on an appreciation of the whole elevates us, but a partial and superficial appreciation – some bright, shiny object catching our eye –often leads to infatuation and fragmentation. A balanced relationship to beauty and joy probably requires some maturity, that we ourselves are in a coherent, wholesome, genuinely loving state. The old saying, “Beauty is in the eye of the beholder,” starts to take on a mystical profundity: an encounter with true beauty is not an encounter with something out there, but with something coherent that pervades us too.

Rumi has plenty to say about beauty, how it can both elevate and abase us. In his Mathnawi, he describes Iblis (Satan) asking God for some temptation which he can use specifically against men. God offers various things which Iblis is moderately pleased with – possessions, money, wine, etc – but then woman is displayed to Iblis and he is finally satisfied:

Face and mole and eyebrow and lip like cornelian,
it was as though God shone forth through a subtle veil.

Iblis deemed that coquetry and light-springing gait to be like the
revelation of Divine glory through a thin veil.[v]

So Iblis sees the light of God shining through woman and can see how men will succumb to lust. But this does not lead Rumi into pious moralising on the sins of the flesh, and his solution for containing beauty is not to demand that women be covered up and closeted away. Rumi invites men to see women for who they really are rather than as sex objects:

Woman is a ray of God.
She is not just created,
she is creative.[v]

Men must learn to see more deeply and follow that “ray of God” home:

All that beauty, power, virtue, and excellence
have arrived here from the Sun of Excellence.
They, the light of that Sun, turn back again,
like the stars, from these bodily walls….[vii]

“Make it your habit to behold the light without the glass,” Rumi advises a few verses later. Physical beauty is like a coloured glass through which the colourless Divine Light temporarily shines. That men should develop the habit of seeing the Source of beauty: this is the container for beauty that Rumi recommends.

This is reminiscent of the “Parable of Light” in the Quran, which, interestingly, appears directly after verses concerned with the practicalities of sexual conduct. Nothing happens in the parable; it simply invites us to see more deeply through a series of protective containers:

God is the light of the heavens and the earth.
The parable of His light is,
as it were, that of a niche containing a lamp;
the lamp is enclosed in glass, the glass like a radiant star;
lit from a blessed tree – an olive tree
that is neither of the east nor of the west –
the oil of which would almost give light
even though the fire had not touched it: light upon light![viii]

As for joy, the Mevlevis certainly understand the importance of containing it. Golpinarli, a twentieth century Mevlevi historian, highlights this when he describes Mevlevi elders cautioning devotees never to reveal their rapture (cezbe) – something they refer to as “spilling one’s blood outside”…

In Mevlevihood, it is strictly forbidden to reveal one’s rapture during a whirling ceremony, or when listening to a song in praise of the Prophet, or a musical improvisation, or during a recitation of the Quran, because such displays are also deployed the hypocrite. It is forbidden to shake, to harmonize with the melody, to sigh aloud, or even to let others know that one is weeping.[ix]

The whirling dervish has developed a certain reputation for rapture, so there is temptation for the dervish to play up to these qualities. Perhaps the sobriety described above has been developed to safeguard against this.

It could be argued that the human being is essentially driven by a love for beauty and the joy that it brings. Even the desire for power can be reframed as a love of beauty: it is the desire to control the manifestations of beauty. It is so easy for us to idolise these manifestations.  When we speak of God as beautiful, the mind may wish to form a picture; the alluring pull to reduce God to some sensual fragment is extremely strong. Joy is equally alluring : who doesn’t strive for happiness? How often are we driven to look in the wrong places for beauty and joy, to commodify, idolise, or feign them? Today’s consumer society is carefully designed to manipulate these failings of ours, offering various forms of pornography (subtle and not so subtle) to entice us. In the age of the image there are no containers at all, and our apparent freedom actually enslaves us.

We need containers of some kind, but we also need to be shrewd and compassionate as to what form they take. In the realm of sexual conduct, for instance, more often than not the containers need to be placed around men rather than women. Marriage is one traditional container, but perhaps a genuine relationship with the Divine Names and an ability to see more deeply are other, more subtle containers, which have all too often been neglected in the Muslim world in favour of a lazy, heavy-handed curtailing of women’s freedoms, which only exacerbates male misconduct and arrogance.

Perhaps true beauty needs to shed a little of its shyness in the Islamic world right now. It is needed as an antidote to the false beauty and joy of modern consumer society on the one hand, and the sterility of puritanical corruptions of Islam on the other.

I am reminded of two complementary scenes from Mevlevi life: One evening in a house somewhere in Konya, Rumi is sitting among a circle of women, sharing his wisdom in between choruses of sacred song by female musicians. Circling the house outside, the women’s menfolk are keeping guard in case religious authorities may wish to intervene. A circle of power containing a circle of beauty, containing a point of purest joy.[x] But today at our Mevlevi gatherings, there are generally more women than men, and so when we practice standing zhikr, we have a circle of women containing a circle of men, containing our shaikh and shaikha. The possibilities for our time are different, and women can offer protection too. 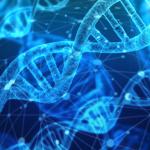 October 23, 2018 Guide Us on the Straight Path
Recent Comments
0 | Leave a Comment
Browse Our Archives
Related posts from The Living Tradition