“God appears in the one in whom poverty is complete.” 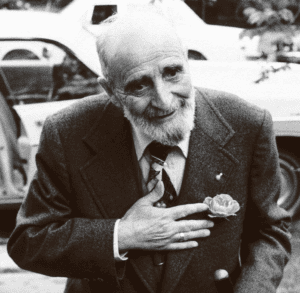 My first encounter with a Sufi Murshid forever changed my idea of what a spiritual master could be. Until that time I had met a number of highly developed human beings from Western and Eastern traditions. I imagined that enlightenment was a state of super awareness, desirelessness,  a continual “high”. Not that anyone I met actually embodied that state; but there was the assumption that with enough spiritual practice, which meant sitting still and quiet for long periods of time, supplemented, perhaps, by the continual repetition of some mantra, one would either gradually or suddenly attain such a state.

I was about 17 years old when I left behind religious concepts of doing penance for sins, earning merits through rituals and sacraments, and being rewarded for having dogmatically correct beliefs. By the age of 20, a new universe had opened for me. I had seen through the veil of conventional consciousness and had a number of experiences of literally ecstatic bliss and white light. But when, at the age of 32, I met a master of love, everything changed for me.

He could have been someone’s grandfather from Sicily, dressed in a three-piece suit, walking with a cane, the bearer of a mischievous yet innocent smile. But, somehow, contained within this merely earthly form was a powerful generator of heart-melting love — a love free of any sentimentality, sanctimony, or possessiveness.

I had been used to teachers who cultivated a respectful distance with their students, preserving that fine edge of awareness that one should bring to the teacher-student relationship. Yes, there was an air of entitlement, of privilege, as if the teacher lived on a different plane of reality, both in public and in private. But with this Ottoman gentleman from Anatolia there was no hint of anything artificial separating us. Suleyman Dede was always ready to go one step further in generosity, service, patience, and affection. When we visited him in Konya, he and his wife, then in their 80s, offered to do our laundry (of course we didn’t let them).  If I kissed his hand, he held my head to his chest. If we brought grapes to the home, we left with a watermelon.

During the five years we had with our Murshid (literal meaning: “one who guides”), what we learned had less to do with spiritual techniques than with acquiring a worldview. The impact was somehow so powerful because it was conveyed both with the metaphors and imagery of Rumi and with a tangible vibration of ego melting love.  After each trip to Turkey, we would return to Vermont, subtly and deeply changed, until enough time would pass, and we would want to go back to experience that love once again, to try to understand what it was, to better be able to live it.

Knowing him did not inspire me to become a scholar of religion, or to exercise any sense of ambition in the field of Sufism. He simply inspired us with a sense of inner truth, something which could never be attained without humility and genuine love. He would say things like, “Mevlana sent me from Turkey to spread his message. I am not doing anything. Allah carried me high above the clouds like Gabriel, across oceans. I am not doing anything.”

Dede was never too serious.  In fact he would joke about the “huffing and puffing” of Sufi zikrs, about people dressing to look pious, and about Westerners and their lack of manners. But he was never sarcastic or mean; it was just an innocent playfulness. On the rare occasions when he did get angry, it was never for personal reasons, but rather from his sense of how people could corrupt religion for their own self-serving purposes.

People sometimes ask me what is a Sufi? Can you have Sufism without Islam? Does it predate Islam? Is it something other than Islam? Well, we’ve learned there’s more than one Islam. What has been most precious is the shift in my perception of reality. Call it a lullaby if you like, or wishful thinking, or even some delusion, but I am convinced now, and more and more every day, that all of existence derives from Love, that this loving mercy imbues every particle of existence, and that even the events of our lives are purposefully arranged to reveal this Love to us.

This was the education that began with our Murshid, Suleyman Dede in Konya, Turkey. If I touch my forehead to the ground, if the names of God are on my lips, if I strive to bring the words of Rumi (or, as we call him, Mevlana, “our master”) into contemporary poetry in English, it is only in the service of that Love. This is the universe we have come to live in. Or, again, in the words of Rumi, “For the lover, nothing is a misfortune,” and “The mistakes of the lover are more beautiful than the pious actions of the mere believer.”

Our daughter, Cara, is a painter specializing in animal portraits. People are stunned at how she can capture the soul of a horse, kitten, or fox.  A few years ago she decided to paint a portrait of Suleyman Dede as a Christmas present for us. Cara was born some months after Dede had passed from the world and so had never met him as our two older sons had. When she presented the painting to us she said, “Every time I went to work on this I would weep, and I don’t know why.” This was exactly the effect he had on people while he was with us in this world.

Many times we have gone to his grave in Konya with friends who never had the pleasure of meeting him; so often these friends were deeply moved by the presence experienced there. More than once I have asked these friends what they were feeling. The answers vary, but are always something like: Tenderness. Humbleness. Devotion.

Dede once modestly described himself as “just a faithful dog at the threshold of Mevlana.” There’s no doubt in my mind that he was a portal for the baraka, the living grace, of the path of Mevlana and Shams. Shams of Tabriz once said, “The one in whom poverty is complete is the one in whom God appears.” Dede was an example of perfect,  unpretentious modesty.

In the late summer, when we often visited Konya, wheat would have grown up among the gravestones of the Haji Fattah Cemetery, and after returning to America I would find bits of wheat stuck to my socks. Years later I would discover and translate a certain ghazal of Mevlana’s that reminds me of this mysterious chain of being, of the grace that poured through Suleyman Dede, Mevlana, Shams, and finally Muhammad (peace be upon him). Here is a portion from our book Love’s Ripening:

If wheat sprouts out of my grave,

The bread you make of it will get you drunk.

The baker and the dough will go insane,

And the oven will recite intoxicating verses.

If you come to visit my grave,

My tomb will appear to dance.

As the sad can’t join in God’s celebration….

God has created me from love’s wine,

Even if death takes me, I am that same love.

February 10, 2020 Whirling through life: Reflections of a female whirling dervish
Recent Comments
0 | Leave a Comment
"Sufism has always attracted me, everyone who follows it seems to be of love and ..."
Donna Ali “God appears in the one in ..."
"Everything you say about him shines through in that one picture! Thank you."
Dennis Okeefe “God appears in the one in ..."
"Nice article thank you earnurl.in"
Tech One Considering Time: New Year Reflections
"Nice sharing,Thanks for sharing this type of post...abaya designs"
Mohsin Ali Step Back and See
Browse Our Archives
Follow Us! 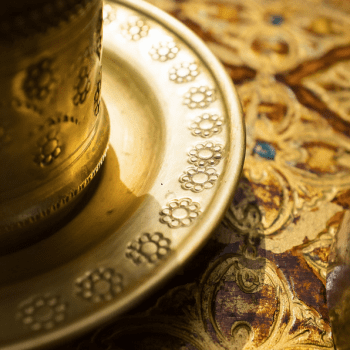