Change of plans…. No Cornerstone for me this year.

Change of plans…. No Cornerstone for me this year. March 16, 2005 Jeffrey Overstreet

Earlier I had announced that I’d be leading seminars at Cornerstone this summer.

Unfortunately, I’ve had to withdraw, due to some very good news that means I’ll be even busier this summer.

I hope to be able to share the news with you, but it could be a while in coming.

Anyway, Mike Hertenstein’s Flickerings Film Festival is still THE reason to be at Cornerstone this year. He’s got a great line-up of films planned. (Heck, LAST year, he had Mr. Chattaway up front!)

March 16, 2005 CT Movies getting something other than rage mail
Recent Comments
25 Comments | Leave a Comment
Browse Our Archives
get the latest from
Entertainment
Sign up for our newsletter
Related posts from Looking Closer 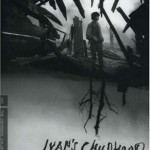 Common Grace, 2.35
This post is part of a series walking through the second volume...
view all Entertainment blogs
What Are Your Thoughts?leave a comment

25 responses to “Change of plans…. No Cornerstone for me this year.”