As you can see, Focus on the Family Action has abandoned reasonable appeals and resorted to shameless tactics of fear mongering. They have abandoned the belief that voters can make informed decisions and have instead appealed to fear as their fundamental motivator.

As Christians, we stand appalled and ashamed at such tasteless demagoguery. We believe that civil, educated, and compassionate dialogue should and can occur with the active engagement of our faith, but believe that Focus on the Family Action has, in this letter, stepped far outside of reasonable boundaries into pure sensationalism. We believe that such thoughtless expressions coming from an organization that purports to represent Evangelicals continues to mar our legitimacy and voice in the public arena, and damages our basic Christian witness.

You might do better to start by reading this summarization of the letter at Christianity Today.

His one regret, he said, was that he never once let Charlie Brown kick the football held out for him by Lucy: always she snatched it away and always he landed on his back. What private frustrations that unkicked football represents one can only guess at, so perhaps the last word should be left to Linus, Schulz’s favourite character to draw. In one strip, he is trying to wheedle Lucy into reading a story to him. Exasperated, she grabs a book at random from the shelf – “A man was born, he lived and he died. The End!” she says and tosses the book aside. Linus picks it up reverently. “What a fascinating account,” he says. “It almost makes you wish you had known the fellow.” 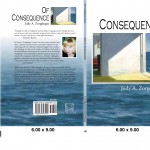 October 30, 2008 Join Me and Together We Will... Enjoy Poetry
Recent Comments
2 Comments | Leave a Comment
Browse Our Archives
Related posts from Looking Closer