The Flavor of Cyndere’s Midnight

When I wrote Cyndere’s Midnight, I never even considered the possibility of a recipe book spin-off. But thanks to the inventive and resourceful Adrienne Lema, it just might happen.

Adrienne is the mastermind of a website called Beyond Celery, where she posts her own creative ideas for people on gluten-free diets. Taking her imagination a step further, she’s begun pondering the possibilities of the foods I discovered in The Expanse, the world of Auralia’s Colors and Cyndere’s Midnight.

I’ve already consumed two loaves. It’s delicious. And I’m not even on a gluten-free diet.

Thanks, Adrienne! I can’t wait to see what you do with Yawney’s stew! 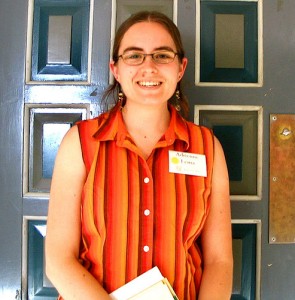