My review of Evening was originally published at Christianity Today Movies.

With that kind of star power and intrigue, it’s likely that Evening will draw crowds of moviegoers with high expectations. But many will be disappointed.

Evening feels artificial from the very first shot. We see a young woman reclining peacefully on a boat, resting on placid Rhode Island waters against a vivid sunset. Some may find the image breathtakingly beautiful. But there’s something strangely artificial about it. It’s so picturesque, with that digitally manufactured sky and that woman so perfectly posed, that it feels sentimental and idealistic—the stuff of vacation-brochure photography.

In the same way, the rest of the movie is obsessed with wishful thinking. And thus, we’re in for two hours of breakdowns due to life’s disappointments. But those moviegoers who stop to think about the characters’ choices will find it hard to pity them. They’re all prisoners either of their own decisions, their adolescent urges, or their culture. “We are mysterious creatures,” murmurs one old woman, reflecting on her life. The mystery, from where I sit, is this: What in the world does this movie want us to learn from these unhappy people?

There’s “no such thing as a mistake,” according to the film’s appointed voice of wisdom. And yet, the film’s 117 minutes are full of evidence that people can make catastrophic decisions and regret them for the rest of their lives.

The film is drawn from an acclaimed 2005 novel by Susan Minot. But screenwriter Michael Cunningham changes the location, eliminates and revises characters, and brings one of Minot’s peripheral characters to the forefront. (A recent New York Times article details these revisions, and Minot’s lack of enthusiasm for Cunningham’s work.) Instead of a story about sisters who learn lessons by uncovering lost chapters of their mother’s life, Cunningham wants to tell a story about Buddy, a sexually confused drunkard who feels trapped in an oppressive society.

Since Buddy brings so much baggage with him, and since we already have a host of complicated characters, Evening feels like several conflicting narratives competing for our attention. In fact, it feels like Cunningham is trying to turn Minot’s story into a continuation of his own pathos-saturated novel, The Hours, in which characters imprisoned in a culture of conformity suffered and longed for something more. What might have been a revealing meditation on mother/daughter relationships becomes muddled by questions about gender and sexual orientation.

The story introduces us to Ann Lord (Redgrave), an old woman on her deathbed being cared for by her daughters, Constance and Nina (Richardson and Collette), and her Irish “night nurse” (Eileen Atkins). As Ann fades in and out of consciousness, she murmurs about her memories, delirious. Her daughters are surprised. “Who’s Harris?” “What was this ‘big mistake’?” “What does she mean, ‘Harris and I killed Buddy‘?”

Constance writes off these fragments as mere delusion. Constance has a marriage and three children to worry about, and isn’t interested in unsettling revelations or scandal.

But Nina is unstable. Her life’s a scrapbook of mistakes. Confused about her relationship with her latest boyfriend, she’s having trouble sorting out her priorities. If her mother really does regret some big mistake, Nina wants to uncover it and glean what wisdom she can. So she begins to piece together the mystery of her mother’s past. Eventually, it will be up to Ann’s old friend Lila (Streep) to drop by for a visit, fill in the blanks, and solve the puzzle.

We have an advantage over Nina. We get to watch Ann’s “big mistake” unfold on one fateful weekend in the 1950s. (This may remind moviegoers of another Redgrave movie—Mrs. Dalloway—which also flashed forward and backward in time. Nastasha McElhone played the young Dalloway; here, young Ann is played by Claire Danes.)

In this earlier story, Ann’s close friend, Lila Wittenborn (Gummer), is reluctantly preparing to wed the respectable Carl Ross. This delights her mother (Close), her father (Barry Bostwick), and the whole snobbish community.

But we quickly learn that Lila’s heart does not belong to her fiancé. She’s obsessed instead with Harris (Little Children’s Patrick Wilson), the handsome son of the family housekeeper. This obsession is obvious not only to Ann but also to Lila’s brother Buddy (Hugh Dancy), a sexually confused alcoholic. Together, Ann and Buddy try to convince Lila to call off the wedding.

To make matters worse, Buddy is also attracted to Harris.

And then, of course, Ann becomes attracted to him too. But Ann, who is so different from this wealthy, formal, dishonest community, is not afraid to let her passions lead her. She’s a rash, impulsive, bohemian singer. It’s only a matter of time before she’s running off into the woods with Harris for a night of lustful indulgence.

The love story of Ann and Harris is not only unconvincing, it’s entirely superficial and shallow. We’re meant to swoon as they fall in love, and then to grieve at the tragic events that follow. But the relationship is so ill-advised and foolish to begin with, it’s difficult to feel much for them at all.

The portrayal of Harris is the film’s biggest problem. We’re supposed to believe that Harris is the glorious sun which all of these morose young ladies orbit. But he’s more like a black hole than a star. Patrick Wilson was born to play immature charmers like this; he’s like a bewildered child in the body of an Abercrombie & Fitch model. In Little Children, director Todd Field employed Wilson’s presence to make profound observations about irresponsibility and immaturity. But here, even though Wilson’s Harris is similarly reckless and naï ve, Cunningham and Koltai hold him up as some kind of golden god.

As the women sigh and coo and murmur, “No one ever moved me like Harris,” you realize how superficial and shallow they all are. Later, Ann questions whether Harris was so ideal, but the film offers us nothing more appealing than that adolescent fantasy. And the world of grownups—of marriage, family, commitment, and tradition—is portrayed as a purgatory of regret, burdensome compromises, and disappointment. While the film culminates in one character’s agreement to give up her obstinate ways and “grow up,” there’s very little joy in that conclusion.

The hollowness at the center of Evening has everything to do with its mixed messages about happiness. It reveres shallow romantic fantasies, and then laments that we have to give them up in order to shoulder the burden of maturity. What these characters need is to overcome their malignant nostalgia and discover the joy that comes from real, unselfish love.

But there are other problems. This convergence of so many legendary actresses might have been a master class in acting. Instead, it looks like a contest to see which actress can shed the tears that will win a Best Supporting Actress Oscar.

Worst of all is Glenn Close as Mrs. Wittenborn, the queen bee of this poisonous hive. She’s only onscreen for a few minutes, playing a matriarch whose denial is as frightening as her maniacal grin. It’s a one-note character, and in this keyboard of one-note characters, it’s a minor note indeed—but she pounds on it until it breaks. When crisis hits the family, her atomic breakdown recalls Sean Penn’s Oscar-begging (and, alas, Oscar-winning) Mystic River meltdown.

It’s too bad, really, because there are some real performances here. They’re hard to find amidst the melodrama, but Toni Collette gives Nina convincing details and dimension. Redgrave and Streep find a wonderful tenderness in their fleeting scene, and they leave us hungry for more. But the story is more interested in pretty, empty moments. When Ann dances out of her deathbed in a moment of magical realism to chase luminescent moths, it looks suspiciously like a commercial for air freshener.

The movie’s strongest scene brings Danes up for an amateur’s turn at the microphone, singing a sultry jazz number in front of the wedding party. It’s not lip-synched, it’s real. And when Wilson steps up for backing vocals, oh how you want something magical to occur—something like that recent Gap commercial, in which Danes and Wilson dance across our television screens with heart, chemistry, and grace. But no, there’s nothing so spirited, spontaneous, and alive as that commercial here in this morass of melodrama and misguided behavior. 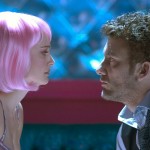 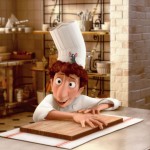