The Wizard of Oz enchanted audiences with a wonderland of color that made moviegoing more vivid and exuberantly engaging. When Star Wars opened in 1977, it represented a giant leap forward in the art of visual effects and sound effects. Tron gave us an aesthetic experience through computers that was unlike anything we’d seen before. With Toy Story, the world of feature animation changed.

Recently, I’ve seen three films that I think should be included on any list of groundbreaking, pioneering works of visual artistry: MirrorMask, in which Dave McKean took us into a wonderland with a look and feel as strange and original as anything I’ve seen since The Dark Crystal; The Fall, with its relentlessly surprising visual trickery and painterly style, reminding us of what is possible without digital animation; and Coraline, due to its enchanting, exquisitely detailed use of 3D and unconventional POVs.

I’m not talking about Transformers. I’m getting bored with the Olympics of Kickass CGI. I’m talking about artfulness… films that take us places we didn’t know were possible before, because the artists are discovering new styles, new ways of telling stories.

What films have given you that rush of a whole new kind of moviegoing experience? Share the films that made you gasp and think, “Wow. This is something we haven’t seen before.”

March 14, 2009
Will One More FilmBlog Unleash the Apocalypse?
Next Post

March 16, 2009 The Class (2009)
Recent Comments
10 Comments | Leave a Comment
Browse Our Archives
get the latest from
Entertainment
Sign up for our newsletter
POPULAR AT PATHEOS Entertainment
1 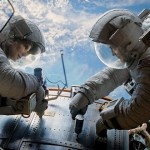 Entertainment
Gravity (2013), or Dr. Stone and the Terrible,...
Looking Closer 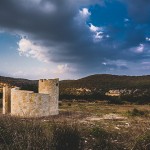 First Look: Jessica Chastain Transforms in 'The Eyes...
Searchlight Pictures has released the first trailer for its upcoming biopic "The...
view all Entertainment blogs
What Are Your Thoughts?leave a comment