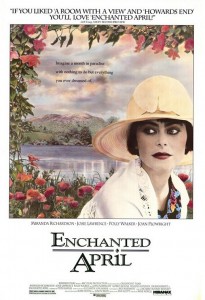 Lately, I’ve heard some complaints about the movie Brave. Some men have taken issue with the fact that the men are often the source of comic relief in the film, that their warrior-clan culture is depicted as amusing, bombastic, even buffoonish. Meanwhile, the two central characters, a mother and her daughter, are given complexity, intelligence, even reverence.

Apparently, this has troubled some men. They are uncomfortable with this.

Funny, I don’t remember hearing them complain about films in which big, chest-beating, sword-wielding men are taken seriously and women are employed only as objects of desire for the men, helpers, or otherwise supporting and insignificant roles.

Frankly, I think the big screen has seen quite enough of movies that focus on roaring warriors, battle speeches, and armies mustering and charging. This is Pixar’s first film to focus on female characters, and we’re immediately complaining that men aren’t getting proper attention? We’re complaining that the filmmakers found comedy in the brash, act-first-think-later behaviors of quick-tempered and violent men, instead of holding them up as ideals?

One of the film’s prominent themes is this: Listen. Listen to one another. Only through respect, humility, and listening does reconciliation become possible. And wouldn’t we rather see a mother and her daughter, or tribes of quick-tempered men, reconcile instead of going to war?

For the love of all things holy, I hope so.

I would much prefer a film about women in conversation than a film about men battering each other with fists and swords. That may not sit well with some of my moviegoing friends, or with some pastors for that matter. But it’s true. I go to the movies in hopes that they will make me a better person, a more compassionate and thoughtful and patient person. Call me crazy, but I want to learn to be holy. I’m not saying women are holier than men, but movies about women are less likely to be about trying to fix things by force, less likely to be about battles, more likely to be about the sacredness of relationships and conversations and matters of the heart.

Yes, there are plenty of exceptions. I’m just telling you about my own moviegoing experiences. And just take a look at this year’s box office hits.

Over at Good Letters, I’ve begun a two-part post about how my perception of women, and of life altogether, has been changed by films that take women seriously, that set them free from the narrow formulas that usually reduce them to “prizes” and “assistants” and supporting roles. Films like Enchanted April, Gas Food Lodging, A Room With a View, Three Colors: Blue, Babette’s Feast, and more. (Don’t call them “chick flicks.” That’s condescending and demeaning.)

Soon, Part Two will wrap up these reflections.

What are your favorite films about women? Try and name some in which the story is not focused on whether or not a woman will find happiness by ending up with the right man. 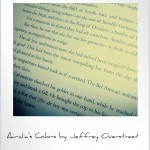 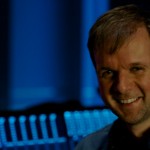 August 1, 2012 “All of It Was Music”—Pete Horner’s World of Sound, Part 1
Recent Comments
5 Comments | Leave a Comment
Browse Our Archives
get the latest from
Entertainment
Sign up for our newsletter
POPULAR AT PATHEOS Entertainment
1