“All of It Was Music”—Pete Horner’s World of Sound, Part 1

“All of It Was Music”—Pete Horner’s World of Sound, Part 1 August 1, 2012 Jeffrey Overstreet 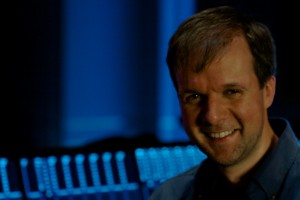 Congratulations to Pete Horner, who is here with me at The Glen Workshop this week in Santa Fe, New Mexico. Pete has been nominated for two Emmys for his work on HBO’s new movie Hemingway and Gellhorn. To celebrate, I’m reposting my interview with Pete, which occurred several months ago as he was working on that project. It was originally published at Good Letters, the blog hosted by Image.

“All of It Was Music”—Pete Horner’s World of Sound, Part 1

In 2010, I had the privilege of leading the Film Seminar at the Glen Workshop in Santa Fe, New Mexico. I was a student posing as an instructor, a film enthusiast more interested in learning about movies from classroom discussion than in expounding upon my own movie-going experience.

Still, it caught me by surprise to learn that the “workshopper” with the most cinematic expertise was enrolled not in my seminar, but in the songwriting workshop.

During the Glen’s lunch break, he quietly listened in on a conversation among my film-seminar friends. I noticed his close attention. I introduced myself.

I learned, to my astonishment, that Pete Horner wasn’t just interested in movies. He makes movies. Or better, he is a gifted collaborator, a sound designer, who, in his work at Zoetrope and Skywalker Ranch, has helped create the enthralling soundscapes of major motion pictures like Jarhead, Rio, and one of my favorites—Francis Ford Coppola’s Apocalypse Now Redux.

We laughed to discover that his favorite childhood toys had been the same as mine—a record player and a heavy-duty tape recorder.

But where the music, sound-effects, and voices I enjoyed from those contraptions inspired me to a future in storytelling, they inspired Horner to a future in the wide, wild world of sound-making.

“For most of my childhood we didn’t have television and rarely saw movies,” he explains. “The first ‘grown-up’ film I saw was The Empire Strikes Back, but in fact it was the NPR-produced radio series of the Star Wars saga that was my primary experience of that story, a story told entirely with sound.”

The summons of sound-making led him first into music. He played in a band and produced hip-hop recordings. But during a summer at music school, he walked into a theater and saw a film that changed his life: Wim Wenders’ Wings of Desire.

“I showed up late and so was completely confused by the plot, but I recognized that there was something more going on in this film than in the Indiana Jones film I saw the previous week. Years later Wings of Desire has become a favorite.”

While Horner spent his college years studying both music and electrical engineering—“That was my father’s work and seemed more practical than music,” he confesses—he eventually dropped the EE studies and designed his own course of study, which he called “The Creative Process.” It would involve investigating a variety of creative disciplines (except dance, he admits).

“It was basically an excuse to take a bunch of arts classes,” he says, “but I also was beginning to understand that all artists regardless of medium are exploring the same territory: mystery.”

After college and a brief spell producing music, Horner searched for work that would pay the bills better and answered an ad from a post-production company in California.

That company happened to be Francis Ford Coppola’s American Zoetrope.

He had some studying to do. Cinema was not his subject, and he’d only seen two of Coppola’s films. “They weren’t the ones you’d think. I had seen Tucker and Peggy Sue Got Married. So the week before I flew to California, I watched the entire Godfather series, Apocalypse Now,One From The Heart, and Dracula. What a week that was! Even though I was watching it on a tiny television with a mono speaker, I remember the ‘ghost helicopter’ sound that opensApocalypse Now and how it immediately engaged me.”

Sill, whenever he wasn’t “at work,” Horner would apply himself to recording bands, his heart set on making music.

“I had the mistaken impression that film sound was a sort of paint-by-numbers job. ‘See a car, hear a car’  is the joke,” he explains. “It wasn’t until my second year at Zoetrope that this changed. I was working on Sofia Coppola’s The Virgin Suicides. I was working in the machine room, tending the equipment. At one point, Richard Beggs, the sound designer, took me aside and showed me what he was doing. He showed me how he was editorially reworking the score from the band Air and adding in his own sonic elements, sound effects and tonalities that worked with the music and with the image, all supporting the characters and emotion of the film.

“Suddenly I got it. Film sound was music, and not just the score. All of it was music. And it was a music I wanted to explore.”

In the years that followed, Horner would find himself crafting sound for Apocalypse Now Reduxand a 5.1 remaster of The Conversation—“two of the greatest film soundtracks ever made.”

He explains, “For both films, we basically unwound the entire soundtrack and then put it all back together. It was an incredible education. I was cutting new sound effects for these films at the direction of Walter Murch, for whom the job title of ‘sound designer’ was created.”

In this collaborative medium, he’s found a place to flourish. “Film is so interdisciplinary. It really is the convergence of sound, music, image, movement, acting, etc. I feel that to do my part well I need to understand and recognize the ideas that the other disciplines are exploring and continue that exploration in my own work.”

And this has only thrown fuel on the fire of his interest in the creative process.

“It’s not just a major anymore,” he laughs. “Now I dabble in many creative expressions, including dance! I no longer need an excuse to take art classes. I just do it.”

He adds, “This is why I love the Glen Workshop.”

In Part 2, Horner takes us into the sound of a scene from an upcoming movie. 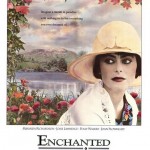 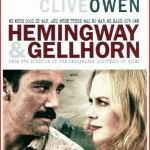 August 1, 2012 “All of It was Music”—Pete Horner’s World of Sound, Part 2
Recent Comments
2 Comments | Leave a Comment
Browse Our Archives
get the latest from
Entertainment
Sign up for our newsletter
POPULAR AT PATHEOS Entertainment
1

Hosea at the movies: three films and a...
A brief look at Matinee Theater: The Prophet Hosea (1958), and brief...
view all Entertainment blogs
What Are Your Thoughts?leave a comment