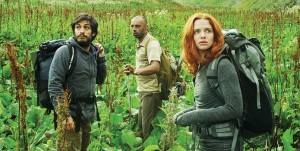 The biggest scare. The most compelling adult relationship. The most memorable journey. This year, for this moviegoer, all three of these things exist in the same film: The Loneliest Planet.

Julia Loktev’s movie, her second narrative feature but the first one I’ve seen, wrecked a perfectly good Saturday morning. The pages of my open notebook remained blank; my uncertainty in every scene kept me from looking away for a moment.

And while I would not say that I find the movie satisfying, I do find it powerfully haunting. And that is my way of paying Loktev and her cast a compliment.

To be haunted by a work of art is a better thing than to be satisfied by it. It means that the movie will play on in my imagination, challenging me and asking me to pay attention. I cannot paraphrase with any certainty what The Loneliest Planet means, but I am certain that it is extraordinarily meaningful, for the questions it raises and the observations it shares about the spaces between men and women and people of different cultures made me recall and reinterpret so many scenes from my own story. My most challenging relationships. My marriage. My attempts to understand people of different backgrounds. My near-death experiences. Moments that shattered my pride and revealed weakness and vulnerability.

Watching The Loneliest Planet, I believed in what I was seeing about as fully as I can believe at the movies.

Following two young world-travelers, Alex (Gael Garcia Bernal) and Nica (Hani Furstenberg), I experienced the wilderness of the former Soviet republic of Georgia. It felt unnervingly similar to my journey into Tarkovsky’s wilderness called “The Zone” in Stalker, for as I progressed farther and farther from the concrete details of civilization, the deeper I moved into territory that seemed to shout in poetic terms about power, love, loneliness, vulnerability, mystery, and human nature. It’s a territory treacherous with challenges and dispiriting realities.

Loktev’s images are not eager to please. They make us wait, with no idea of what is out there for these travelers, but with a growing sense that something is waiting, something will happen.

Through Loktev’s lens, this Caucasus country seems vast and disorienting, strangely lacking in the distraction of showy landmarks or the comforts of picturesque scenery. The emphasis is not on beauty or impressive natural wonders, but on the work of the journey, the physicality of the characters, the spaces inbetween them and the changing nature of their relationships with each other and the environment.

To this, Nica replies, “Are we your sheep?”

Later, crossing rough terrain, Nica insists, “I’m fine, I don’t need help.” And this can only convince us of the opposite, even as it promises that she will soon face a situation in which she will be forced to admit it.

Moments like this slowly bring the tension to a simmer. But we’re not sure what to fear. Dato? Perhaps. The language barrier keeps us at a discomforting distance, and he does have military experience that makes us wonder about his prejudices and his state of mind. But there might be other forces at work in this country, conflicts and dangers that we don’t understand. And the landscape itself proves punishing.

A rope bridge gives a concrete shape to the precariousness we already feel, as do the sharp stones on a steep slope. The film is full of long shots during which we eventually spot our travelers, moving like ants along long crooked lines through the wilderness.

Even the seemingly incidental moments are suggestive if you’re paying attention. The film opens with Nica getting a very cold shower, but she’s able to laugh her way through it for the nearness and tenderness of her lover, thus setting us up for later events when the cold will not be so easy to endure, and when the relationship might not offer so much comfort.

Also, in early scenes where we find Alex and Nica staying in a Georgian home, Alex engages in good-humored play with children who do not speak his language. They laughingly swing at him with toy swords, and he whistles a Morricone western motif, bringing to mind Hollywood notions of wilderness and machismo.

For all of their adventurousness, I never get the sense that Alex or Nica know much more than how to pitch a tent. They seem to see the world as a park to be hiked across. They’re quick to trust strangers and to eat whatever is offered to them. They’re so caught up in a spirit of adventure that they’re prone to walking blindly toward trouble. Perhaps their previous adventures in many other countries have given them confidence. Perhaps they’re just especially brave because of their pending marriage, a romantic new frontier. And as they experience moments of surprise, laughter, mystery, terror, longing, and humiliation, they are learning about the risks, rewards, and terrible revelations that any committed couple is bound to experience.

As Alex, Bernal is admirably restrained, conveying a great deal with his eyes and body language. Hani Furstenberg — a wonderfully surprising actress who seems like she could be Jessica Chastain’s feisty little sister — develops a very complex character through sparse, occasional dialogue. As their guide, Bidzina Gujabidze is fantastic. He makes Dato mysterious, funny, frightening, and when the guide finally opens up about his experiences, he breaks your heart.

Many reviews are spoiling the movie’s biggest surprise, but I’m determined to let you experience it for yourselves. And, frankly, I think reviewers  miss something if they focus too much on that surprise, because there are at least two crucial events that serve as turning points in Alex and Nica’s relationship. These startling occurrences have consequences for both of them, but the first is primarily a test for Alex, the second a test for Nica. It is a testament to Loktev’s artistry that these events come and go quickly, without any music or other enhancement, and yet they crank the tension up to a full boil.

We’ve become accustomed at the movies to seeing guns used more frequently than knives and forks. The Loneliest Planet reminds us that even the threat of violence can bring everything to a standstill, cancel out all coherent thought, reduce us to frightened animals. Similarly, an act of intimacy can overwhelm and cancel our capacity for rational thought, responsible behavior, wisdom, and love.

I believe The Loneliest Planet is a movie about many things, but after this first viewing I am thinking a great deal about what I’ll call “moments of exposure” — instants that can scatter our civility, our composure, our reason ,and our goodness like a frightened flock of birds. We’re left bare as trees in winter, vulnerable and cold. What we are shown to be in these moments of testing brings on a wave of shame, like Adam and Eve knowing that they cannot cover up their weakness, their failure, their insufficiency when it comes to being good. Further, the movie then asks us how we respond to being exposed, and how we should treat those who have been so deeply shaken.

After the end credits, I found myself pained by a memory I have long suppressed. I remember hiking in the midst of thickly forested hills in Betws-y-coed in Wales, exploring with a close friend up crooked stones from an ancient Roman road. Along the way, we sighted some decrepit shepherds’ shelters, and we were delighted, feeling as if we’d drawn back curtains of time and stepped through into a lost world.

My friend ventured off the trail for a moment, and I lost sight of her. Then I heard a cry unlike anything I’d heard before. I ran to find her. She was trying to get to her feet. She had fallen, hurt herself, and was covered in muck.

It was not a serious injury, in medical terms, but her pride was severely injured, and there was no easy way to clean her up for the return journey. I was startled by the incident, but doubly startled by her intense feelings of humiliation. It was a long, quiet walk back to the lodge where we were staying. And even though what I had witnessed was not in any way my fault, my friend was uneasy around me for a while after that.

Remembering this brought back other memories of my own moments of exposure — some trivial, some substantial. The trauma of a violent car wreck. The terror of an airplane emergency. The shattering shock of being attacked and beaten by a drug addict in a frenzy. I’ve experienced all of those things, and I’ve learned a lot about myself in the process.

Your examples might be different. Have you ever lost your senses for a moment in the shock of an unforeseen, life-threatening event? Perhaps an animal attacked you, or you were sexually assaulted, or a hurricane threw a tree down on your house.

At the heart of things, we are far more vulnerable than we think we are. Our sense of composure is complex, but fragile. We are fiercely lonely and needy and broken. In some ways, our civilizations and cultures and technologies have helped us rise above what we might do out of primal instinct. But then again, in some ways, those same civilizations, cultures, and technologies have served to conceal what we really are.

It doesn’t take much for this moment to turn and remind us of our fragility, how insufficient we are for each other, how much we need something more. And I suppose that is one of the other reasons I am uncertain about the future for Alex and Nica. They seem to have each other, and only each other, in the world. And that is not enough. 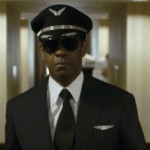 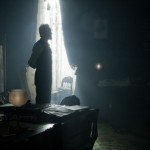