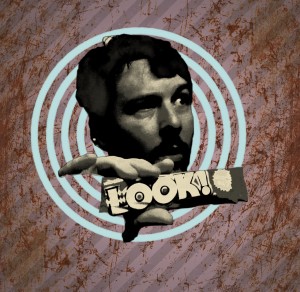 Just in case you missed them, here’s a list of six distractions from the past few days. It’s a parade of bizarre attractions starring…

If you have work to do, avoid the following links at all costs…

1. Django Unchained and the Quest for Revenge

Django Unchained earned more than $60 million in the first six days. And Hollywood, being a business-minded town, will get the message: “More, please.”

Are people really so bloodthirsty?

I address this question, and several more about the always-controversial Quentin Tarantino, in an article from the March 2013 issue of Christianity Today that has just been published on their website. Let me know what you think.

Did you miss Blue Like Jazz while it was in the theater? If you’re a Netflix subscriber, you can catch up with it now on Netflix Instant.

Here’s my full review of this controversial film about an evangelical Christian on the campus of a (gasp!) secular college!

But wait, there’s more: I also interviewed director Steve Taylor. He was one of my musical heroes when I was in high school. Now he’s making films worth talking about. Here’s a clip:

Overstreet: How did the people at Reed College respond to your depiction of their culture, and to that three-day campus festival — Renn Fayre?

Taylor: Reed is a famously closed society. When they do Renn Fayre, they don’t allow anybody else on campus. I actually attended Renn Fayre two consecutive years to do research, and I had to get special permission both times. I couldn’t take any photos or video, all I could do was text myself notes while my production designer made sketches. They like the fact that there’s a mystery to it.

Don [Miller] introduced the film, and he did a wonderful job of making funny excuses and sort of apologizing for portraying Reed’s culture. He said, “Listen, I’ve attended a lot of classes at Reed. I kind of understand the theme here. So if you want to go full-on Mystery Science Theater during the screening, feel free. And they all cheered and took full advantage of it.

I had told them ahead of time, “We would have loved to have filmed the whole thing here at Reed, but we didn’t have enough money. So you’re going to see a mix of Reed College and another location, and we apologize for that.” So every time Reed College showed up, they cheered, and every time another location was substituting for Reed, you heard scattered boos and hisses.

They tended to like the dialogue, but there were other times when you’d hear catcalls about certain things. We had some walkouts, but Don was pacing outside on the campus, and he noticed that some people were going out to get high and then going back in to finish watching the movie.

At the end we got a long, extended ovation and a large number of students stayed around afterward to talk.

The consensus from students I spoke with was, “We came tonight, not wanting to like it, but we have to admit that you got the environment pretty close.”

Overstreet: Well, if people are getting high during the movie, that may give it a promising future right there. That’s worked for a lot of cult classics!

Taylor: (laughing) Whatever it takes …

3. Cause for Celebration: The Criterion Collection is Bringing Babette’s Feast Back in Its Best-Possible Edition

Babette’s Feast has been at the top of my Criterion Collection wish list for several years. My dream has come true.

Here are the details.

Since Criterion is bringing Babette’s culinary revelation back, I might as well bring back my essay celebrating my favorite movies about food. Enjoy.

4. How Did Wes Anderson and Roman Coppola Write Moonrise Kingdom? Did They Start with “Something to Say”?

I argued that I don’t know what my stories are about before I tell them. I often only have an inkling of what they are about after I’ve told them. And most of my favorite artists have testified to the same thing. Further, most of my favorite artists have confessed the same thing: They make art as an exploration, focused on the details, letting the work reveal its meaning in mysterious ways that cannot be reduced to paraphrase.

Listen to Roman Coppola talk about writing Moonrise Kingdom with Wes Anderson. Moonrise Kingdom remains my favorite film of 2012. Did the writers start with a message? Could they explain what the movie was “saying”?

My first memory of what Wes described was that this was the “island movie.” It involved two adolescents, a boy and a girl that had run away. For a period of time, it was a glimmer in Wes’s mind, so I was always curious as to what happened with the “island movie.” One time I asked him, and he said, “Oh, I have some ideas,” and played me the music from the opening sequence. When I heard it, that really opened a door. There was a kind of clarity to what it was, and reading those first pages he had, it was such a door opening on a world. It was very, very clear. That’s the type of collaboration you look for with people, where you have that kind of shorthand where someone can just play some music or give you a color of something, and you go, “Ah,” and have a deep understanding of what it is. That’s what Wes and I share, certainly with this story and other things we’ve worked on, this immediate understanding on an intuitive level of what it is that we’re talking about.

It’s very practical what’s happening, where they are going, who says what, and it’s very seldom that we talk in any profound way about emotions or themes or deeper ideas. Those are just in the background. We are pretty much exclusively concerned with what’s happening, what’s going to happen, what do they say and how is that going to be interesting?

That’s very much my own experience… I become intrigued by characters, by a place, by an event. I start writing about it. As I do, I begin to sense, very intuitively, that I’m on the track of something important. It’s like hunting an invisible creature. I’m hunting it, but I don’t know what it is. When I cast my nets, I might miss and come up with nothing. Or I might come up with something wild and live and wonderful. If so, I’ll have a sense that I’ve caught something important. But even after it’s captured, I won’t know exactly how to describe it. It remains meaningful in a mysterious fashion. If I could explain it, it wouldn’t be worth hunting.

Does that mean we can’t talk about what the movie means? Of course not. We can share what we sense that it is showing us. But we will only get fragments of it. And it will reveal different aspects of the truth to different audiences. That’s the beauty of art. It’s a living thing, not a riddle with a solution. You can’t isolate “the meaning.” It is permanently woven into the stuff of the art.

5. Thanks to Andrew Sullivan!

“You got Dished!” a friend of mine exclaimed. And lo and behold, it was true. The popular political commentator and blogger Andrew Sullivan discovered my conversation with film critic Matt Zoller Seitz about the films of the Coen Brothers: “O Coen Brothers, Where Art God?” I’m grateful that he shared his discovery at his blog, The Dish.

In what is likely to be this year’s most inspired — and unlikely — musical collaboration, Steve Martin and Edie Brickell are releasing an album full of spirit-lifting banjo and sunshine-y vocals. If you act fast, you can hear it for free at NPR. 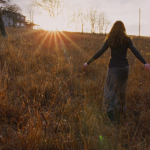 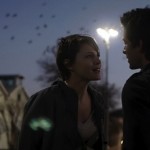 In Bruges and Guilt
As we move from the blockbuster season toward that time when all...
view all Entertainment blogs
What Are Your Thoughts?leave a comment