Upstream Color, the new film written by, directed by, scored by, starring, sliced and diced by, shaken and stirred by, danced by, implanted by, effed-up by, and birthed by Shane Carruth is… well, wait, let’s just stop right there for a moment.

America, we have a filmmaker. In the most comprehensive sense of the word.

While the credits tell you Carruth plays the male lead — a troubled divorcé named Jeff — I’m tempted to guess that Amy Seimetz is just an alias, and Carruth plays the female lead as well. Why not? He seems to have downloaded this film directly from his wild imagination.

Yes, this is the guy who wrote and directed that mind-bending yet utterly satisfying 2004 time-travel thriller called Primer. Which, by the way, seems as simplistic as an episode of Lost by comparison.

But don’t let that dissuade you from buying a ticket. It’s as visually dazzling, if not moreso, than Terrence Malick’s To the Wonder, and charged with a sense of the unpredictable and the inspired. This is your chance to witness the arrival of what is sure to become a cult classic, a film influenced by great art films that will probably become powerfully influential in its own ways in time.

I’ll write a full review of Upstream Color in time. But it will take time. Consider this just a first-impression burst of enthusiasm. Believe me, you don’t want reviews to explain this movie to you before you see it.

So, a few more fumbling attempts to describe it without spoiling it…

Imagine if Terrence Malick made Eternal Sunshine of the Spotless Mind, but he made his characters so mentally compromised that the audience will never be sure which strands of the story are actually happening, which ones are straight metaphor, which are dreamed, which are hallucinated, or which are happening on some spiritual-warfare level. 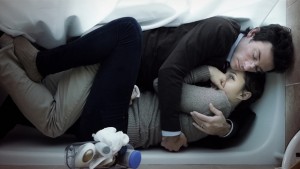 Imagine he disallowed himself any use of interior monologues.

Imagine that he played Aronofsky’s Requiem for a Dream and Pi while he slept every night for a year, then did the same with Tarkovsky’s The Mirror and Stalker for another year.

Imagine that he drew a lot of ideas from Radiohead songs: “Fitter, Happier” and “Where I End and You Begin” and stuff from the album Hail to the Thief.

Imagine he set about a third of the movie on a pig farm.

Okay, now we’ve scratched the surface of this movie, which is as original and invigorating as anything currently in theaters. It rates up there with 2001: A Space Odyssey and Mulholland Drive in terms of challenging and baffling as much as it entertains.

You may not make much sense of the plot the first, or even the fifth, time through. But you’ll never forget it.

And if you start making connections — poetic connections or practical connections — you’ll probably go on making them until you arrive at your own unique interpretation. That’s an experience I’m always hoping for at the movies… the sense that this is a living thing, an alien life form, challenging but not incomprehensible, and that it will eventually come to you if you’re patient and observant and dedicated to the task. It doesn’t mean “whatever we want it to mean,” but it does need a whole community of observers bringing their perspectives to the table.

If you’re lucky enough to find it in a theater this weekend, go see it. 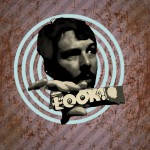 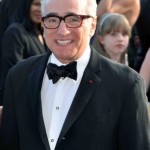 April 21, 2013 Scorsese's Interest: "What About the Soul and the Heart?"
Recent Comments
5 Comments | Leave a Comment
Browse Our Archives
get the latest from
Entertainment
Sign up for our newsletter
POPULAR AT PATHEOS Entertainment
1

The Heart is a Lonely Hunter and Ministering
Alright. We're fresh off of Disney and Alfred Hitchcock on my docket...
view all Entertainment blogs
What Are Your Thoughts?leave a comment