The Bard on the Big Screen: Much Ado About “Much Ado,” “Shakespeare in Love,” and More 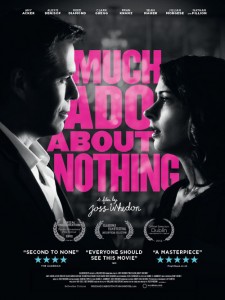 Joss Whedon’s Much Ado About Nothing is winning high praise at film festivals, promising moviegoers an infusion of intelligence, romance, and sophistication during summertime’s typically juvenile program of explosions.

The entire cast, indeed, revels not just in Shakespeare’s language but in the clever way this play both conforms, in its plot points, to the now-antiquated gender roles of its time but also subverts them, giving acute but not overemphatic stresses on the subversions.  It’s a take on the play that purists can certainly respect, and that novices may well find seductive or at least engaging.

From its very first scenes, Mr. Whedon’s film crackles with a busy, slightly wayward energy that recalls the classic romantic sparring of the studio era.

I want to believe.

The last time I saw an adaptation of Much Ado About Nothing at the movies, I was disappointed. Kenneth Branagh’s enthusiastic production gave us some wonderful scenes, but the cast was a distracting mix of celebrities, some of them excellent, some miscast.

Due to the difficulty of adapting Shakespeare’s complex period pieces for the screen, I suspect that you, like me, have a personal opinion about which attempts were mishandled and which turned out to be magnificent.

What’s your favorite big-screen blast of the Bard? Is there some Shakespeare on the big screen that deserves more attention than it’s received? 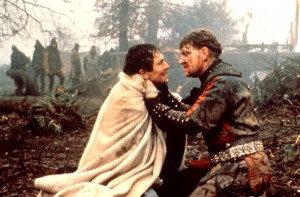 For me, there is one that stands out from the rest: Kenneth Branagh’s Henry V, a work that made Branagh’s future on the big screen seem incredibly promising… perhaps too promising. Nothing he’s done since then has captured and inspired me like that.

I’ve found Rosencrantz and Guildenstern are Dead, based on the Tom Stoppard play, to be worth revisiting time and time again.

But for every admirable title, I can think of several that frustrate me. I avoided Anonymous, for example It turned out to be a crowd-pleaser, but it was based on a preposterous premise that will provoke the perpetuation of silly conspiracy theories for generations to come.

And then there’s Shakespeare in Love.

That’s a film that… well… maybe it’s time for me to restore my original review to the online archive. 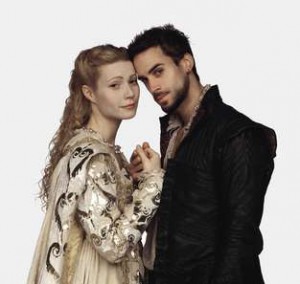 This review was originally published at one of the earliest versions of this blog, way back in 1998. Although I have always made it a practice to revise reviews from time to time, reading it feels a little like looking at snapshots from my childhood. Here it is, such as it is…

To see Shakespeare in Love, or not to see it… that is the question.

Proceed with caution. Shakespeare in Love boasts a brilliant screenplay by Tom Stoppard and a spirited cast, including a scene-stealing Judi Dench, and what is, by my lights, the finest acting of Gwyneth Paltrow short, luminous career.

Cast off your idea that Shakespeare films are stuffy. This one’s as lusty as movies come.

Lust. We’ll get back to that word in a while.

Shakespeare in Love proves once and for all that the Fiennes family must have put something spicy in the baby food. Joseph Fiennes as Shakespeare demonstrates as much… nay, even more intensity than his melodramatic brother Ralph (Schindler’s List, Quiz Show, Prince of Egypt). You get the feeling that if this Shakespeare had a fight over a woman with that man behind the mask in The English Patient, we’d see the screen’s most spectacularly bitter duel… and it would be fought with Ralph and Joseph’s stares.

Eyes intent as blowtorches, Fiennes plays Shakespeare as a man so hot-blooded that, before he can sit down and write a word, he has to go out, intoxicate himself with lust, dawdle with tawdry mistresses, then return to his desk, spin around three times, spit on the ground, clap his hands, and rub his quill pen between his sweaty palms. (If that sounds like a euphemism, well, it almost is.) He writes as if he’s a wrestler in the ring. If writing were this much fun, people would buy tickets to a rough draft and shout, “Go, Playwright! Fill those pages! Pin this play to the ground!”

If it weren’t for Gwyneth Paltrow as Viola, Shakespeare’s dream girl, this play would burn itself out with overacting. With Fiennes about ready to explode, Gwyneth provides the cool. She is graceful, subtle, practically glowing as she moves from the elaborate ballroom dances to a secret rendezvous in the shadows. When she hears Shakespeare’s latest verse, she sighs, “I will have poetry in my life, adventure, and love… love as there has never been in a play….” (She seems here far more eloquent at spontaneous speech than Shakespeare, who is left stammering about his play’s premise: “Well, there’s this pirate…”.)

Viola seems honestly enraptured by the language… the language, not the man. Even when she’s trapped by Shakespeare’s Death Star Tractor Beam stare, it is clear that she is thinking of the plays, and thus allows herself to be swept away by the great creator, somehow blind to the fact that he’s a womanizing fool as well as an eloquent scribe. Before they’ve even had an honest-to-goodness “Hi, How are you?” conversation, they’re rolling in the sheets. It’s as though they’re stuck in one of those movies where a meteor is coming to destroy the world, and they’re “seizing the day.”

But alas those difficult times. Viola must marry Lord Wessex, a Disney-esque villain (Colin Firth) who is an investor in tobacco (Tobacco: Investment of Villains). Wessex cares only about Viola’s fortune and seems indifferent to her beauty, grace, and rumored virtue. Seriously, what is wrong with this dude? 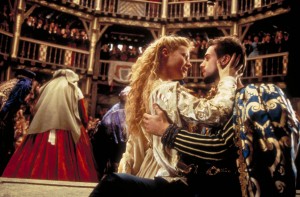 Speaking of virtue — is this play about virtue? We are compelled to be repulsed by the idea of this forced mismatch of Viola and Wessex. We must, of course, desire Viola to wed her heart’s true love, Shakespeare. The movie certainly makes one wonder which God will smile on more; her “arranged” marriage or her hasty carnal revelry with the guy who sweet-talked her into the sheets. I was leaning towards thinking that her “true” marriage was with Shakespeare… until I thought about one fact that the movie hopes we’ll forget.

He’s abandoned his wife and children to run around winning the hearts of young Viola’s.

We are given a moment to ponder the gravity of this, and for a moment I was excited the movie was going to tackle a seriously messy moral dilemma. But alas, no such luck. After the moment of tension, we’re supposed to accept that marriage means nothing when the hormones move. We’re expected to laugh off the bard’s past errors and applaud his latest passionate mistake. We never see the wife he left behind. We never see his children. This movie is as much in denial of the value of responsibility and faithfulness as this Shakespeare himself. The filmmakers seem to shrug their shoulders and say, “That’s tough, but here’s Gwyneth Paltrow, and what married man in his right mind wouldn’t abandon wife and children to jump into the sack with her?”

It is this “love” inconvenienced by a greedy suitor that supposedly drives Shakespeare to his greatest work, Romeo and Juliet, and the play’s debut provides the stage for the movie’s brilliantly executed (if thoroughly implausible and predictable) resolution.

Still, for all advocacy of unfaithfulness and self-destructive behavior, the artful screenplay does offer a thousand true delights, witty turns of phrase, and truly stirring speeches.

Geoffrey Rush, who has proven that he can play everything from a disabled genius composer (Shine) to a malevolent comic book villain (Mystery Men), here creates another engaging character. A clumsy bankrupt theater manager, he’ll do anything to host Shakespeare’s next play. Judi Dench’s Queen is a cross between another of her great chacters — Mrs. Brown — and a character that I now suspect she could have played if she’d put her mind to it… Jabba the Hutt. She’s as intimidating, awe-inspiring and ornate as any character on the screen this year.

Ben Affleck works hard to fit in with all of these classically trained Brits, and he doesn’t embarrass himself, but one does pity him as he watches his real-life girlfriend get hot and heavy with Fiennes over and over again. Rupert Everett is a welcome sight as Christopher Marlowe, vital to the film’s most brilliant subplot and twists. Even Simon Callow, one of my favorite period-piece regulars (the lovable Mr. Beebe in A Room With a View) storms in a few times to add some muscle.

But why, oh why, did they have to pour so much syrup on what might have been the year’s finest confection? With its heavy dose of gratuitous nudity, rumors of which will be sure to draw in males viewers who are otherwise allergic to Shakespeare, the film violates its own high-minded talk of true love with fuel for adolescent fantasies. Thus, for this moviegoer, Shakespeare in Love falls far short of Tom Stoppard’s other bard-related production: Rosencrantz and Guildenstern are Dead.

This film is wrongfully named. It has powerful language and a wealth of talent as its distinguishing marks, but it shies away, curiously, from poetry, subtlety, and art whenever the lovers embrace, and we’re left with no heroes or heroines worth swooning for.

In truth, this is Shakespeare in Lust. 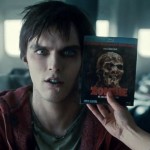 10 responses to “The Bard on the Big Screen: Much Ado About “Much Ado,” “Shakespeare in Love,” and More”