Indiana Jones and the Pirate Muppets of Dagobah

Walt Disney Studios has bought the marketing and distribution rights for future movies in the “Indiana Jones” franchise from Paramount Pictures, the companies said Friday.

This gives Disney control over the future of the series, adding to the ownership rights it acquired when it bought Lucasfilm in in 2012 and clearing the way for the studio to make more “Indiana Jones” movies if it chooses to do so.

Okay, so now that Disney owns the Muppets, Star Wars, and Indiana Jones, late night comedians have enough monologue material to keep them busy for years.

I challenged my friends on Twitter and Facebook community to see who could come up with the best title for Indiana Jones V. I threw down the gauntlet on Twitter with the title you see on this post. Here are a few of their suggestions. Feel free to add your own. 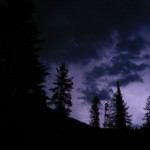 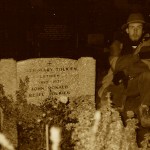 Not another Reboot
Review of Hulu's "Reboot"
view all Entertainment blogs
What Are Your Thoughts?leave a comment

One response to “Indiana Jones and the Pirate Muppets of Dagobah”