Peter Jackson’s new Middle-Earth movie — The Hobbit: The Desolation of Smaug — is here. And not even an army of the most influential film critics could prevent it from becoming a box office sensation.

But, as you can see, most film critics are actually cheering for the film. And why not, if what you want is a immersive, overwhelming, action-packed big-screen experience?

Me, I didn’t attend the press screening. I initially accepted the invitation, hoping that this chapter would be more like Jackson’s first Middle-Earth movie — The Fellowship of the Ring — which was surprisingly faithful to the spirit of Tolkien’s work.

But then I learned a few things that changed my mind.

But first, here are six important bits from a Desolation of Smaug review by my favorite movie reviewer…

Okay, now, where were we? Ah, yes… three reasons why I couldn’t bring myself to attend the press screening for this movie…

As my friend David Dark has pointed out, Sesame Street’s new Lord of the Rings “parody” is actually more faithful to Tolkien’s convictions. In it, we see the dark side of Cookie Monster, representing the potential in all of us to lose all restraint in the service of instant gratification. How perfectly relevant.

All of this reminds me of how, when I was a kid, my parents would buy me the annual J.R.R. Tolkien calendar. Often, those calendars featured artwork by a variety of artists. All of the pictures were interesting for various reasons. But some of the artists, you could plainly see, loved Tolkien and took the honor of this opportunity to humbly and imaginatively interpret his work in a way that showed both respect and vision. Some of them, though, showed that they hadn’t even read the stories — they were exploiting Tolkien’s imagination as an excuse to do something unrelated to him, to celebrate something incongruous with the spirit of his work. I never liked those pictures, and never gave them any space on my wall. They seemed to me to be the work of Adaptation Terrorists.

And thus I’m heavy-hearted to see how, when it comes to Tolkien on the big screen, the terrorists have won. 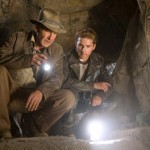 December 6, 2013
Indiana Jones and the Pirate Muppets of Dagobah
Next Post 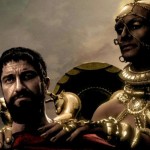 December 18, 2013 Big Screen 2014: Been There... and Back Again... and Again...
Recent Comments
7 Comments | Leave a Comment
Browse Our Archives
Related posts from Looking Closer

Luck Isn’t About Luck. It’s About Character.
It rains movies in August. The summer’s big blockbusters have come and...
view all Entertainment blogs
What Are Your Thoughts?leave a comment

7 responses to “The Abomination of “Desolation”: Two Hobbit-Related Lists”