Hard to Be a God — The Science Fiction Film of the Decade?

Hard to Be a God — The Science Fiction Film of the Decade? February 17, 2014 Jeffrey Overstreet

Hard to Be a God…

That title first won my attention when one of my favorite film critics, Michael Sicisnki, rated it a perfect “10.” I’ve learned to sit up straight when Sicinski responds like that.

The last time he awarded a “10,” he’d just seen Abbas Kiarostami’s Certified Copy, which remains my favorite film of this decade so far.

I began to dig for information. What is this movie? Why such a bold title?

So I discovered the name Aleksey German (it’s a hard “g” — you pronounce it “GRR-man”). He’s a Russian filmmaker, and he passed away one year ago this week, never to see this work completed. I’m unfamiliar with his career, but I’m intrigued by all that I’m suddenly discovering.

Here’s a cryptic summary of Hard to Be a God, German’s last, epic work at IMDB:

A group of scientists is sent to the planet Arkanar to help the local civilization, which is in the Medieval phase of its own history, to find the right path to progress. Their task is a difficult one: they cannot interfere violently and in no case can they kill. The scientist Rumata tries to save the local intellectuals from their punishment and cannot avoid taking a position. As if the question were: what would you do in God’s place? Director’s statement Aleksei wanted to make this film his entire life. The road was a long one. This is not a film about cruelty, but about love. A love that was there, tangible, alive, and that resisted through the hardest of conditions.

Turns out the film is based on a book by Arkady and Boris Strugatsky.

It would be easy to tell you that I’m excited about this because I’m a big fan of the great Russian filmmaker Andrei Tarkovsky. But the words “big fan” don’t seem accurate. I’m a student of Tarkovsky’s films… and a beginner at that. I admire them — especially Andrei Rublev and The Mirror, which I find enthralling. But all of them are hard work. Like any great Dostoyevsky novel, they require attention, study, discussion, and more than one “read.”

From everything I’m hearing about the film, which has begun to play for audiences now, German’s film is the same sort of ambitious. And I’m grateful to J.A.A. Purves, one of my colleagues at artsandfaith.com, who assembled the excerpts that followed and posted them there. (I share them here with his permission.)

… On the 21 February 2013, German passed away in St Petersburg. His final project was the long awaited adaptation of the Strugatskii Brothers’ 1964 science fiction novel, Hard to be a God, titled Trudno byt bogom (History of the Arkanar Massacre). He began the project in 1968 in a veiled response to the Prague Spring. Like much of his work it was an allegory of Stalinism, but set on another planet. Without government funding, he had been working on it sporadically over the past decade with recent rumours that it had become an allegory of the Putin era. The film tells the story of a historian who is sent to a planet that bears a strong resemblance to Earth during the Middle Ages. There he must monitor the brutal events but without getting too involved and changing the fate of history. It is reputedly in the final stages of the audio-mix and set to be released soon. It appears that his filmmaker son, Alexei German Jr, will complete his father’s film.

Every year for the last 15 years the most anticipated Russian film has been the same: Hard to Be a God, a grandiose fresco depicting a fictional medieval kingdom in outer space, directed by Alexei German. German (the g is hard, as in good), who is considered by many to be the most important Russian filmmaker of the last thirty years, did not live to see today’s premiere at Rome Film Festival. Although pre-production started in 1998, it took ten years to wrap on shooting and a further five years to edit and dub the already legendary picture. One reason for this extraordinarily slow process is, perhaps, that German had to develop his own method of filmmaking: he had charged himself with the task of making a film unlike any other.

And he succeeded: Hard to Be a God is brutal and visceral, visually and aurally dense, with a loose narrative thread and unheroic protagonist. It is, essentially, cinema reinvented: if you try and play the good old film critic game of “compare this to another director” the only filmmaker that springs to mind is German himself. Maybe this is why German is so little known outside his home country. While he was developing his own style, Russian cinema came to be associated with a certain kind of storytelling: thanks to Andrei Tarkovsky, Russian films are expected to be slow, rigorous and abstract. German was never a part of this — or any other – trend. Neither did a movement ever form around him, perhaps due to the extreme complexity of his style and method. His influence is, however, traceable in the work of his son, darling of Venice Film Festival Alexei German Jr, chernukha king Alexei Balabanov, or Ilya Khrzhanovsky, who is now working on Germanesque period piece Dau. The media crowd is inclined to classifications and hierarchies, but German was too big and awkward to fit in any category, and hierarchies were something he fought against throughout his work …

… Hard to Be a God—where a man from a highly possible future walks through a cultural past that is also a physical present—is about being caught in a clearly circumscribed place and time, without the chance of escape offered by memories and reveries. Don Rumata is a prisoner of the past—not of history, as the doctor in Khrustalyov was, but quite literally that which is already behind him, those obstacles to human development his civilization has already overcome. He is walking through an all-too-real that-which-was, prohibited from using his knowledge and powers to help bring about a change that will happen eventually, so theory says, but only after certain developments have taken place. Thus impotent, he is doomed to fall back to a more atavistic stage, or rather worse: doomed to realize that any action he makes to alleviate suffering will be useless until change comes nigh, and in fact will only make matters worse. Hard to Be a God is a monstrous and strikingly Russian Orthodox huis clos, convinced that change will come but miserably resigned to the fact that nothing can be done to speed that escape from suffering. Which is to say that German not only still believes, but knows that above all we are frail and weak, even in our bravery …

… German’s chief influences (like Sokurov’s in “Faust”) are the paintings of Hieronymus Bosch, the Brueghels and other Northern artists whose depictions of the grotesque, the impoverished and the vulgar presented a fallen world largely incapable of fixing its eyes on salvation … What can’t be questioned is the remarkable black-and-white lensing by Vladimir Ilyin and Yuri Klimenko, the latter with notable credits including “The Legend of Suram Fortress,” and the former as German’s d.p. on “Khrustalyov.” Tracking shots move through the teeming sets with astonishing determination, the camera at times acting as Rumata’s eyes as he wends his way through muck and conflict; the actors must have been exasperated by the uncomfortable conditions. While the mise-en-scene impresses with sustained sequences that seem to almost defy the editor’s hand, the lack of narrative comprehension makes it feel like an exercise moored solely to a defiant, immovable philosophy …

… Veteran actor Yarmolnik (We Are Family) gives the performance of a lifetime as the raging Don Rumata, who with his silly joking and far-reaching compassion is more human than any other character. He even has an accomplished moment playing a jazz trumpet. Though he’s the best fighter of all, he never kills anyone until he’s pushed too far. But unlike the code of the Old West, here revenge isn’t the best idea. The rest of the cast gamely throws itself into the demands of role-playing and heavy make-up sessions. Costume designer Yekaterina Shapkaitz and the multiple production designers do a hats-off job creating the film’s unified look of grit and grime, a kind of outhouse esthetic filled with excrement, vomit, spit, blood and spilling guts. Editing likewise goes all-out, avoiding a single quiet moment in almost three hours of running time.

Sounds like the feel-good movie of the year… something special for fans of Cormac McCarthy and George R. R. Martin.

And now, to whet your appetite further… here’s the trailer that landed last month: 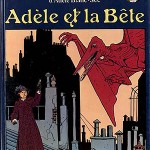 February 15, 2014
Now You Can Watch the Zany Adventure Movie That America Missed
Next Post 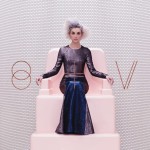 February 17, 2014 Listen Closer: St. Vincent, Beck, Neneh Cherry, Lost in the Trees... and U2
Recent Comments
6 Comments | Leave a Comment
Browse Our Archives
get the latest from
Entertainment
Sign up for our newsletter
POPULAR AT PATHEOS Entertainment
1

The Soul of Gospel Music Explored in New...
Choir Master Patrick Riddick discusses what Pharrell and the panel were looking...
view all Entertainment blogs
What Are Your Thoughts?leave a comment

6 responses to “Hard to Be a God — The Science Fiction Film of the Decade?”