Listen Closer: St. Vincent, Beck, Neneh Cherry, Lost in the Trees… and U2 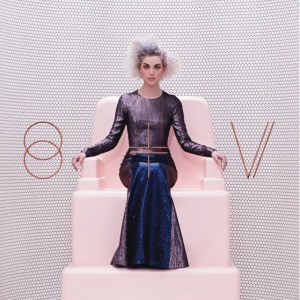 St. Vincent’s new self-titled record is every bit the fireworks show that we’ve come to expect. I’m listening to it right now, and it’s melting my head.

It’s going to take a dozen listens before I’m really ready to talk about it.

Listen to it at NPR First Listen until it’s released.

If you want an early review, read this five-star rave at The Guardian:

… the most striking thing about St Vincent is how confident it seems: from its title to the opening crunch of distorted drum machine to the gorgeous closing ballad, Severed Crossed Fingers, it feels remarkably sure-footed, the sound of an artist who … has worked out exactly what she wants to do, and furthermore exactly how to do it. It’s tempting to wonder how much her confidence has to do with her 2012 collaboration with David Byrne, Love This Giant, a faintly underwhelming album that nevertheless seemed to confirm Clark’s ascendancy to greatness: it clearly wasn’t intended as a kind of pan-generational art-rock face-off (you can hear Byrne’s influence on the jerky funk and nervous outsider protagonist of St Vincent‘s first track, Rattlesnake) but ended up feeling like one, simply because most of its great moments seemed to emerge from Clark rather than the old master of smart-alec rock. More likely it’s down to the fact that Clark has written the strongest material of her career.

St Vincent‘s 40 minutes offer an embarrassment of fantastic songs: the electronic judder of Psychopath, the sumptuousness of I Prefer Your Love. It feels emotionally lighter than its predecessor – last time around there was a lot of sex, some of it a bit painful in every sense, whereas this time there’s a lot more love – but Clark still comes up with some startling lyrics. Floating along on a kind of synthesised spectral chorus and blessed with the kind of tune you just want to wallow in, Prince Johnny is a fascinating puzzle: it’s hard to work out whether the titular character is male or female, whether or not the song’s narrator has slept with him or her, or how much their affection is tinged with contempt. In fact, the words are often ambiguous – Digital Witness isn’t the only song about the disparity between public image and reality – but they’re the only thing here that is: bold, poised, precise without sounding sterile, St Vincent seems to be a straightforward triumph.

After you’re done listening to St. Vincent, you’re going to need something mellow, something to slow down your frenzied heart rate. I recommend this… Beck’s new album Morning Phase. It, too, is streaming at First Listen. 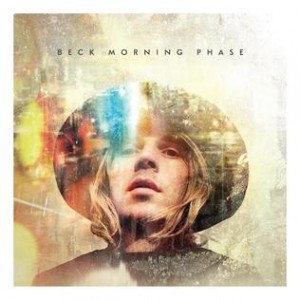 It’s been described as a sequel to Sea Change, my favorite of Beck’s records. I loved the oceanic string arrangements on that record so much that I bought a 5.1 Surround Sound edition on SACD, and it remains the album that I use when I want to demonstrate the power of that format. (Alas, the world seems to have given up on SACD, which makes music sound better than ever, for the convenience of trashy-sounding mp3s.)

Beck didn’t shy away from these comparisons, calling it a “companion piece” to his acclaimed 2002 LP, and as “Morning” glimmers into view, sounding for all the world like “Golden Age,” it almost seems as if Beck covered himself as part of the Record Club. Morning Phase soon develops its own distinct gait, one that’s a little more relaxed than its cousin. Crucially, Beck has swapped sorrow for mere melancholy, a shift in attitude that makes this 2014 album sweeter than its predecessor, a distinction sometimes distinguished by moments where words, traditionally the sadness signifiers for sensitive troubadours, are washed away by cascading waves of candy-colored sound. Underneath this warm, enveloping aural blanket lie some sturdily constructed compositions — the haunting “Heart Is a Drum,” bringing to mind memories of Nick Drake; the loping country-rock “Say Goodbye” and its sister “Country Down”; “Blue Moon,” where the skies part like the breaking dawn — but the abiding impression left from this album is one of comfort, not despair, which makes Morning Phase distinctly different than its companion Sea Change.

I’ve heard Morning Phase three times now, and it’s lush color-washes are just as symphonic as Sea Change’s. But the similarity is, well… a little too similar for me at times. And I think the lyrics on Sea Change had more bite to them.

But I need to give this several more listens before I have a really good sense of it. I have a feeling this is going to be a great disc for long, scenic road trips.

Speaking of road trips… drive all the way back to the early ’90s, and you may remember how Neneh Cherry made an impression and then disappeared.

First Listen is on top of everything this week: Here’s the First Listen of her comeback album — Blank Project.

I’ve missed Cherry. She opened doors for me to appreciate styles I’d never listened to, way back when she appeared on the soundtrack for Until the End of the World. She’s still compelling, having discovered early in her career just what kind of setting allows her to shine. I’m pleased to hear a comeback album that is so modest in its sounds, drawing us in instead of blowing us away. And the more I lean into this, the more details I find to enjoy. At times, she ventures into the kind of grungy, industrial sounds you might expect on a PJ Harvey record, or even Nine Inch Nails. But nothing ever overruns her voice, and she sounds as comfortable and confident as ever.

They’re also playing the new Lost in the Trees record — Past Life. [UPDATE: Argh. Time’s up on that one.]

Enjoy! And if you have first impressions of any of these, feel free to share.

Now, if you’ll excuse me, I have a Tonight Show performance by U2 to catch… 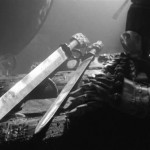 February 22, 2014 Before You See That Noah Movie, Read This...
Browse Our Archives
get the latest from
Entertainment
Sign up for our newsletter
POPULAR AT PATHEOS Entertainment
1

And speaking of Plato...
Review of "The Amsirs and the Iron Thorn" by Algis Budrys
view all Entertainment blogs
Copyright 2008-2021, Patheos. All rights reserved.