An Ugly, Arrogant Gospel: God’s Not Dead, But Is He Shaking His Head?

Now, two of the finest film critics in Christian media agree: There’s something quite contrary to the spirit of the Gospel at the heart of the smash-hit “Christian Movie” God’s Not Dead.

I’m hoping that Greydanus will publish a longer, written review at Decent Films.

Until then, here’s an excerpt from some first-impression notes that Greydanus posted at ArtsandFaith.com.

Caution: These are spoiler-ish notes:

Looking back, it seems to me that the movie basically divides the world into two kinds of people: true believers with no moral faults, and nonbelievers with no redeeming qualities. Am I wrong about this? The only middle cases I recall are the Muslim father, a believer but not a true one, who has some redeeming qualities (he really cares about his daughter, in his own misguided way), and the Chinese student, who may not be a true believer, but is a true seeker who eagerly and unresistingly accepts the faith as soon as it’s offered. I’m not sure Josh’s fiancee counts as an exception; presumably she has a nominal faith (since obviously a Christian as pure as Josh wouldn’t be engaged to a non-Christian), but nothing we see establishes her as a “true believer,” so far as I recall. Certainly she has no redeeming qualities that I recall.

Also, nonbelievers can have redemptive character arcs, but believers don’t need character arcs. Here I can think of one exception, the believing wife of bullying Professor Radisson, who has to get over her “Cinderella complex” and break the spell of the charm we’re told Radisson has, even though we never see it. Can’t think of any other complications. No Christians struggle with sin, temptation or selfishness, let alone anything like doubt or disappointment with God. Nonbelievers also are generally unconflicted about their selfish, rotten behavior, until touched by grace.

I’m also put off by the shallow yet thoroughgoing triumphalism: Josh takes risks, but his faith ultimately costs him nothing of value (obviously his engagement was a trap and had to go); neither he nor any other believer (except the Muslim convert girl, who does get kicked out of her house) are asked to sacrifice in any way for their faith.

UPDATE: And now, Peter Chattaway, also a longtime contributor for Christianity Today and Books and Culture…

“… it pains me to see that God’s Not Dead — a sloppily written, badly argued, unevenly acted film … has been performing so well at the box office, to the point where it recently passed Courageous to become the top-grossing film ever made by and for evangelicals. If this becomes the standard for all Christian films to come, then the genre is truly in deep, deep trouble.”

How many have noticed that Christianity Today hasn’t reviewed it at all? If the film is as self-congratulatory, ill-advised, and propagandistic as it sounds, then it sounds like they’ve made the right call. The target audience for such a film will be inclined to see anybody who thinks about it critically as some sort of enemy of the faith.

In fact, just for posting these links, I’ve already received a comment from one Jon Matthews who says this:

Don’t parade yourself as a Christian if you are not one. Liberal religiousity has nothing to do with Christ. You have created your own god in your image. If you are ashamed of the Word, any of the Word, you have no part of Him.

By calling for some critical discernment, I’ve inspired Jon Matthews to determine that I cannot be a Christian, when in fact it is my love of the Gospel that makes me recoil from such distortions as those reportedly presented in God’s Not Dead. The Scriptures I read strictly forbid Jon Matthews’ spirit of condemnation and judgment. Further, the Bible forbids mind-reading, which Jon Matthews appears to be doing. (No worries. He clearly knows nothing of my mind.) As a friend of mine replied when he saw Jon’s comment, “God’s not dead, but civil discourse is certainly an endangered species.”

Here’s the thing: the cross Christians are called to take up by God’s Not Dead is more akin to a merit badge, a gold star on a class assignment, a “smile put on God’s face,” as Willie Robertson describes Josh’s achievement at the film’s culminating concert. A brand of Christianity is depicted in the film, but largely through emblem—a Newsboys t-shirt here, a cross necklace there. Evangelism reduced to mass communication, texting “God’s Not Dead” to all concertgoers’ contacts.

Such appalling superficiality should give Christian viewers serious pause. There are enough barriers in the way of authentic faith already; reinforcing the idea that evangelicals are willing to rest content with shallowness at best, reveling in it at worst, shouldn’t be among them.

Much of the real “stuff” of the Christian life—the co-suffering with Christ, the challenges of faithfulness, the necessary sacrifices, the risk of real persecution, and learning to turn the other cheek—is conspicuously absent.

…the film’s entire last act also takes on the sense of Christian filmmakers converting and killing their enemies in effigy, then throwing a massive party in the Staple’s Center to celebrate. 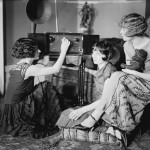 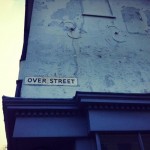 7 responses to “An Ugly, Arrogant Gospel: God’s Not Dead, But Is He Shaking His Head?”