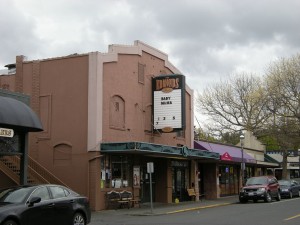 If you could meet and interrogate your local film critics, free of charge, would you do it?

Candid, funny, and thought-provoking, Richard responded to interview questions from Seattle Pacific film instructor Todd Rendleman. He shared some film history, reflected on the legacy of Roger Ebert, and reminisced about his own personal history of falling in love with movies. He talked about what it takes to pursue film criticism as a vocation, and he taught us Seattleites a thing or two about our own local movie-house history… including the history behind the Edmonds (a charmingly old-fashioned movie theater, one of my favorites).

I was especially pleased by Jameson’s words about the need for excellence in film-criticism writing, and everyone laughed as he talked about what it’s like to be married to another film critic (the wonderful Kathleen Murphy).

I’ll be writing about the event for Response.

Next Thursday, May 8th, it’s my turn in the hot seat. Rendleman, author of Rule of Thumb: Roger Ebert at the Movies, will be asking me questions about being a film critic, about being a Christian in the world of film, about Through a Screen Darkly, and… well, actually, I have no idea what he’s going to ask me. I’m ready for anything. Bring your own questions.

But here’s the thing: You won’t yet find anything about this event online, so I’m here to spoil the secret. You’re invited!

Come to Seattle Pacific next Thursday, and you’ll find us in Room 109 of the Otto Miller Learning Center, at the intersection of 3rd Avenue West and Nickerson, just across the street from SPU’s Royal Brougham Pavilion (the athletics building). 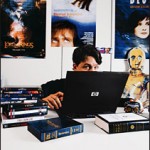 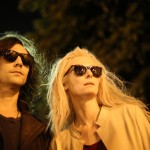 May 9, 2014 Forget Twilight: These Are My Favorite Vampires
Browse Our Archives
get the latest from
Entertainment
Sign up for our newsletter
POPULAR AT PATHEOS Entertainment
1