This blog turns ten years old on May 11, 2014. And this post is Part Two of a ten-post series in which I’m celebrating by reflecting on some of my favorite experiences from Looking Closer’s first decade. (Did you miss Part One?)

2005 was one wild and crazy year at Looking Closer.

So much was happening, I could hardly keep up with the posts, the movies, and the mail.

And then, this happened.

Apparently it was highly unusual, in 2005, for a Christian to be writing passionately about the love of movies, instead of the condemnation of movies.

The Seattle Times made my Looking Closer adventure into a cover story for their Sunday magazine: Pacific Northwest. Award-winning writer Richard Seven spent time with me, went to the movies with me, came to one of my lectures on faith and film, and did an excellent job pulling together everything he saw and heard into a feature. Best of all, he became a friend. Since that experience, I’ve been involved in bringing him to write about Seattle Pacific University for Response magazine, and he’s won awards for his work there.

I am, to this day, grateful for Richard’s writing.

It was great to see that Seattle Times readers were grateful too.

Here are a few more of my adventures from 2005: 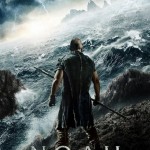 May 1, 2014
Podcast: Listen as a Theology Professor, an English Professor, an Ordained Minister, and a Film Critic Talk About That Noah Movie
Next Post 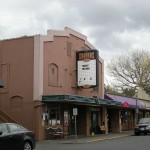 May 2, 2014 Hey, Moviegoers: You're Invited to a Secret Seattle Q&A [Updated: Robert Horton Details]
Browse Our Archives
get the latest from
Entertainment
Sign up for our newsletter
POPULAR AT PATHEOS Entertainment
1

Sr. Rose Pacatte: Embracing Humanity at the Crossroads...
A couple of weeks ago I had the honor and pleasure...
view all Entertainment blogs
Copyright 2008-2021, Patheos. All rights reserved.