This week, my laptop hard-drive crashed, taking with it almost 50 pages of homework and a whole lot more.

Thank God I’d backed it up to the Cloud.

Ah, but then, when my hard drive was replaced, the Cloud didn’t recognize my computer, and so my Cloud backup account was frozen… for the entirety of a long, holiday weekend.

That was no fun at all. So remember, everybody… back up your data. Frequently. Carefully. In more than one place.

Okay, now I’m back in business… back to blogging…

Here are the links and revelations that have caught my attention this week:

1. Did you hear the one about the door of U2’s private jet falling off mid-flight? Best punchline for that set-up wins, well… major respect. The punchlines are pouring in. See if you can top the punchlines piling up on my Facebook page.

2. So, I’m really not supposed to share this Glen Workshop information for a couple of weeks yet. It won’t be officially announced until then. And maybe I’m being presumptuous, but I don’t think the Image team will be too harsh with me if I leak the good news. Again, the big scoop is on my Facebook page. Maybe you should just “LIKE” it so you get this kind of thing delivered straight to your news feed.

3. You find some curious things when you search for “Auralia’s Colors” on Google. Why did I do a Google search about my own novel? I needed a high-rez scan of the cover art, and I needed it fast. But I found something else: This conceptualization of an animated sequence based loosely on my own characters and situations…

4. Over the Rhine’s new Christmas album is a thing of great beauty. Read what Linford Detweiler wrote about it, and he’ll talk you into buying it.

5. Joe Henry produced a Christmas album this year… and, surprisingly, it isn’t the Over the Rhine record.

7.  Now, instead of putting on an audio sleep aid like “Ocean Waves” or “Crickets,” I can just listen to this 12-hour YouTube of “Riding a Sandworm Acrosss the Arrakeen Desert.” THANK YOU, INTERNET.

8. Best Christianity Today headline of 2014: “Lessons From the Church of Satan.”

9. Stuff Christian Culture Likes made my day by highlighting the best parts of Focus on the Family’s review of Alexander and the Terrible, Horrible, No Good, Very Bad Day.

10. Thanks to Steven Greydanus for alerting me to this fantastic news about anime master Hayao Miyazaki.

11. The most spectacular work of film criticism I read this week… maybe this year… was published at, of all places, Entertainment Weekly. And it was about, of all movies… Collateral.

12. Yet another reason to be frustrated with Peter Jackson over these ridiculous new Hobbit movies.

14. A new trailer for my #1 most anticipated film of the rest of this year… 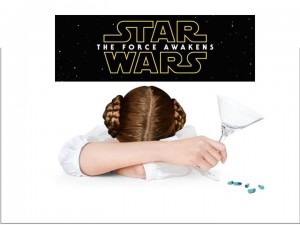 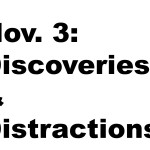 November 3, 2014
Looking Elsewhere: 14 Discoveries & Distractions for the First Week of November
Next Post 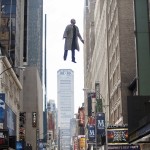 Common Grace, 2.58-59
Kuyper on the animal world as an analogy of humanity's reliance on...
view all Entertainment blogs
What Are Your Thoughts?leave a comment