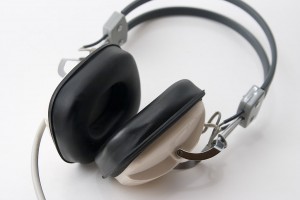 But you know the old saying: “… dancing about architecture,” right? Writing about music seems impossible. There is no art form that reaches so far beyond language, casting nets to capture ideas that we do not know how to talk about.

You know, guys like Andy are one in a million. For one thing, we live in a world that does not respect or show appreciation for the work of looking closer… or listening closer. Andy will probably never get a spotlight at the Grammys or in the Rock and Roll Hall of Fame. He will probably go on working jobs that have little or nothing to do with music, the way that so many writers I know give their best work to the world as volunteers or missionaries… doing what they do best in their spare time, after long days at the office, without much to speak of in the way of monetary rewards. What choice do we have? If we’re lucky, we may get pats on the back and encouragement to “Keep doing what you’re doing.” But actual demonstrations of meaningful support are rare.

Still, Andy’s writing is worth its weight in gold to me. I hope he writes a book someday, so I can buy stacks of copies to give as Christmas gifts. When Andy says he likes something, I drop everything and start searching the Internet to investigate. When he raises questions about music I’m enjoying, I question my own judgment. And when he digs deep, his writing on music can become as substantial as the music itself, if not more so.

And while I know that the life of a music critic — or any life spent devoted to looking and listening closer — is a very steep climb, and sometimes a lonely journey, those of us who dedicate ourselves to making a life out of writing about what we love will earn a different kind of income, one with a value that is hard to measure: This job pays in moments of revelation, inspiration, and epiphany unlike anything else in the world.

I am indebted to Andy for how his passions and investigations have enriched my life. In my world, he is a superstar.

I’ve enjoyed his writing on music in Paste, at AllMusic.com, in Christianity Today, in Image journal and its Good Letters blog, and at his blog Razing the Bar.

And even more, I appreciate how he writes about his family: his wife, Kate, his two daughters Katryn and Rachel. I suspect that his deep, deep love for his family has a lot to do with his capacity to listen… “with ears to hear”… what’s really going on in the mysteries of music. Because those who listen well have learned to do so by loving.

So I am delighted to welcome Andy Whitman to Looking Closer to share his perspective on Christmas music. Believe me, I’ve already taken notes on this.

I’m on thin ice, to borrow an apt seasonal metaphor, when it comes to Christmas music. The truth is, I don’t like much of it. Oh, I like the usual classical suspects – Handel, Bach, Tchaikovsky. But the traditional Christian carols suffer because of their overfamiliarity and the performances of too many earnest but untalented local church choirs, and the whole Santa/Rudolph/Frosty/Holly Jolly hegemony just leaves me depressed and nearly suicidal. It’s not a marshmallow world in December. It’s not. In Ohio it’s cold and gray and oppressively gloomy, with freezing rain falling nearly every day. Literary readers will also note that this is how Dante describes the inner circle of hell.

To compound matters, my family likes the popular Christmas standbys – Nat King Cole, Johnny Mathis, Mariah Carey, etc. I don’t. I DO like Bruce Cockburn singing Huron Indian carols, A Creole Christmas, featuring Buckwheat Zydeco and Clifton Chenier, Los Straitjackets performing campy surf odes to riding the yuletide waves. And this can create problems, which reached a head several years ago when I found myself in the midst of a genuine familial festive mutiny. My wife and daughters refused to decorate the Christmas tree unless I conformed and played the old, familiar standards. I’m no fool. I like peace on earth, as well as sleeping in the same bed with my wife. I capitulated. But when left to my own devices – an empty house, a cozy fire, the living room engulfed in darkness except for the twinkling lights of the newly decorated tree – this is what I’ll play.

“Christmas in Prison,” by John Prine

I’ll have a blue Christmas, indeed. John Prine’s ragged voice is perfect for this tale of a convict celebrating Christmas behind bars, and remains a stark reminder of the seamy side of the holiday; snow falling gently on gun turrets, carols piped in via intercom into a drab cafeteria, a desolate cell with a population of one.

The search light in the big yard
Swings round with the gun
And spotlights the snowflakes
Like the dust in the sun
It’s Christmas in prison
There’ll be music tonight
I’ll probably get homesick
I love you, goodnight

“A Christmas Song,” by Jethro Tull

Ian Anderson is an unlikely bearer of Christmas tidings, but this 1971 folk song, loosely based on the carol “Once in Royal David’s City,” is surprisingly orthodox and compassionate in its sentiments. From gentle Jesus, meek and mild, we move to some serious Old Testament prophetic thunder, with some rather pointed commentary that takes in consumerism, overindulgence, and ignoring the poor. Lest anyone take offense, Anderson assures us that we don’t really need worry about it. It is, as he reminds us, just a Christmas song.

“Santa Claus is Back in Town,” by Elvis Presley

This is a lascivious leer of a love song, or, more properly, a sex song, disguised as a Christmas carol. Here we have the young Elvis Presley doing what the young Elvis Presley did, irritating the keepers of the status quo and making young girls weak at the knees. It may or may not be appropriate Christmas music. It’s probably not even safe for work. But it’s surely great rock ‘n roll, and that voice is itself a gift from heaven. You can play it all year through.

The hits just keep on coming. And improbably enough, this was actually a hit – #14 on the UK charts in 1973. There have been many aberrations on the Top 40 charts over the years, but this may be the strangest.

It’s also my favorite Christmas carol; an a cappella rendering of a 16th century Latin carol sung by a group of English men and women with broad Cockney accents, and who are best known for tarting up traditional British ballads with electric guitars and backbeats. It’s still lovely after all these years. Rejoice! Christ is born of the Virgin Mary. Rejoice!

As a kid I wasn’t familiar with Vince Guaraldi, but I knew his music. You probably do too. Guaraldi wrote the soundtrack for A Charlie Brown Christmas, one of the most beloved television holiday specials. And while it’s always been fashionable (and understandable) to focus on “Linus and Lucy” (also known as the Snoopy Dance song), over the years I’ve come to love Guaraldi’s wondrous jazz takes on traditional carols. Here he plays the melody of “O Tannenbaum” quite elegantly and straightforwardly, then shifts to 4/4 to create yuletide jazz improvisational perfection.

December 23, 2014
Overheard at the Movies: Will Unbroken Inspire You to "Hate Your Enemies"?
Next Post 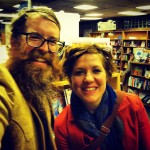 December 23, 2014 W. David O. Taylor and Phaedra Taylor Present a Christmas Playlist
Browse Our Archives
get the latest from
Entertainment
Sign up for our newsletter
POPULAR AT PATHEOS Entertainment
1