Over the Rhine Presents a Christmas Playlist

Over the Rhine Presents a Christmas Playlist December 10, 2014 Jeffrey Overstreet 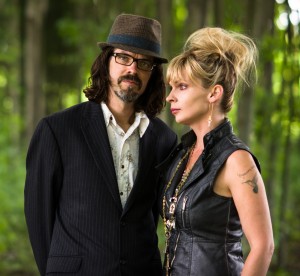 Looking Closer’s month-long celebration of Christmas music continues with a new Christmas music playlist as imagined by Linford Detweiler and Karin Bergquist of Over the Rhine.

If you’re just joining us, we’re well along in our playlist series. So far, I’ve published imaginative programs of music from Joe Henry, Ashley Cleveland, Sara Zarr, and Alissa Wilkinson.

Then, yesterday, I interviewed Linford Detweiler about Over the Rhine’s new Christmas album.

Here now, is what Over the Rhine would play for you if you asked to hear something besides their own extraordinary Christmas recordings…

By way of preamble I will just say that my father was a great hunter and collector of off-the-beaten-path Christmas songs. So as a child I remember hearing recordings of Mahalia Jackson singing “Go Tell It On The Mountain,” Nat King Cole crooning “O Tannenbaum” and waking up on a December Sunday Morning to some foreign philharmonic playing “For Unto Us A Child Is Born” from Handel’s Messiah, as we set about brushing our teeth and having Brylcreem combed through our unruly hair. He also loved gospel quartets and trios. He seemed to have a knack for finding records by women’s trios, often sisters singing blood harmonies.

He also had us young children and the kids in various Sunday School’s that he presided over, sing angular carols such as “O Thou Joyful Day” and “While Shepherds Watched Their Flocks By Night” often by candlelight at Christmastime in a darkened church sanctuary. So that music is woven through the fabric of my earliest musical memories and performances.

And I will just say that Vince Guaraldi’s “A Charlie Brown Christmas” is the greatest Christmas album ever recorded bar none. That record taught me so much about playing the piano, and how I wanted certain recordings to feel and flow. It really wears so well and sounds so good all these years later. A masterpiece.

Karin and I as songwriters both became curious about Christmas songs that hadn’t yet been written – there are so many great standards out there, sacred and secular – so we’ve been trying our hand at it off and on for a few decades now. Karin decided that we’ve stumbled onto a new genre of music called “Reality Christmas.” We certainly didn’t invent the concept, but I think we may be the only recording artists that have explored it across the space of several records. So in that spirit we’ve decided to limit this particular list to a handful of great reality Christmas songs.

“Christmas Card From A Hooker In Minneapolis,” by Tom Waits

I remember playing a lullaby once for my piano teacher in Canada with a bit too much enthusiasm/verve, and he commented, “I think you just woke the baby.” I’m not sure if Tom’s singing “Silent Night” at the beginning and end of this piece would soothe babes to sleep or not, but it has a certain undeniable weariness that makes the old carol feel strangely real. For any of us who lived in old neighborhoods that were considered the bad part of town, and encountered various characters on the street during the holidays, this tune has a certain resonance.

“Christmas In Prison,” by John Prine

Considering several million Americans will spend the holidays behind bars this year, I’m glad to have this song pop up on my radar once in awhile…

“Christmas in Paradise,” by Mary Gauthier

Love this reimagining of the Christmas story. Also love knowing it was one of Joe Henry’s first recording sessions, a session that somehow gave him permission to go on to produce so many records.

I know, I know, it’s been covered to death. But I remember listening to Blue at Christmastime over and over, years ago, because the record embodied something I needed to feel. This is certainly one of the great Christmas tunes of the modern era, and the original can’t be improved upon. Joni recently said that anyone who covers this song “with a smile” (pay attention, Idina) has got it all wrong.

“If We Make It Through December,” by Merle Haggard

One of the great reality Christmas songs to be sure… After Karin and I heard it on a late night drive, we knew we had to sing it together. 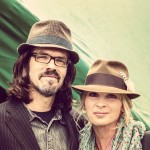 December 9, 2014
Coyote Hunting at Christmas: Linford Detweiler Talks About "Blood Oranges in the Snow"
Next Post 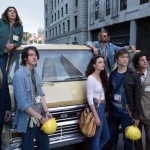 December 10, 2014 A High-Wire Act From the Director of Back to the Future, Forrest Gump, and Flight
Recent Comments
1 Comment | Leave a Comment
Browse Our Archives
get the latest from
Entertainment
Sign up for our newsletter
POPULAR AT PATHEOS Entertainment
1

The Faith, Hope and Love Behind AppleTV+'s 9/11-Themed...
The 9/11-themed Broadway musical “Come from Away” gets the high definition “Hamilton”...
view all Entertainment blogs
What Are Your Thoughts?leave a comment

One response to “Over the Rhine Presents a Christmas Playlist”