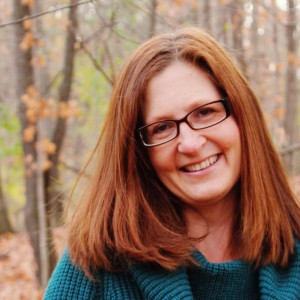 I got to know Tania Runyan at The Glen Workshop in Santa Fe. It was her sense of humor that got my attention first.

Then, when she attended the film seminar that I taught there, I was delighted with her insights about the films that we watched, and how she saw right to the heart of one film in particular — Summer Hours — connected with her in a powerful way.

Since then, though, I’ve become convinced that I should be the one signing up to attend her seminars.

She’s a musician, a gardener, and — most importantly — a brilliant poet whose work has appeared in Poetry, Image, Harvard Divinity Bulletin, The Christian Century, Atlanta Review, Indiana Review, Willow Springs, Nimrod, and an anthology called In a Fine Frenzy: Poets Respond to Shakespeare. She was awarded an NEA Literature Fellowship in 2011.

Ever wished you could understand how to read poetry? Or maybe you know somebody who just doesn’t appreciate poetry the way you’d like them to. Either way, Tania’s book How to Read a Poem is the solution.

You’ll find more at taniarunyan.com, Tania’s Amazon page, the NEA Writers’ Corner, and Tania’s excellent contributions to the Good Letters Blog published by Image. Tania’s also one of the most entertaining and hilarious Facebookers I know.

So I’m delighted to introduce you to her, and to share her unsurprisingly imaginative Christmas playlist.

This is the only Christmas song that brings me to tears whenever I (try to) sing it. I have no problem with mangers and angels, but “O Come, O Come Emmanuel” captures the soul’s raw plea for salvation in a way few other carols do. As such, I prefer simple, even stark versions of the song that reflect this humble petition. The Civil Wars’s version is my current favorite.

Any lifelong orchestra kid has played this Leroy Anderson song many times over. It’s not a tough piece for youth ensembles but brings a smile (or pleasant grimace, at least), to every parent’s face. I’ve absorbed every clap of the wood blocks, jazzy transition, and, of course, the trumpet’s signature horse whinny at the end. When I was in ninth grade, PBS televised my youth orchestra as part of a day-long Christmas Eve concert. I was dying to show up on camera, and when I got home, my parents showed me the tape. There I was, in my silky pink dress, scratching my nose. At least I wasn’t picking it.

Laugh as I know you must, but for a college freshman whose only exposure to Christian music included Baptist hymns and an occassional Amy Grant tune, this luxuriously cheesey 80s song was pretty rad. I mean, singing about the little drummer boy visiting Jesus, but, like rocking?

Also, a cute boy from InterVarisity put it on a Christian mix tape for me. I later married him.

“A Daisy in December,” Winifred Horan

I’m a big Irish and Scottish fiddle junkie, both playing and listening, and have been immersing myself in this tune lately as a way to give voice to a rather dark winter so far for many people I know. Whether a daisy in barren winter ground is a sign of hope or vulnerability depends on how I’m feeling at the moment, though I suspect those are always one in the same.

“Lion Song,” by Harrod and Funck

When I first heard this song in my twenties, I’d just discovered Image journal and began to understand that music (and all art, for that matter) doesn’t have to carry an explicit Christian content warning in order to induce a worship experience. In fact, this song became a refuge of sorts for me when as I tried to struggle through my faith identity and figure out what I was going to do with me life. The lions in the jungle became The Lion for me, the grace that I had already been “given and shown.” Their rising and falling bellies were the Incarnation, protecting me from thunder, flood, and the “tangled course” of my confusing life. This is not a Christmas song but totally a Christmas song.

My husband and I have watched Muppet Christmas Carol every Christmas since we’ve been married, kids or not. On Christmas morning, when Beaker gives Scrooge his red scarf, I tend to get some particles in my eye. Then Scrooge launches into joyful praise, and all the Muppets, like millions of them, follow him with excitement as he redeems himself to those he’s wronged. It’s like all the angels in heaven rejoicing. No, I’m not kidding.

December 21, 2014 Looking Elsewhere: Trailering Malick; Burying "The Hobbit"; Christian Bale's Bible Reading; and More!
Browse Our Archives
get the latest from
Entertainment
Sign up for our newsletter
POPULAR AT PATHEOS Entertainment
1

God will bless you
Review of "Divine Blessing and the Fulness of life in the Presence...
view all Entertainment blogs
Copyright 2008-2020, Patheos. All rights reserved.