And Suddenly… Harrison Ford, Back in Character!

And Suddenly… Harrison Ford, Back in Character! April 17, 2015 Jeffrey Overstreet

We held our breath.

The Lucasfilm logo came up. 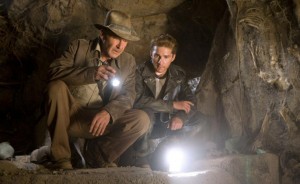 … adventure fans around the world rejoiced! It was Harrison Ford, back in costume as the character we loved! Jubilation!

And then, well… the excitement was fun while it lasted.

Now that Star Wars: The Force Awakens is coming, and now that we have a teaser that bring Harrison Ford back to the screen as Han Solo… I’m enjoying the nostalgic buzz. I admit it: I got a little teary-eyed seeing favorite characters revived. I want to believe.

But I’m also going to guard my expectations, so the disappointment — if, indeed, the movie is a disappointment (“From the director of… Star Trek Into Darkness?”) — is not too hard to take when it comes. For a few short years, as I grew from 7 to 13, Star Wars had something particularly special going on in its storytelling. But that particular team, with that particular chemistry, will never exist again. We’re going to have to hope for a new kind of magic.

And with this particular team of players, I’m not particularly optimistic. 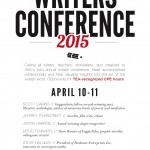 April 7, 2015
This Weekend in Houston: Scott Cairns, Jason Harrod, Doug TenNapel, and Me!
Next Post 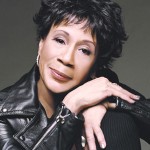 April 17, 2015 Madonna, Bettye LaVette, and Joe Henry: Whose Version of "Stop" is the Best?
Browse Our Archives
get the latest from
Entertainment
Sign up for our newsletter
POPULAR AT PATHEOS Entertainment
1