Madonna, Bettye LaVette, and Joe Henry: Whose Version of “Stop” is the Best?

Madonna, Bettye LaVette, and Joe Henry: Whose Version of “Stop” is the Best? April 17, 2015 Jeffrey Overstreet

The new album by Bettye LaVette, produced by Joe Henry, features some excellent test cases when it comes to the subject of cover songs.

Titled Worthy for its inclusion of a Mary Gauthier cover, the album boasts some truly imaginative renditions of classics. There’s a Beatles cover—“Wait”—that’s even more audacious than U2’s big-screen Beatles recovery. She knocks a new version of Bob Dylan’s “Unbelievable” out of the park. Then there’s an almost unrecognizable version of “Undamned” from my favorite Over the Rhine record, The Long Surrender (where it was sung by Karin Bergquist and Lucinda Williams).

And then there’s LaVette’s performance of Joe Henry’s own “Stop,” from his album Scar.

“Stop,” as a matter of fact, gives us a prime example of a song that seems new every time it resurfaces. Whatever the singer is talking about, it’s more important to him than love, than the sun shining, than the changing seasons. It suggests a loss of all reason and perspective. An addiction. It seems . . . unhealthy. But depending on how you sing it, it might be about drug addiction, it might be about a lover’s obsession, or. . . who knows?

This week at Christ and Pop Culture, I took a look at the various cover versions of the song, and gave some thought to other songs that have been celebrated — or spoiled — by good and bad cover versions.

Check out the full column here. 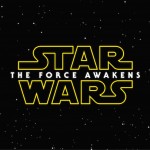 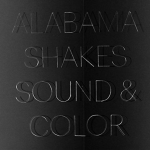 April 17, 2015 Join Me for a Live Podcast Recording About the Best Records of 2015 (So Far)
Browse Our Archives
get the latest from
Entertainment
Sign up for our newsletter
POPULAR AT PATHEOS Entertainment
1