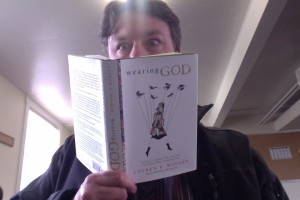 From April Fool’s antics to coming attractions, this installment of “Looking Elsewhere” is loaded with goodness.

Please forgive the slow-down in posts lately: I have just returned from ten days on Whidbey Island. It wasn’t a vacation. It was the third of five residencies that are the main events of my adventure in Seattle Pacific University’s MFA in Creative Writing program. Ten days of reading, writing, and relationships filled me with inspiration for new writing endeavors. The busy schedule gave me few opportunities to keep up with news and social networking — which was good. I needed the break.

Most importantly, I wrapped up work with my first MFA mentor — Paula Huston, who has been a constant source of counsel and encouragement — and began working with my new mentor: Lauren Winner, author of Mudhouse Sabbath, Still, and a new book called Wearing God. By the way, Image‘s Good Letters blog just posted a two part interview with Winner about that book. Check it out: Part One, Part Two.

But the world did not slow down in my absence. I returned to my office at SPU to find a mountain of email that required my attention. And I also found a whole new world of news from the worlds of movies, music, and more.

Here are some of my discoveries…

Now you can hear Phyllis Sortor tell her own incredible story about being captured by armed men in Nigeria… and the brave soul who saved her life.

Image has redesigned their website… for April Fool’s Day! Find out which Over the Rhine bandmate is your soul mate. Order an Image pizza! Discover the daily routines of ten famous writers!

Over at The Rabbit Room, Pete Peterson shares a poignant poem for the, um… do you call April Fool’s Day a holiday?

You can pre-order the new Josh Garrels album — Home.

Steve Taylor and the Perfect Foil have a new music video… “Moonshot.”

I think this is the best piece of writing I’ve read by Ken Morefield: “Do You Believe in Confirmation Bias? Reflections on the Christian movie echo chamber.“

“Maybe the more pertinent question to ask in the face of Christian movies like God’s Not Dead and Do You Believe? is not whether they are accurate representations of the world we live in, but whether the way they respond—and invite us to respond—to that broken world will help us to remake it into something healthier, holier, and more reflective of kingdom principles.”

Along the same lines, Alissa Wilkinson compared God’s Not Dead to Fifty Shades of Gray…

and then Steven Greydanus wrote an answering commentary:

“…it flatters Christian viewers with the triumphalist message that we are the heroes, that our enemies are bankrupt and miserable, that we will be rewarded and they punished. It tells its target audience exactly what they would most like to hear, rather than challenging them with what they need to hear. It’s not just bad art, it’s bad morally as well. God’s not dead, but movies like this don’t help His cause.”

If Hugh Jackman really does end up playing the Apostle Paul, I hope they make it a musical.

My favorite interview of Interstellar yet!

My friend Andrew notices something in Jon Gunn’s film Do You Believe?, written by Chuck Konzelman and Cary Solomon.

“Among the three married couples, every wife needs to be persuaded by the example of her husband to lead a more godly life. And of the unmarried females, two are homeless (and one, gasp!, pregnant out of wedlock) and dependent on the kindness of (male) strangers. Evidently, for Konzelman and Solomon, they are the weaker sex, indeed.”

Bilge Ebiri reviews one of the films I’m most eager to see: Wim Wenders’ The Salt of the Earth.

His name was spoken with reverence last week during the Seattle Pacific MFA in Creative Writing program’s Whidbey residency, even before the news broke: R.I.P., Tomas Transtromer.

Want to work in one of the world’s greatest libraries? Just put on our headphones. 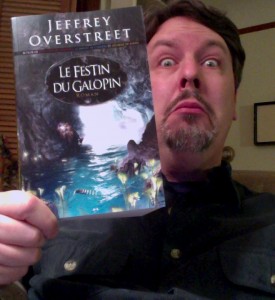 A box full of surprises was waiting for me at home. My fantasy tetrology — The Auralia Thread — has now been translated in its entirety into French! The fourth and final volume, The Ale Boy’s Feast, is here! Thank you, WaterBrook Multnomah Publishing Group! C’est impensable!

By the way, I can’t wait to write another novel. I continue to pray and hope for new circumstances — time, support, resources — that will enable me to do so. 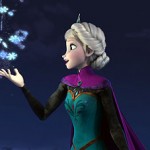 April 3, 2015 How to Get "Let It Go" Out of Your Head: The Hadestown Cure
Browse Our Archives
get the latest from
Entertainment
Sign up for our newsletter
POPULAR AT PATHEOS Entertainment
1

Movies and series about Ultra Orthodox Jews beginning...
With the huge success of Netflix's three season series "Shtisel" there is...
view all Entertainment blogs
Copyright 2008-2021, Patheos. All rights reserved.
error: Content is protected !!