In the period between the two world wars, the Catholic Church was becoming modern, accepting its place in a secular state, learning to cooperate with different groups against common enemies. But all that was compatible with a deep strain of anti-Semitism. How then did some Jews find themselves attracted to the Catholic Church, working closely with Catholics, and even becoming Catholic? Under the large tent that is the Church, a majority were staunchly anti-communist and associated Jews with communism. But anti-fascism was another strong movement. It promoted pluralism, a different sort of modernism, and a very different attitude toward Jews.

Part 5 in a series on Catholic Modern: The Challenge of Totalitarianism and the Remaking of the Church by James Chappel – Chapter 3.

The Catholic modernists that James Chappel calls paternalists were in the majority throughout the 1930’s and beyond. But Chappel sees a second strain of modern Catholic thinkers. These he calls fraternal modernists. They put Fascism instead of Communism in the position of prime enemy. They opposed the paternalism of the majority in all three dimensions that Chappel traces.

As before, Chappel works primarily through three iconic figures from three countries on the three seminal issues:

Chappel’s point is not that fraternal Catholics were more modern than their paternalist counterparts. In fact, they revitalized some more traditional Catholic views. In so doing they “were able to conceptualize and protest against kinds of suffering that the mainstream tradition largely ignored.” (p. 113)

Von Hildebrand and the antifascist family

Ludwig von Hildebrand abhorred the way the mainstream focus on the reproductive family led many Catholics into the arms of Fascists. They had their own reasons for preferring high birth rates. Hildebrand converted to Catholicism from a secular Jewish upbringing, so anti-Fascism came naturally to him. He popularized a new notion of family life that emphasized the sacramental union of husband and wife.

Catholic teaching since Thomas Aquinas had defined marriage according to its objective end, the production of children. Hildebrand raised marriage’s subjective and intersubjective meaning. A philosopher who contemplated the question whether it’s possible to capture the uniqueness of another person, he found the answer in the I-Thou relationship. It is the marriage bond that shows such a relationship is possible. His books In Praise of Purity and Marriage “revolutionized Catholic ethics on marriage.” (p. 116-17)

Hildebrand’s theories about marriage became the central part of his anti-racism and anti-fascism. The Nazi’s overriding concern for raising children for the state reduced what should be a relationship of love to a mere calculation. For Hildebrand, “true love was a mystical process of communion in which husband and wife recognized the image of God, corporally and spiritually, in their partners.” (p. 117) In the late 1930’s marriage manuals were important means whereby Catholics questioned “the aggressive natalism of authoritarian regimes.” (p. 120)

Hildebrand’s ideas were beneficial for women. A husband and a wife equally needed to respect the other’s needs and desires. But they were not “modern” in all of today’s senses. Hildebrand firmly opposed divorce, contraception, and abortion for bringing “the mysteries of love and marriage into the purview of the calculating, egoist mind.” (p.122) He opposed homosexuality for the same reason, perhaps not aware of today’s theories about sexual orientation.

In the 1930’s it was clear that workers needed protection. Paternalist Catholic modernists believed the state could provide the incentive for employers and workers to work together for the common good. The system, called corporatism, didn’t work very well. Besides, Catholics had long opposed powerful states and supported free labor organizing. Catholic modernists of the fraternalist sort reanimated these traditional themes.

Catholic ant-Fascists [argued] that Catholics should work together with Jews and socialists in the name of economic justice. The vehicle with which they would do so was the trade union. (p. 123)

Karl Winter started, like many other Austrian Catholics, as an anti-Semite and anti-modernist in the 1920’s. During the 1930’s he became

… an apostle for an interconfessional socialism in which Catholics, Jews, and even Communists would work together to wrest control of the economy away from capitalists and fascists alike. (p. 123)

Without giving up core Catholic theological principles, Winter thought Marxism spoke a better “language of social science.” It was an increasingly common thought among Catholics beginning in the late 1920’s. Paternalist corporatism, meanwhile, nestled itself more deeply into the capitalist economy and mainly promoted the interests of the upper class.

Winter took from both Aquinas and Marx. With the former he believed some form of the state was necessary and “eternal.” With Marx he taught, “State constitutions are dependent on economic conditions. On such terms he tried to integrate Austria’s disgruntled socialists into an Austrian government led by a more conservative friend. Winter’s version of Marxism was that of the young “humanist” Marx, not that of Stalin, violence, and the command economy. Winter’s utopian dream was for

… some kind of socialist monarchsm—essentially a constitutional monarchy— … alongside an economic order made up of freely organized trade unions and a social order enlivened by an active and organized citizenry. (p. 126-27)

Unfortunately, the regime intended to keep economic power away from “the hands of unruly trade unions.” By 1935 Winter turned against his friend’s authoritarian corporatism.” (p. 127)

Winter’s experiment in Austria failed, but elsewhere, especially in France, an inter-confessional trade union movement took off. Pius XI’s encyclical Quadragesimo Anno leaned heavily toward the authoritarian corporatist movement and was so interpreted by paternalist Catholics. In the fraternalist press, including Winter’s publications, it received a different interpretation. Annotators downplayed Pius’ praise of Mussolini and enlivened sections on trade unions. Multiple footnotes reminded readers of “the Church’s long-standing commitment to” trade unions. (p. 130) That commitment’s place in the actual encyclical was “suspiciously small.”

Winter’s success had been on the intellectual and cultural level rather than on the political. He revived “the traditional Catholic zeal for associational life and the traditional Catholic suspicion of the overactive state.” He showcased the Church’s commitment to a robust civil society. His fraternalist movement included a genuine pluralism, rejecting anti-Semitism and counseling dialogue with Marx. That pluralism was the centerpiece of the political theory of “the most famous and influential Catholic intellectual of the era,” of Jacques Maritain. (p. 132)

Maritain also happens to sit on my bookshelves along with other favorite philosophers. He’s the one whose political theory entered into previous posts (for example this one) based on William Cavanaugh’s book on Chile. Cavanaugh criticizes Maritain for leaving the Church with too few options in the face of an over-reaching and dictatorial state. At this stage in Chappel’s story, though, Maritain and like-minded anti-fascists were criticizing mainstream Catholics for giving up too much of the traditional Catholic suspicion of the state. (p. 132)

Maritain did not commit himself theologically to “the West” as paternalist modernists did. “Our culture is Greco-Latin,” he said. “Our religion is not.” (p. 133) Missionaries, therefore, should not impose Western ways on non-Western peoples, he insisted.

Maritain was suspicious also of a power-grabbing Church. His view was more religious than that. He believed in the possible moral elevation of society, in which the example of the Saints would have a big role. The paternalist view, on the other hand, employed a “machinery” of authority that Maritain thought was hardly Christian. He did not approve of the political movement called Christian Democracy, which acquired power after the Second World War. The proper renovation of society required sanctity. (p. 134)

Like Hildebrand and Winter, Maritain combined his anti-fascism and anti-racism with anti-capitalism. Social problems, including communism, that others blamed on the Jews, he thought were due to contradictions in capitalism that Marx had correctly analyzed. (p. 135)

Maritain had mixed feelings about the new movement called Catholic Action. He liked its goals but not its top-down structure, although that structure was less evident in practice than in theory. What impressed him more was the Catholic Worker organization in the United States founded by lay persons Dorothy Day and Peter Maurin.

Again, like Hildebrand and Winter, Maritain trusted the remaking of society to the family and the trade union. He believed the most important part of the family was the sacramental union of husband and wife as equals. He envisioned an economy “organized in trade unions, which would assist in managing and owning enterprises.” (p. 136)

A third institution, in addition to the family and trade unions, that Maritain promoted vigorously was the press. He believed in free and independent Catholic journalism. With Maritain’s inspiration behind it, such journalism was flourishing in France and other countries.

Fraternal Catholic modernism and the war

Jacques Maritain, Ernst Karl Winter, and Doietricxh von Hildebrand all ended up in New York City during the war years. All three continued resisting racist and fascist sympathies and promoting pluralist ideals in economics and politics. Still fraternal Catholic modernism remained in the minority in Catholic circles. Anti-Communism, rather than anti-Fascism, was the primary motivator during the war years and beyond.

Fraternal Catholic modernism was a monumental intellectual achievement, anyway. It proved that another story, besides that of an authoritarian, hierarchical, self-promoting institution, is possible in the Catholic sphere.

June 12, 2019 Christian Democrats. The Center-Right Post-War Years
Recent Comments
1 Comment | Leave a Comment
"There are other factors at work, which mean that climate science is hard to accept. ..."
Brad of the North Corona, Global Warming, Sacrifice, and Hope
"I meditate on the fact that Jesus has returned as he promised. He stated over ..."
Randall Jesus’ Second Coming Should Be the ..."
"Yes. I do too. The angel says Jesus will return."
fritzpatrick Jesus’ Second Coming Should Be the ..."
"When I meditate on the mystery of the Ascension, I also meditate on the Parousia."
Ame Jesus’ Second Coming Should Be the ..."
Browse Our Archives
get the latest updates from
Lost in a One-Acre Wood
and the Patheos
Catholic
Channel
POPULAR AT PATHEOS Catholic
1

On Harassment and Spiritual Abuse in...
Steel Magnificat
Related posts from Lost in a One-Acre Wood 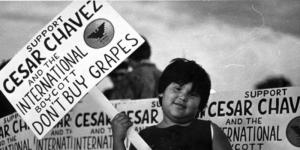 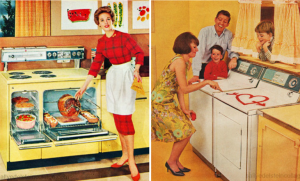 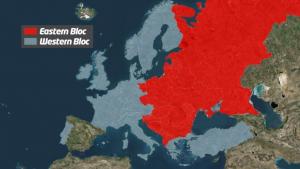 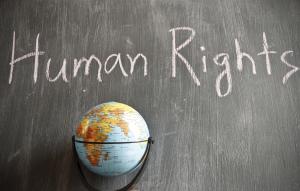