What the media isn’t saying about the history of Mormon polygamy in Mexico, on Religion News Service—“Beginning in 1885, church leaders established the Mexican colonies as a refuge where polygamous families could live free of prosecution, and leaders encouraged these families to move to Mexico.”

OK, Fine. Let’s Talk About “Harriet”, on Buzzfeed—“Although black slave catchers were a relative rarity, the film demonstrates that there really is no such thing as a black body unencumbered by the constraints of a country founded on the idea of slavery.”

The Massacre That Spawned the Alt-Right, on Politico—“The American left had largely given up on communism by then, but these demonstrators were full-on Maoists.”

I Accidentally Uncovered a Nationwide Scam on Airbnb, on Vice—“While searching for the person who grifted me in Chicago, I discovered just how easy it is for users of the short-term rental platform to get exploited.”

The 5 People Who Could Have Stopped Trump, on Politico—“Gambling regulators once contemplated yanking Trump’s casino licenses. Why they didn’t holds a lesson for lawmakers today.” 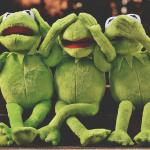 November 8, 2019
Stepping Heavenward: Katy and All the Insulting People
Next Post 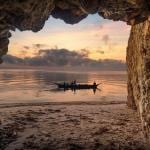 November 10, 2019 Lesbian Duplex 249: An Open Thread
Recent Comments
0 | Leave a Comment
Browse Our Archives
get the latest from
Love, Joy, Feminism
Sign up for our newsletter
POPULAR AT PATHEOS Nonreligious
1