Protesting during a pandemic is a risk. Many have decided it’s worth it, on Vox—“Blake works with public health professionals and ER doctors every day, and knew joining a crowd was dangerous — for both herself and the community. But she made a careful calculation: Covid-19 is a huge risk, and to her, the protests were worth it.”

“I Don’t Want to Shoot You, Brother”, on Pro Publica—“A shocking story of police and lethal force. Just not the one you might expect.”

How to Reframe the Civil War in the Classroom, on Blue Book Diaries—“Tackling the mythology head-on will often be wise. But there are also subtler ways we reinforce or challenge the pro-Confederate pattern of thinking, usually without realizing it, and we should address those too.”

The American Nightmare, on the Atlantic, by Ibram X. Kendi—“To be black and conscious of anti-black racism is to stare into the mirror of your own extinction.”

How the GI Bill’s Promise Was Denied to a Million Black WWII Veterans, on History.com—“When Eugene Burnett saw the neat tract houses of Levittown, New York, he knew he wanted to buy one. It was 1949, and he was ready to settle down in a larger home with his family.”

The Story Has Gotten Away from Us, Columbia Journalism Review—“For the most part, journalism has decided that the coronavirus and the killing of George Floyd, a forty-six-year-old Black man, in Minneapolis, are two distinct stories. That’s fiction.”

Dear Evangelicals, You Must Know What You’ve Done To be Healed, on Kyle J. Howard—“Several years ago, I was entirely devoted to the evangelical world. I was an elder qualified lay leader in an evangelical church discipling and caring for its members as well as providing crisis counseling care. … However, my entire world was flipped upside down when Eric Garner was murdered, and I chose to speak up.

I Spent My Career in the U.S. Navy. The U.S. Military Must Stand Up for Its Soul in This Moment, on Time—“Our military numbers about 1.2 million active duty. They are sworn to protect and defend the constitution of the United States, and the vast majority would instantly lay down their lives to do so. But they are not meant to be turned against their fellow citizens.”

Yes, Black America Fears the Police. Here’s Why, on ProPublica—“Shots were fired in Long Island, but there was no rush to call 911. It made perfect sense to ProPublica’s Nikole Hannah-Jones.”

How Tear Gas Works: A Rundown of the Chemicals Used on Crowds, on Scientific American—“here are two broad types of tear gas—and they’re both engineered to cause pain.”

Dear Philanthropy: These Are the Fires of Anti-Black Racism, on Nonprofit Quarterly—“It did not however take long for philanthropy to begin to shift its priority from funding Black-led movement to funding specific interventions it thought were best for Black communities.”

Breonna Taylor Is One of a Shocking Number of Black People to See Armed Police Barge Into Their Homes, on Mother Jones—“In mid-March, police officers barged into Breonna Taylor’s home in Louisville, Kentucky, in the middle of the night and discharged a spray of bullets that struck and killed the 26-year-old EMT.”

The Only Justice for George Floyd Is To Finally Abolish Slavery in the U.S., by Andre Henry—“But the truth is that murders like Floyd’s will never truly become a relic of the past until the U.S. finally abolishes slavery. One of the greatest myths about slavery in America is that it ended.”

Theft of the Century / A Childhood in Moldova, on George Olear—“WHAT DOES it look like when the Russian mafiya takes over an entire country and strips it down for parts? It looks a lot like Moldova, a sovereign nation half the size of West Virginia sandwiched between eastern Romania and Ukraine.”

June 5, 2020
Island of Aquarius: The Choose Your Own Adventure Bridge
Next Post 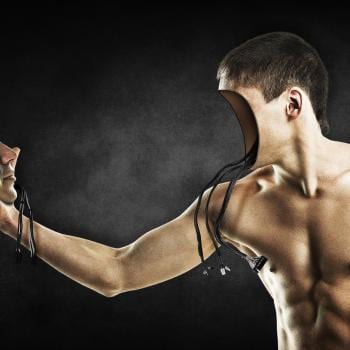