Op-Ed: Kids can’t write cursive. The world won’t end, on the LA Times—“The real lessons, then, were not in how to communicate, but in how to conform to a standardized model, obey authority and follow rules.”

What Elizabeth Warren’s loss says about us, on Vox—“Donald Trump has a plan for nothing. So why did voters reject the candidate who has a plan for, well, everything?”

On body horror and growing up strange, on Welcome Collective—“We can’t get enough of stories about the fragile precariousness of our meat and skin and bone.”

How Steak Became Manly and Salads Became Feminine, on The Conversation—“Food didn’t become gendered until the late 19th century.”

Re-reading Narnia: The Last Battle, on Seven Miles of Steele Thistles—“When I was a child, of all the Narnia books The Last Battle was the one I liked least. I read it perhaps only two or three times compared with countless re-readings of the others; this was because I found it uncomfortable, disturbing.” 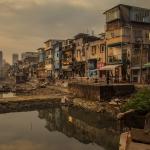 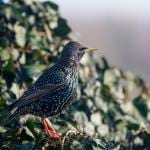 March 8, 2020 Lesbian Duplex 263: An Open Thread
Recent Comments
0 | Leave a Comment
Browse Our Archives
get the latest from
Love, Joy, Feminism
Sign up for our newsletter
POPULAR AT PATHEOS Nonreligious
1