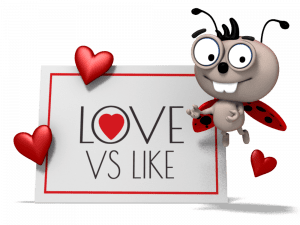 (That’s another topic for another blog post. Moving on…)

I think the most misunderstood emotion beside love is “like.” If love is the substance of all things, I think “like” is probably the oil that lubricates everything.

Recalling Jesus, again, we are to love one another as we love ourselves. I believe this is literally how we love God. You cannot love anyone if you are unable or unwilling to love yourself. There is, however, no biblical instruction to “like” everyone. I’m going to go out on a limb, here, and actually say it is impossible to “like” everyone.

There are two reasons I think that — preference and compatibility.

Preference simply says there are some things I will — either by nature or by nurture — not like. When I was growing up in Detroit in the 70’s, you fell into one of three automotive camps: GM, Ford, or Chrysler (or, if you were a fringe-dweller, American Motors). Whichever camp you were in, anything outside that group was blasphemous. Then, for each of these, there were GM (Chevy, Pontiac, Olds, Buick, or Cadillac), Ford (Ford, Mercury, or Lincoln) and Chrysler (Plymouth, Dodge, or Chrysler) factions.

Kinda like Baptist, Pentecostal, or Apostolic. But I digress…

The preference was simply what you liked. Whether it was styling, engineering, or reputation, you chose one or the other. For most of my childhood, I was a die-hard Pontiac purist but, once I became an adult, I switched my allegiance to Ford. Later, I became a fan of German marques and that is where I pitch my automotive tent.

Fun fact about me: I hate watermelon. Insert ethnic joke, here. I also hate coconut. I love bacon, wholeheartedly, so I often refer to coconut as the “anti-bacon.” Funny thing is my food preferences were part of my nature but my automotive preferences were determined by my environment and relationships.

For example, no one is born a Packers or Bears fan; someone helped influence that preference.

The second is compatibility. To the untrained eye, two gears may look compatible but one is for an automotive engine and another could be for a jet engine. They may look similar — and may even work together expediently — but they have two distinct purposes.

I am writing this on an Apple MacBook Pro. I happen to like Apple products. They may not be the “best-of-breed” devices but they definitely are “best integrated.” This means they all work well together because in the strictest mechanical sense, they “like” one another.

All of humanity are blessed with diverse gifts and talents. And, while I no longer believe in the proverbial “God-given purpose,” I believe that our gifts, talents, and abilities fall within a certain range. For example, there are people with musical talent but all cannot sing. Or many may be analytical but all not mathematical.

When it comes to teams — whether they be business, athletic, or community, these teams work best together when there is some “chemistry.” Does this mean that everyone has to like one another individually or consistently? Not necessarily. I, for one, have been part of teams with people I disliked intensely and would not interface with them outside the team construct. However, we all made a collective decision — consciously or subconsciously — that we had affinity for our goal that caused us to subordinate our dislike for each other.

I want to hang my hat here for a minute — because some people will read this as a license to discriminate. It’s one thing to work together with people whom you dislike but it’s another thing entirely to exclude them because of an attribute. Don’t get it twisted!

In my years in ministry, in marital counseling, I’ve often said that Like > Love. I stand by this premise. We can all be dedicated (well, at least try to, anyhow) to the universal principle of love — that is, “love is a choice.”

However, you simply will not like everyone. Far too many of us are smitten with physical attributes. Many of us are take by spiritual attributes. But what about intent preference? What happens when physical appearances change (they do)? What do you do when spiritual growth happens (it does)? Do you fold your tent, douse your fire, and move on?

It’s not my intent to make this a referendum on marriage — the principle of “like” applies to many things. For example, you don’t go to restaurants where you dislike the food. You may dislike a particular brand of car. You may even dislike a certain genre of music. And if you dislike these things, you will not participate in them.

When it comes to people, though, we have to take a slightly different approach. I do my best not to prejudge, so my modus operandi in this case is to extend a certain amount of “like” and “trust” “credit” to people. Like a lending institution (because everything, at the end-of-the-day is borrowed), I extend credit to everyone I meet. How they handle this credit determines if I allot more to them or withdraw it from them. The higher the “score” generally refers to how much I “like” them. This gives me a simplified approach to relationships. Of course, humanity is not quantifiable by simple metrics, so I leave plenty of room for nuance.

When the dust settles, I vibe with my tribe. And my tribe is who I like. I’m not moved by external things by which I may make sweeping judgments; rather, I’m moved by how well we flow together. “Love” makes you a part of the human family; “Like” grants you access into my world.

Tying this back to Gandhi, I love Christ and I like Jesus. I love the people who call themselves “christian” but I don’t like “christianity.” I can comfortably and confidently say this because I know Jesus and I know “christianity.”

That’s a distinction that can only be discerned by be made by knowing nuance.

August 14, 2020
A Gift to Humanity - Remembering my Father-in-Love
Next Post 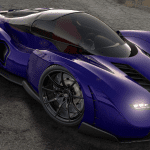 A night with Lot in Sodom,...
slacktivist
Related posts from Love Minus Religion