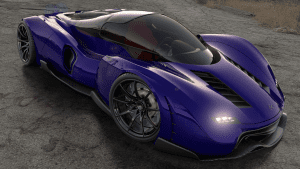 When I was a kid growing up in Detroit, one of my greatest joys was the Auto Show season. This was when the convention center downtown was converted into an automotive dreamscape.

Besides all the cars available for the new model year, this was the time when automakers rolled out their concepts and prototypes.

Concepts are artworks that look like cars but have no powertrain. They are designed to visually stimulate and evoke an emotional response. They also are used as thought-experiments, illustrating what can be done when there is no engineering restraint.

Prototypes are actual cars that are built to give life to a concept and showcase new technologies and to gauge public interest as to whether or not it would be viable in the marketplace.

The thing about concepts and prototypes is that you can’t get too attached to them. Concepts are hollow, devoid of substance, and leave the observer with a false hope. Prototypes offer the potential of promise but, as often as not, are relegated to historical footnotes.

These auto shows also offer hope to the workers and well-heeled, alike, in that there’s always shiny new production models that you can touch, sit in, and — if you have the means — drive.

Which brings me to a religious application — western christianity has fallen in love with Jesus concepts and prototypes while production Jesus often sits in a showroom, gathering dust.

The Jesus concept is the uber-religious Pharisee of pharisees. This Jesus appeals to the power-hungry because he brings the full judgment and wrath of God into the sphere of humanity. This concept promises absolute power to those who will conquer in his name and vanquish perceived sin. The followers of the Jesus concept proudly proclaim that —because he came to fulfill the law — he will usher in an age of righteousness for them and an age of suppression of everything that doesn’t mesh with their religious interpretation.

Like a concept car that purports to be nuclear-powered, the Jesus concept looks good on paper but is a potential threat to its environment and promises a Chernobyl-like disaster when it inevitably crashes.

The Jesus prototype, on the other hand, promises to remake humanity in its image. As the “second Adam,” this prototype illustrates what mankind can be if it only accepts a one-time download and upgrade. The Jesus prototype points to a future of love and Grace but is still powered by law and religion. And like spy photos in car magazines, the prototype Jesus is heavily camouflaged so that it cannot be recognized for what it is.

The funny thing about prototypes is when done right, you get something like the new Corvette; when done wrong, you get a Pontiac Aztec.

The Production Jesus demonstrates the true potential of humanity. This Jesus illustrates that mankind was engineered properly and was delivered from the factory with all options necessary to accomplish its full potential. Indeed, all that is required to unlock the power of the full option package is for individuals to awaken to the realization of their divinity. The Production Jesus illustrates the painstaking craftsmanship of God and the efficiency of the divine supply-chain.

The beauty of the Production Jesus is that it is never detached from it’s source. It is entitled to a lifetime of downloads and upgrades and can be refreshed and restyled at any time by request — and the manufacturer is more than happy to oblige!

One thing that separates concepts and prototypes from production models is that the average person only can experience them by reading about them. The average person can only learn about concepts and prototypes is by a written word. Production models can be experienced by real people — in showrooms, parking lots, curbside, and <gasp> by actually getting behind the wheel and driving.

Religion can only sell you a dream — either a hollow shell that appears to be something beautiful or a working model that demonstrates capability but is something you can never lay hold of. But Jesus was never meant to be relegated to closed circuits and restricted to the chosen few. He’s meant to be on the open road, in the hands of those who want to experience the thrill of the drive with no religious baggage. 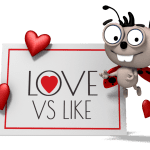 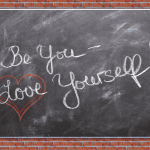 January 5, 2021 Self-Love — The Greatest Love of All!
Recent Comments
0 | Leave a Comment
"Actually, no, because their method of interpretation was dishonest to say the least. It was ..."
Alan The Bible Clearly Says…NOT!
"After sitting there you gained an understanding of the bible sufficient to allow you to ..."
Bob Shiloh The Bible Clearly Says…NOT!
"Building doctrines or beliefs on a translation is a large part of the problem. Along ..."
Euro Man The Bible Clearly Says…NOT!
"Bravo Derrick! You have entered a place of spiritual liberty! Now you find God everywhere. ..."
Paula Thompson Detoxing From Christian Churchianity
Browse Our Archives
get the latest updates from
Love Minus Religion
and the Patheos
Progressive Christian
Channel
POPULAR AT PATHEOS Progressive Christian
1