What is the Bible? Answering 4 Common Questions About the Bible: Part 1

What is the Bible? Answering 4 Common Questions About the Bible: Part 1 October 4, 2017 Mark Driscoll 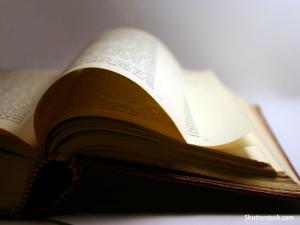 “‘Man shall not live by bread alone, but by every word that comes from the mouth of God.’” – Jesus in Matthew 4:4

There is simply no book in the history of the world like the Bible.

The Bible has been translated into more languages than any other book in the history of the world, is the best-selling book of all time, and has become an integral part of cultural thinking. After all, who hasn’t heard phrases like the Good Samaritan, scapegoat, or prodigal son, along with other biblical imagery?

As a kid, I grew up in a home that had a Bible. As a teenager, I worked at a hotel that had a Bible in every room and cases of extra Bibles in storage. Yet, I don’t remember ever really picking one up or giving one much thought.

All of this changed in college. A young woman (now my wife) gave me a precious gift – an expensive leather Bible with my name embossed on the front. I started reading that Bible in college, and it literally changed my entire life—current and eternal. I became a Christian reading that Bible, and am honored to have spent the last few decades preaching through a few dozen books of the Bible verse-by-verse.

In this four-part blog series, I hope to help answer some of the most common questions about the Bible.

“The grass withers, the flower fades, but the word of our God will stand forever.” —Isaiah 40:8

The Bible is actually more like a small library than a singular book. It contains sixty-six separate books (thirty-nine Old Testament and twenty-seven New Testament) written in three languages (Hebrew, Greek, and a bit in Aramaic) over a period of more than a thousand years by more than forty authors of varying ages and backgrounds who wrote on three continents (Asia, Africa, and Europe).

The Old Testament was written on papyrus—a form of paper made out of reeds; the New Testament was written on parchment—prepared animal skins. Because both of these materials easily degrade under hot and dry conditions, it is by God’s providence that we have so many copies of ancient manuscripts intact today. Incidentally, the various chapter and verse divisions in the Bible were not part of the original books. A lecturer at the University of Paris created the chapter divisions in 1228. Its current chapter and verse divisions were not fully developed until 1551. Like an address on a home, they were added to help people locate verses and chapters quickly and easily.

When it comes to the Bible, I like to say, “It’s all about Jesus!” The Scriptures exist for many reasons, and chief among them is the revelation of the person and work of our great God and Savior—Jesus Christ. The following examples indicate exactly how Jesus Himself taught us to rightly understand the Bible:

What do Christians believe about the Bible?

“All Scripture is breathed out by God and profitable for teaching, for reproof, for correction, and for training in righteousness, that the man of God may be complete, equipped for every good work.” – 2 Timothy 3:16-17

Unless the Holy Spirit illuminates the understanding of a non-Christian, this opposing view of Scripture will always be the case. As 1 Corinthians 2:14 puts it: “The natural person does not accept the things of the Spirit of God, for they are folly to him, and he is not able to understand them because they are spiritually discerned.”

I once thought the Bible was, at least in parts, foolish nonsense. This began to change as I read the Bible for myself and study the parts that most troubled me. In this process, I was drawn to the Bible like nothing else I had ever studied. It began to humble me, teach me, and change me. Because of that change in my life, I like to try and help people who may have questions about or objections to the Bible.

At the heart of the Christian view of the Bible is the concept of verbal plenary inspiration. There’s a lot packed into those three words, so let me explain what it means and what it doesn’t mean. Verbal plenary inspiration is a way of saying that God the Holy Spirit inspired not only the thoughts of Scripture, such as the ideas, but the very words and details of Scripture.

Jesus himself said: “For truly, I say to you, until heaven and earth pass away, not an iota, not a dot, will pass from the Law until all is accomplished” (Matt. 5:18). The English Standard Version (ESV) Study Bible says this about the passage: “Jesus confirms the full authority of the OT [Old Testament] as Scripture for all time … even down to the smallest components of the written text: the iota is the smallest letter of the Greek alphabet … and the dot likely refers to a tiny stroke or a part of a letter used to differentiate between Hebrew letters.”

God authored the entire Bible, down to every word. But God didn’t figuratively sit down at a desk, take out a pen, and start writing down the Bible. Instead, he inspired writers throughout history to write down Scripture. These human authors retained their own style, voice, perspective, and cultural distinctions, yet God uniquely inspired them to write down what he wanted recorded with complete accuracy. This is different from, say, the Qur’an or Book of Mormon, which adherents of Islam and Mormonism claim was the result of someone taking dictation.

1 Peter 1:20-21 explains it this way, “…no prophecy of Scripture comes from someone’s own interpretation. For no prophecy was ever produced by the will of man, but men spoke from God as they were carried along by the Holy Spirit.”

What does the Bible say about itself?

If you want to really get to know someone, the best thing to do is allow them to speak for themselves. Similarly, it is both reasonable and helpful to let the Bible speak for itself. Here are a few of the deeply meaningful insights that Scripture reveals about itself:

And here are some poetic images from Scripture about Scripture:

Have you ever wish that God would speak to you? Do you wish you could get a word from God? According to the Bible’s own declaration, God has spoken through His Word.
By its own declaration, the importance and trustworthiness of Scripture can hardly be overstated. From God to you, the Bible remains a wonderful book that is also reliable and relevant. If you want to hear a word from God, the best thing to do is read the Word of God. 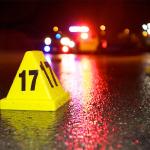 October 2, 2017
Answers to 4 Questions About Violence in Vegas
Next Post 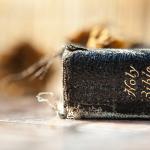 October 6, 2017 Why Are Some Books in the Bible, But Not Others? Answering 4 Common Questions About the Bible: Part 2
Browse Our Archives
get the latest from
Pastor Mark Driscoll
Sign up for our newsletter
POPULAR AT PATHEOS Evangelical
1

The Real Issues At Play in...
The Chorus In The Chaos
3

The Institutions Americans No Longer Believe In
A major business leader is bullish about the American economy in the...