Not Everyone Dies and Goes to a “Better Place” 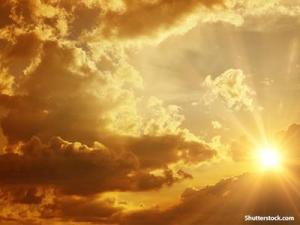 Some students at a major state university approached me for help on a research project on world religions. They brought their own wide range of spiritual backgrounds. A few were international students. Some were Muslims, at least one was Hindu, and another was raised Jehovah’s Witness.

The questions they pressed the hardest were about the exclusivity of Jesus as the only way to heaven. I tried to lovingly but clearly explain that Christians believe Christ alone saves because Christ himself taught that. He was put to death for saying it, and for 2000 years Christians have said the same thing and suffered in similar ways.

At the outset, I feared I would unnecessarily offend these nice people I had just met. So, I tried my best to be tactful. During the conversation, a student visiting from an Islamic-ruled country made me rethink. He said, “You are a Christian and I am a Muslim. We worship different gods and believe different things. It does not offend me when Christians say that because it is true. What offends me is when people who do not understand our religions say they are basically teaching the same thing, because they are not.”

Our discussion turned to the difference between our religions. The Hindu said it was reincarnation and not resurrection that would deal with our problems. The Muslim said it was our faithful life and not Jesus’ faithful life that counts. And the Jehovah’s Witness said that Christians were wrong about Jesus and that the only real church was his.

It became obvious as we talked that we all thought the followers of other religions were wrong and would pay for their error in the life to come. We each tried to make the best case for our belief system in hopes of compelling the others to consider it for themselves. While I disagreed with the others, their beliefs were genuine. And because they were trying to help me by converting me, I felt loved because they cared about my eternal destiny.

It is not mean for a Christian tells others that Jesus alone saves. It is like warning a friend getting sucked into a bad relationship. You see danger but they have been duped. Speaking up might feel uncomfortable, but it is the only compassionate choice.

Illusionist and atheist Penn Jillette tells about getting handed a Bible after a show. “I wanted you to have this,” the man said. “I’m kind of proselytizing. I’m a businessman. I’m sane. I’m not crazy.” The man likely knew he was talking to a resolute atheist, but he was neither aggressive nor defensive. He just looked Jillette in the eye, said some kind words about the show, and gave his gift. The outspoken Jillette says this about the encounter. 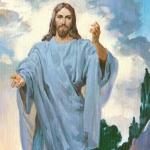 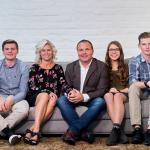 September 17, 2018 What Mark Driscoll and Family Have Been Up To
Browse Our Archives
Related posts from Pastor Mark Driscoll