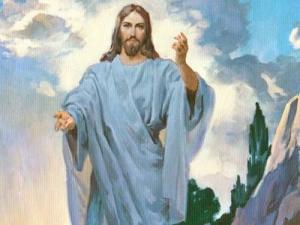 People outside the church have always thought we Christians are mistaken about Jesus and His claims. But their newest objections to Christianity have taken a harsher turn. These criticisms are not just vaguely intellectual. They get highly emotional. People believe our exclusive message is not only incorrect but immoral. This is a massive shift from head to heart.

Today, people take issue not just with the Christian message—what we say—but how we say it. Some prefer we simply keep our beliefs to ourselves:

Phoenix guy: “I think a big thing for me, at least, is when people are so out with their religion where it’s just so in your face and it’s so pushy on me. I really don’t like that. It really turns me off. Even when it’s not forceful. I find it odd sometimes because I think that your relationship with God and religion is just something that you should share with yourself and God. I don’t think that it’s something that should always be talked about and always be out there.”

Long-time Christian strategist Tom Gilson explains what is going on. He picks apart the arguments of Kirby Godsey, a former Baptist university president who has launched a full-on assault on Christian exclusivism.(1) Gilson writes, “Godsey doesn’t tell us we should reject exclusivism because it is false. Instead he says we should reject it because it’s bad, and those who believe it are bad. Exclusivism, he tells us, is arrogant, born out of psychological weakness, ‘abrasive and hostile,’ authoritarian and so on.”(2)

In their book American Grace authors Robert Putnam and David Campbell call this the “Aunt Susan Principle.” The gist is that Aunt Susan was really nice and loved me and did not believe in Jesus but lived a good life and believed in God and if you say she is in hell you are being very mean and cruel:

Austin guy: “When I got to college I joined a fraternity, met one of my pledge brothers and he’s from Long Island. He’s Jewish, his whole family is Jewish, they all stay Kosher, all these things. I was thinking about it, he’s a really good friend of mine and I was just thinking about it. One of the reasons the Bible, not the Bible necessarily but religion tells me that he’s supposed to go to hell because he doesn’t believe in Jesus. I just don’t understand things like—that’s just a personal experience of how it’s hard for me to reconcile someone who I believe is a good person.”

This new objection means that we cannot open our mouths without coming off as unloving. After studying all of our focus group responses our facilitator summed up what people considered the extreme wrongs committed by many Christians: 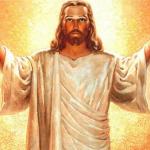 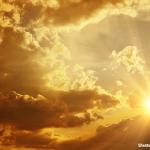 July 27, 2018 Not Everyone Dies and Goes to a “Better Place”
Browse Our Archives
get the latest from
Pastor Mark Driscoll
Sign up for our newsletter
POPULAR AT PATHEOS Evangelical
1

Final Thoughts on Embracing Sexual Purity and Preventing...
I’m glad to say—and some readers will be very glad to hear—this...
view all Evangelical blogs
Copyright 2008-2020, Patheos. All rights reserved.