Fake News, Political Coverage, and the Smear Campaign Against Jesus

Have you ever walked into a carnival funhouse and looked into one of the mirrors? It’s pretty crazy that in one mirror you look tall and skinny, and in the next mirror you look short and stocky.

Today, the world is a carnival and the news channels are those mirrors. Whatever person or issue you are trying to figure out, as you flip through the channels, you are given a completely different picture from each one. Every single news mirror claims to be the accurate one, and after a while you can get so confused that you don’t know what reality is.

Fake news is nothing new. A long time ago—before cameras, microphones, or social media—there was fake news against Jesus Christ. In fact an ongoing, active, ugly smear campaign went against Jesus for pretty much his entire public ministry. This just goes to show that the only way not to get publicly smeared is to have nothing, say nothing, do nothing, and become nothing.

Christians tend to think of Jesus as they have been taught according to the Bible. But, did you know that fake news attacked Jesus? If you listen to those who criticized and publicly attacked Jesus in the Bible, here’s what you’d believe about Jesus Christ.

Jesus had some very real enemies. They had a constant public plan to ruin his reputation. They said he was a drunk glutton with no self control, and a demon-possessed party animal who spent a lot of time at parties with the kinds of folks who like to wear underwear as outerwear while breaking the commandments with full zeal. That’s a rough public relations nightmare for a homeless single guy trying to launch a brand new ministry from scratch. Jesus—who never sinned—did call the religious leaders attacking him hypocrites, whitewashed tombs, serpents, blind guides. He also said that their dad was the devil which means that their mom shagged the Devil—all of which probably got pretty emotional with a lot of emojis. Today, if we were to live stream or publish Jesus’ critic’s perspectives in a book, advertisers would jump on the chance to promote the tell-all story. We can guess that this would create quite the controversy, as conflicting narratives would go into battle and amplify the debate even more.

Jesus was constantly misrepresented. Religious people were constantly harassing him in public. They would wait for a crowd to surround Jesus, then pick a fight, start an argument, or try to incite a riot. Quite frequently, Jesus would have to make a run for it because things had gotten so precarious that he was in real danger. This harassment included threats of legal action, which culminated when Jesus was falsely arrested, tried, and convicted of a crime so heinous that he got the death penalty. Even without social media, the crowd found a way to gather, turn into a mob, and demand that he be run out of ministry and disgraced. Beaten beyond recognition, stripped nearly naked, and hung up to bleed before a cheering crowd, he looked down and saw his mom—who had also had her name dragged through the mud since even family isn’t sacred when the angry mob decides it’s time to satiate itself with more blood. What was she most likely doing? Weeping.

Jesus was none of the things he was falsely accused of. The same goes for his godly mother Mary.

Jesus took all of this falsehood and went to the cross to forgive his enemies. While hanging, sweating, bleeding, and dying Jesus, spoke seven final things. The first was, “Father forgive them,” to which they responded by shoving a sponge in his mouth. This was likely the same sponge that Roman soldiers used as toilet paper on the battlefield. They would sop it in wine vinegar as a disinfectant, put it on the end of a stick, and use it to scrub their feces after they went to the bathroom in the field. This was what was likely shoved in Jesus mouth, because that’s how people who care more about their causes than Christ treat the truth.

Jesus died to forgive His enemies. He was then buried, and three days later he rose. To this very day, the smear campaign continues. Even Jesus gets dragged in by seemingly every angry social cause crusading digital mob. Apparently, Jesus is both for and against everyone and everything these days.

Thankfully, one day Jesus is coming back with a fire extinguisher to put out the fire and put down the prison riot that is currently the world. Until that day, we all need to do our best to figure out what is true and false about everyone, starting with Jesus Christ. We must also be careful that we don’t run with the mob or rush to conclusions; otherwise, we can find ourselves screaming and yelling “Crucify him! Crucify him!” on Facebook Live simply because we are trending and like the attention.

How about you? Are you determined that your carnival news mirror of choice is in fact reflecting reality? How are you responding while the world is ranting? Is it time to be a bit more like Jesus and not get drug into the mud slinging and instead love some folks? Is it time to find a way to stop making a diatribe and start making a difference in the life of others by saying less and serving more? 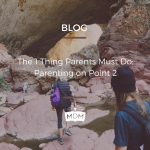 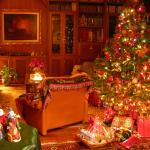 November 27, 2017 What Should Christian Parents Tell Their Children About Santa?
Browse Our Archives
Follow Us!

How Can You Know If You're...
Preventing Grace
4